Lamborghini may be forced to go for electrified powertrains in the future, but not before technical director Maurizio Reggiani got the green light to build his ultimate V12 firecracker. The track-only Essenza SCV12 is not just the most powerful Lamborghini ever thanks to its ram air intake pushing it to 830 horsepower, but it's also a toy producing more downforce than a Huracán GT3.

Between 1963 and 2011, the Sant'Agata factory used evolutions of the same V12 that Giotto Bizzarrini designed for the Lamborghini 350 GT in 3.5-liter form. After lots of tweaking, this V12 grew to 6,496cc for 2009's Murciélago SuperVeloce, only to be replaced by the new multi-port, fuel-injected L539 V12 at 6.5-liters in 2012's Aventador. By now, there are over 10,000 of these modern Lambo V12s out there, yet none are as violent as the non-road legal Essenza SCV12's, which boosts its naturally aspirated fury using a new set of Inconel exhausts.

Lamborghini Squadra Corse recently went to Monza with its SCV12 prototype to count all six gears of its Xtrac sequential gearbox, melt some wide Pirellis and calibrate those massive carbon ceramic brakes from Brembo. They also invited track-happy YouTuber 19Bozzy92, who had this to add about his first encounter:

"Last week Lamborghini Squadra Corse invited me to attend a development test of their new Essenza SCV12, Lamborghini's track-only hypercar unveiled a couple of months ago. No, I'm not one of the lucky owners of this beast but they gave me the amazing opportunity to be the first one to record the SCV12 in the raw, pure sound way I have accustomed you during all these years. If that wasn't enough they also allowed me both to take some clips of the engine bay and to put my GoPro inside the cockpit for a couple of laps around Monza Circuit. Due to Monza's characteristics, the day was mainly focused on testing brakes and their behavior, trying different solutions. During this test the development car was driven by Emanuele Pirro and Raffaele Giammaria."

With Pirro being a five-time overall and six-time class winner at Le Mans, and Giammaria a former Italian GT3 champion, Squadra Corse's prototype for Lamborghini's upcoming 40-unit run of Essenza SCV12s was driven as it should be.

Now, all they need to tell us is what their roofless speedster prototype is. Come on, dear Squadra Corse... 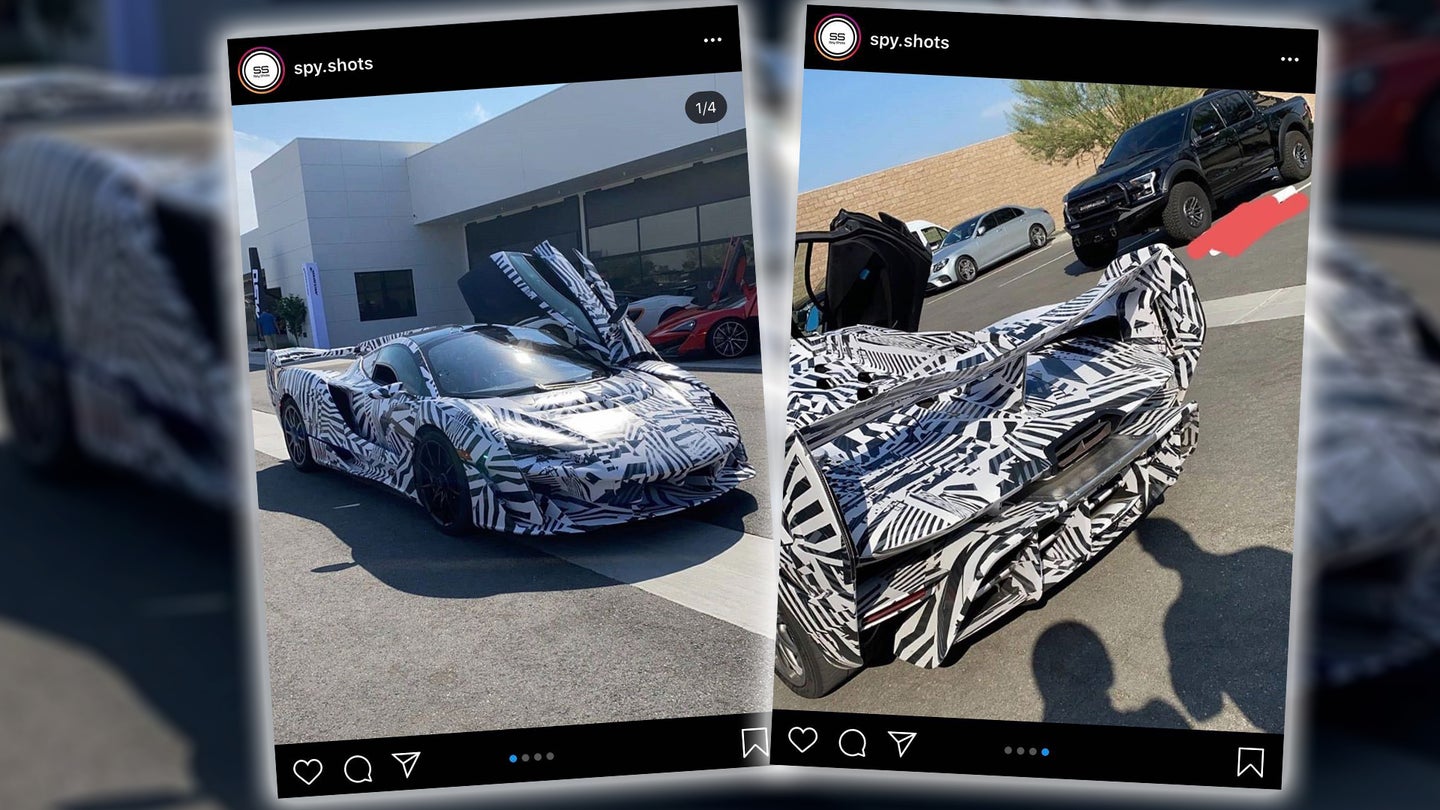 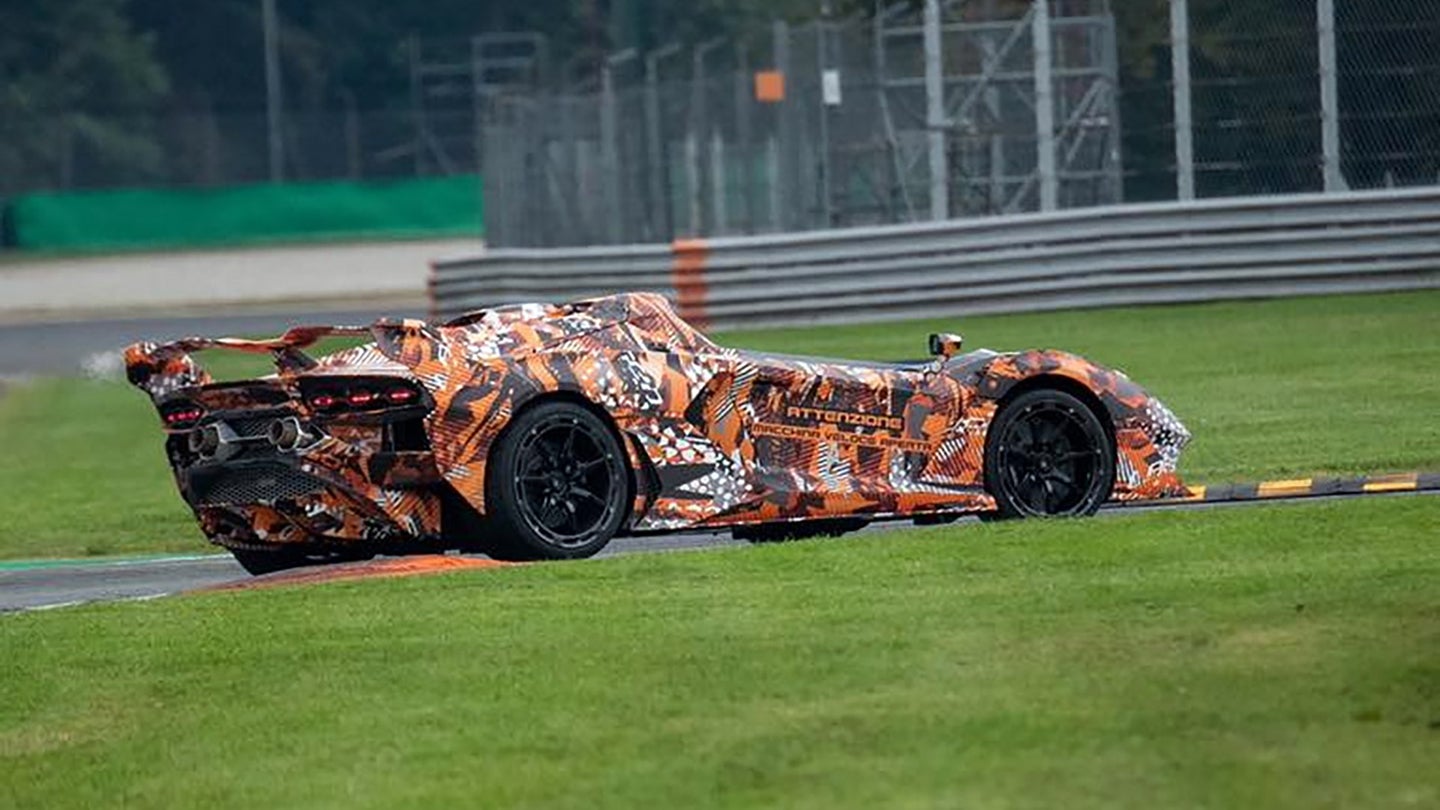 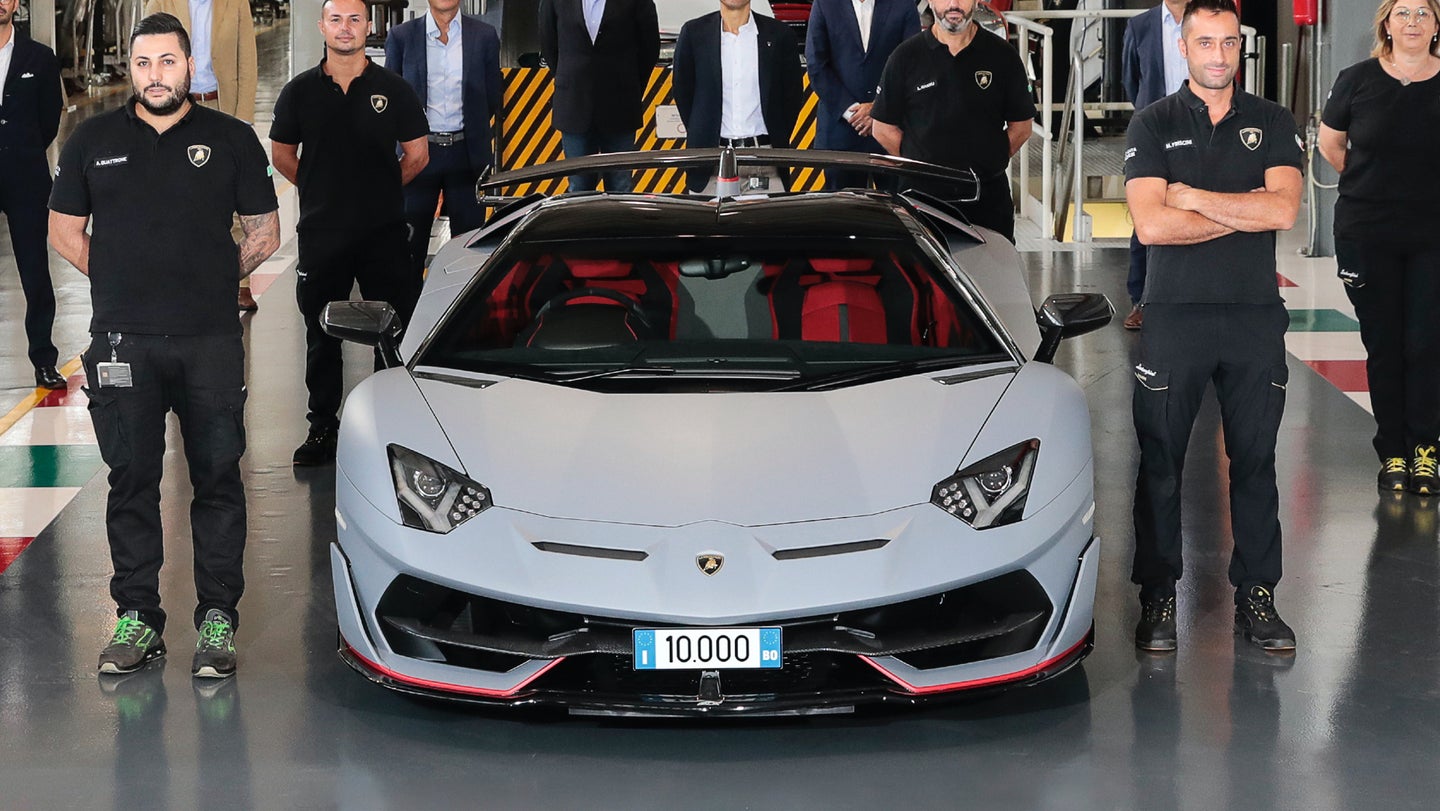 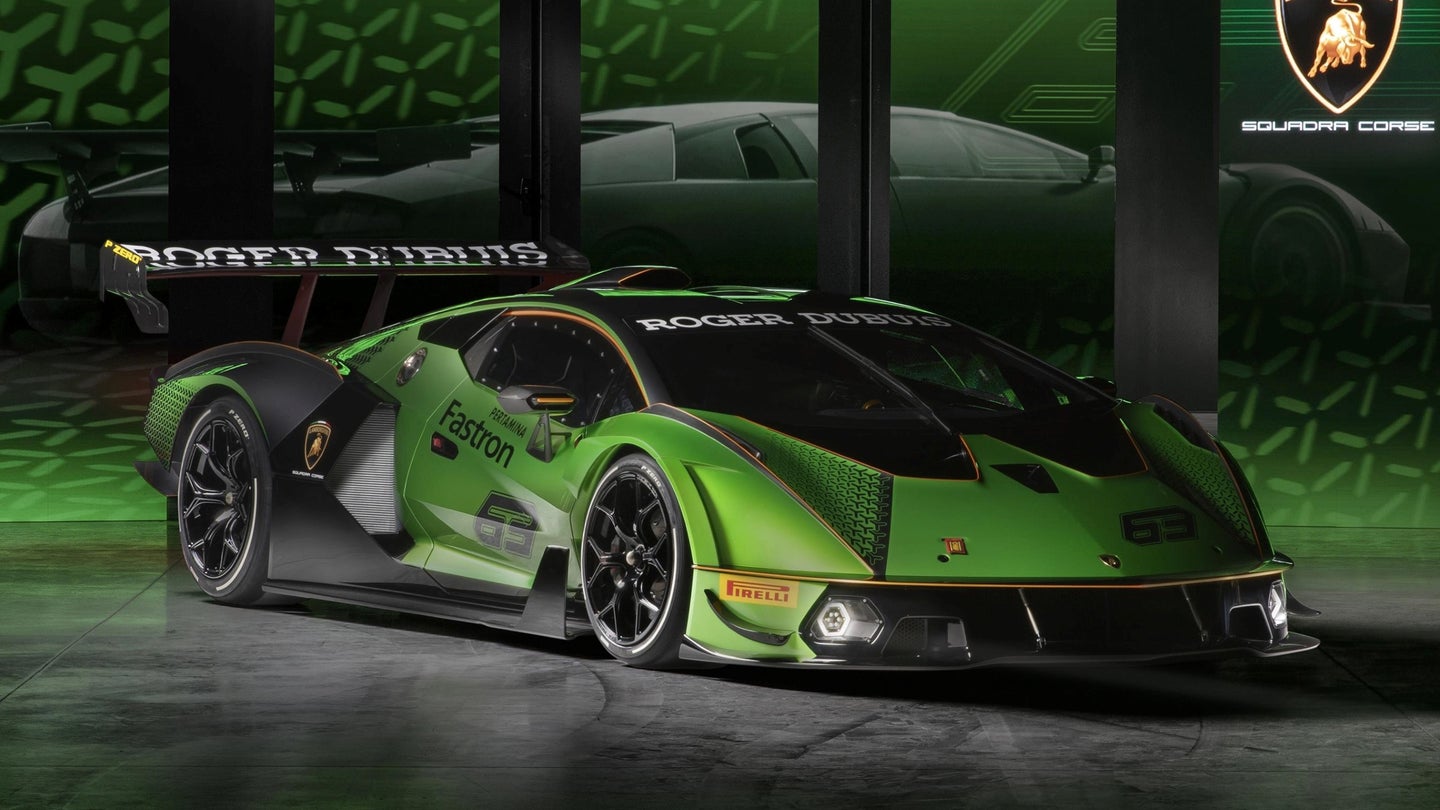 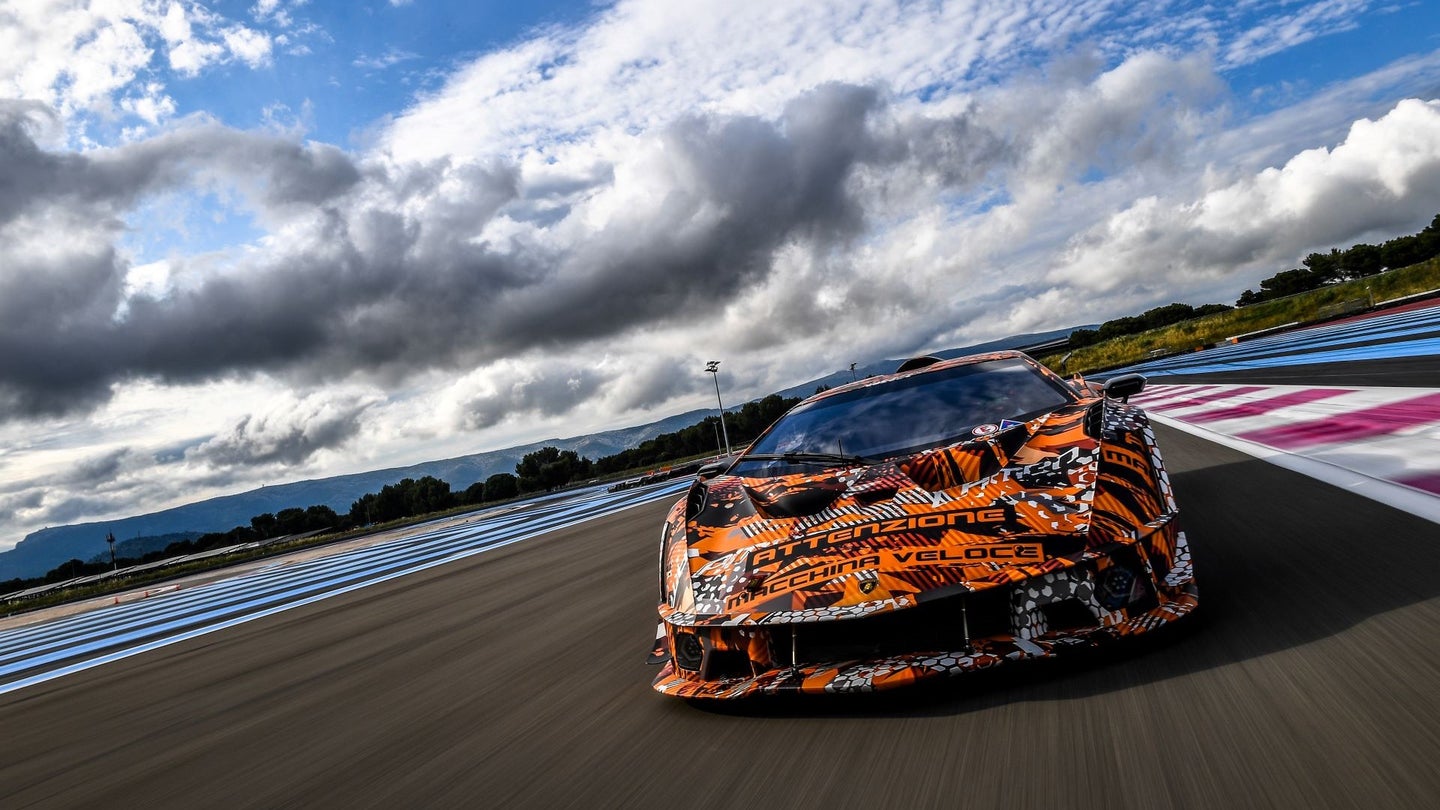