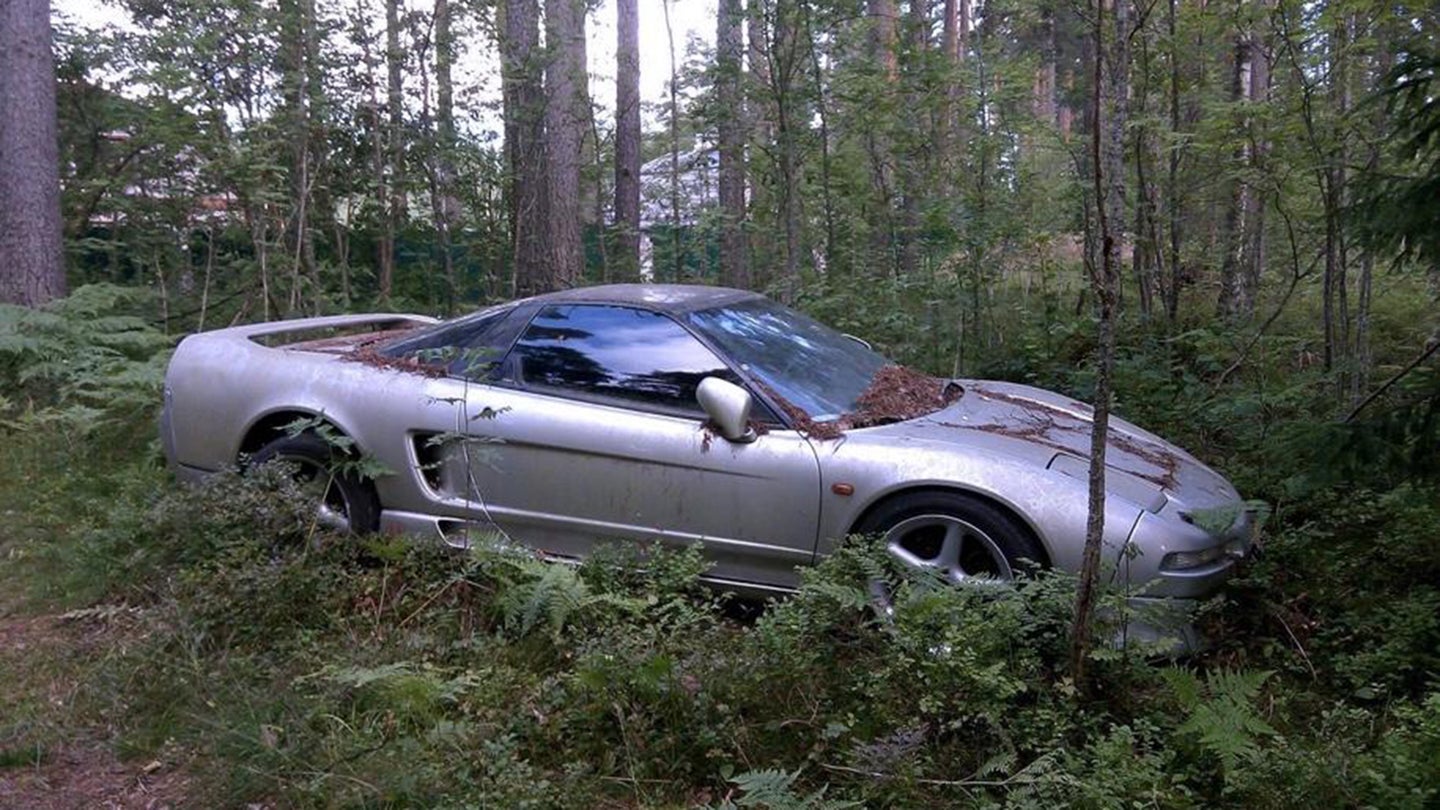 There's something about seeing a modern car completely abandoned and left to the elements that stirs the imagination. Maybe it's because it's a bit like time travel, maybe because there's usually a hell of a story—but it's a sight that always grabs our attention. Throw in a first-generation Honda NSX and a stretch of the taiga in Russia? Now we're paying attention.

The 2016 rebirth of the Honda/Acura NSX was one of the most anticipated car launches of the decade. That's in part due to the nearly 10-year-long development timeline, but mainly because the first-generation NSX is rightly revered as one of the greatest sports cars of the 1990s. Conceived by Honda in the late 1980s as a mid-engined rival to the likes of Ferrari, the NSX was a true engineering tour-de-force. A hand-picked team of Honda's finest used Formula 1-derived techniques and technologies—plus the work of test driver Ayrton Senna—to craft a budget supercar with razor-sharp handling, a screaming V6, and the reliability of an Accord.

Debuting in 1990, the original NSX ran for nearly 15 years with very few changes—an extended production run that's basically unheard of these days. That hasn't stopped them from becoming collector's items, though, and the fact that the car was never officially sold in Russia makes it all the more strange to see one discarded like a beer can (or vodka bottle, as it were) in the woods outside St. Petersburg.

The bizarre picture up top surfaced on a Reddit thread over the weekend, and users quickly uncovered this article from a Russian car news website that claimed the car was abandoned after the previous owner failed to sell it. It sat in the forest for years; at some point, its engine was reportedly removed. According to the original post, the car was discovered by a group of "mushroom pickers" foraging in the woods this fall and was promptly rescued by a local garage.

Or was it? In an update, Drive2.ru posted some new information that sheds some light on what has to be the rarest abandoned car in Russia. In their telling, reportedly backed up from the garage that took possession of the NSX, the car was imported from Germany back in 2005 by the original owner. The car was in the process of being upgraded by a Moscow shop when the owner pulled the plug over the build's skyrocketing price. The shop kept the engine, the owner kept the shell, and the gutless NSX was left to rot behind his dacha until he finally decided to revive it this fall.

And while the car definitely looks mossy and weather-beaten in situ, pictures provided by the garage show it shined up pretty nicely after a good long bath. It's a legend for a reason, after all.