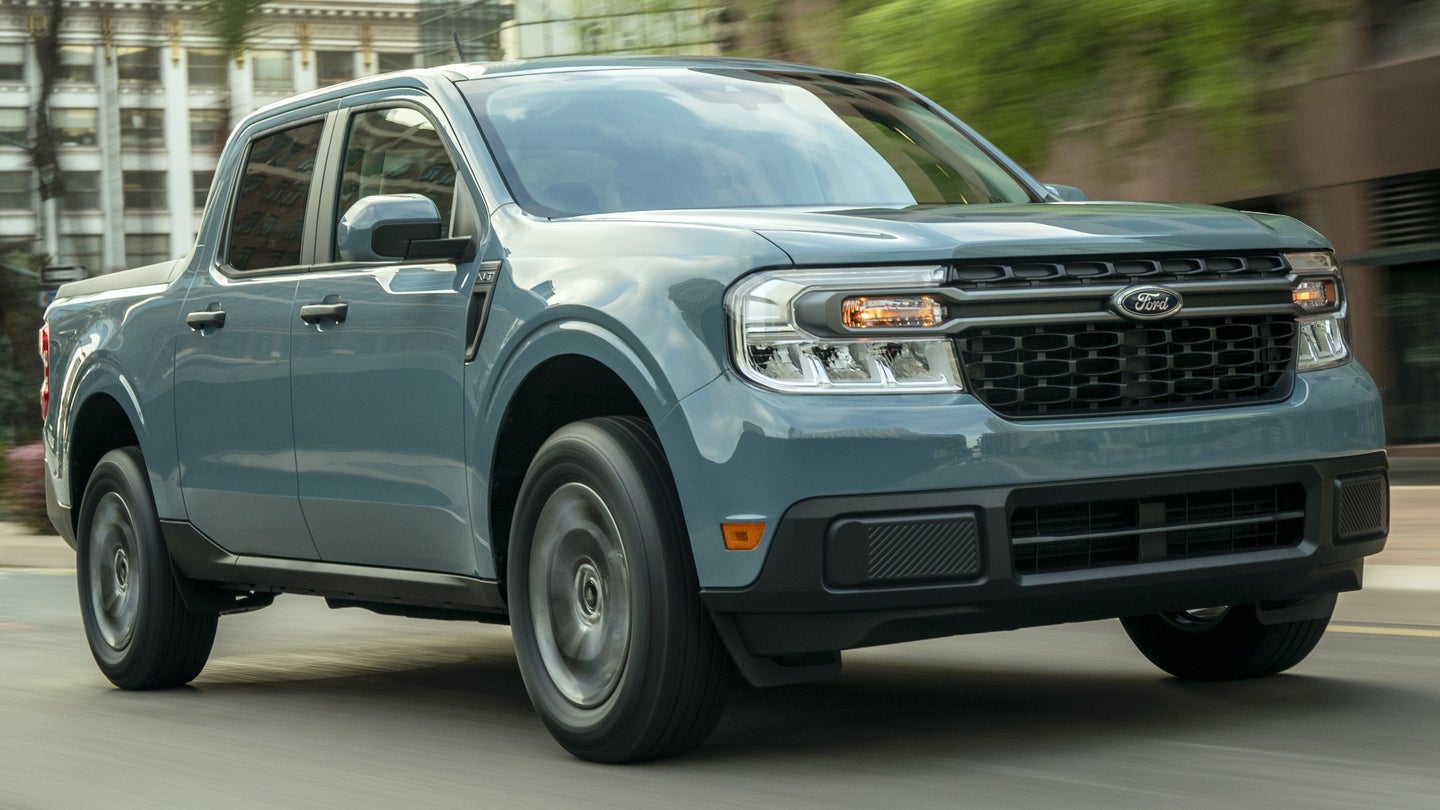 It seems the 2022 Ford Maverick is a hit in the making. It's cheap, it's gotten good reviews, and its fuel economy was initially reported by Ford to be well above average in terms of pickups, at roughly 40 miles per gallon. That was just an estimate by the automaker, however, but now we know for sure that Ford's numbers were actually a tiny bit conservative.

The EPA has gotten around to testing the compact Maverick for itself, and the numbers are in: 42 mpg city, 33 mpg highway, and 37 mpg combined. That's much better than anybody was expecting.

As a result, the Maverick is officially the most efficient hybrid pickup out there. It achieves these impressive numbers thanks mostly to its drivetrain; a 2.5-liter Atkinson cycle four-cylinder engine in combination with a continuously variable transmission and an electric motor. A small suitcase-sized battery mounted under the rear seats provides the charge that helps the vehicle get off the line in the city, saving—as it turns out—a whole bunch of fuel.

The combined output of this system is 191 horsepower, which actually makes it more capable than you might think. Even a hair less than 200 horsepower is enough to tow around 2,000 pounds or haul 1,500 pounds worth of stuff in the bed. The only caveat is this drivetrain is front-wheel drive only. If you want an all-wheel-drive Maverick, you'll have to go for the more powerful 2.0-liter turbocharged drivetrain that's not nearly as efficient.

Maverick sales are already off to a good start, but so far only the aforementioned 2.0-liter turbo models have been sold. If you want a fuel-sipping hybrid Maverick, you'll have to wait until December for units to start shipping. And according to Ford, you should order one fast. The Dearborn automaker claims allocations are expected to run dry by early November.

There’s more to it than swapping out a Bronco Sport body for a pickup with a bed.

Approximately 500 customers will receive what’s normally a $2,200 upgrade at no cost.