The numbers for the AWD and FWD models are promising thus far, with the hybrid set to be even more efficient. 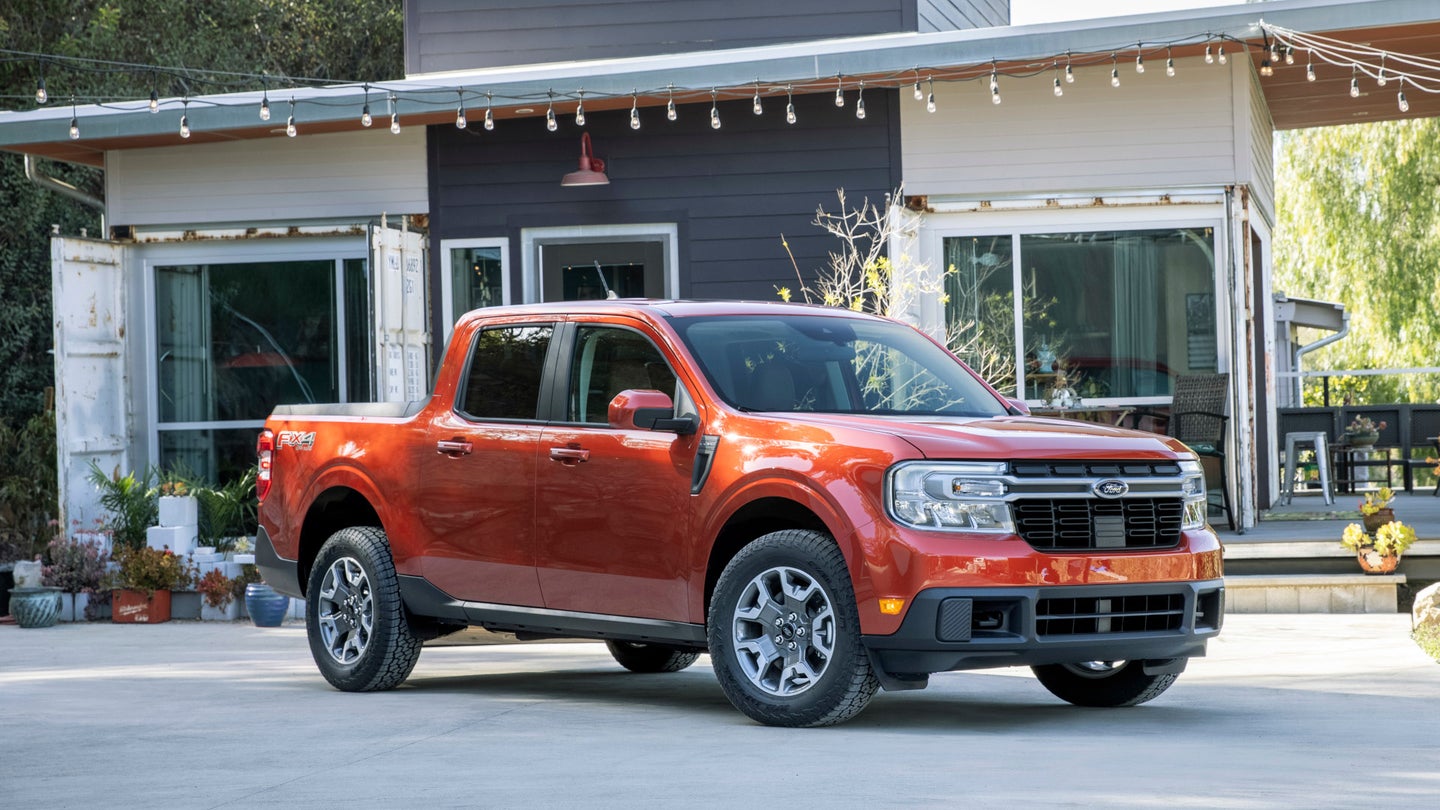 For years, the car enthusiasts of America cried out to the heavens, questioning why they'd been abandoned on a huge continent devoid of small trucks. That's all set to change with the delivery of the 2022 Ford Maverick, which has already generated significant buzz ahead of its launch later this year. Window stickers for the upcoming truck have leaked on the Maverick Truck Club forums. If legitimate, it suggests the petrol-engined Maverick models have remarkably good fuel economy.

Thus far, there are window stickers for the AWD model with the 4000lb tow package, as well as the FWD base model. The former posts fuel economy numbers of 22 city, 29 highway, and 25 combined. The latter FWD model comes in a touch higher at 23 city, 30 highway, 26 combined. Both models sport the 2.0L EcoBoost engine, paired with the eight-speed automatic gearbox and delivering 250 horsepower.

The numbers are impressive for a petrol truck.  Forum posters note that the numbers come in slightly ahead of the similar-sized Hyundai Santa Cruz, which boasts 23 mpg combined in its most fuel-sipping configuration. Word on the street is that the primary difference between the two Maverick models at this stage is the tow package, which specifies a shorter final drive ratio.

The hybrid model should be yet more impressive, reportedly boasting somewhere in the realm of 40 mpg. It sports a 191 horsepower 2.5L four under the hood, fitted with a hybrid system. For those who rack up the miles, or simply want something more efficient, it should be an easy choice. Notably, however, the hybrid model ships with a CVT instead of the 8-speed automatic, and only drives the front wheels. If that's a dealbreaker, you'll have to upgrade to the EcoBoost models.

Overall, if the numbers are true, Ford should have a winner on its hands. Dealers will appreciate having another number with which to one-up the competition, too. So far, the Maverick appears to be comparing well against its rivals. All we need now is to see the Ford's new small truck out on the road.