Forget the RS, This Ford Focus Speedster Is the Hottest Focus Ever 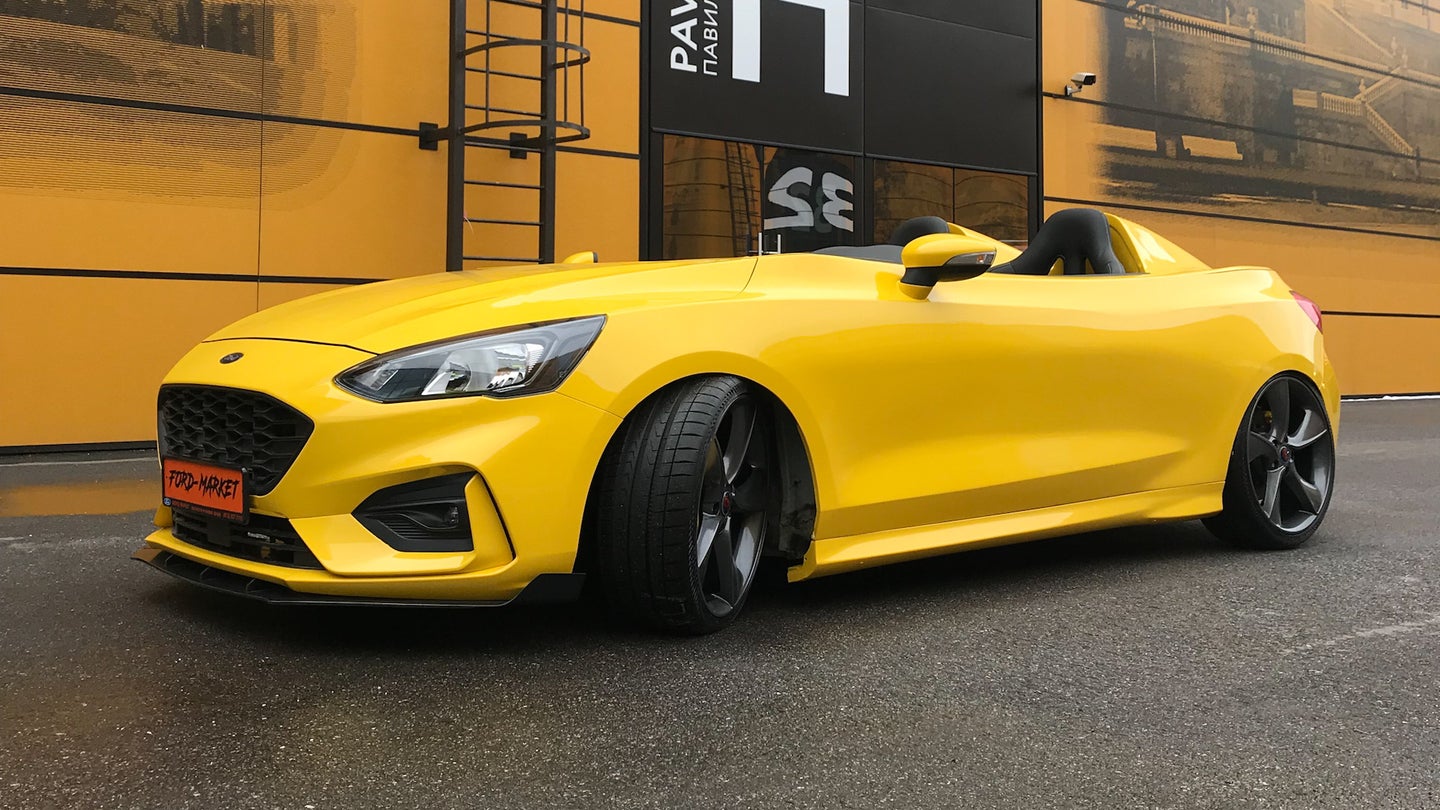 The number of places in the world where you can buy a brand-new Ford Focus has decreased sharply in recent years, but that hasn't stopped people in Focus-less parts of the globe from showing their love for the little car. A Ford repair shop in Russia has its obsession for all things Focus on full display with this totally custom-built speedster version of the commuter. Dmitry Ratyuk of the St. Petersburg-based shop Ford-Market explained to The Drive just how much work it took to create the Ford Focus 4 Speedster, which is so clean you’d think Ford built the car itself.

The motivation for Ford-Market’s build of the car was simple. "Focus4 is not for sale in Russia, so we decided to make it ourselves," Ratyuk said. But as you might have guessed from looking at the photos, this is not an off-the-lot Focus—not even close. The build started with a base model third-gen Focus sporting a 2.0-liter four-cylinder and a PowerShift automatic gearbox. Ratyuk also said that the car has "tuning from our company,” but did not elaborate on any performance mods that were installed on the car.

Here’s to hoping that means removing the horrid transmission and throwing it far, far away. Maybe in a dumpster...on another continent. Seriously, those things are bad.

Many of the body panels are from an actual fourth-gen Focus that have been grafted onto the car, along with the custom streamliners and a reworked dash and hood to accommodate the windshield-less design. The shop also had to shift the original car’s cockpit back by 50 centimeters (almost 20 inches) to make the conversion work. The back seats appear to have been fully removed, but the remaining portions of the cockpit look shockingly normal.

You won’t find any doors, either, so you’ll have to throw a leg over to climb inside. That’s a small price to pay for a ride this sleek, though. Just look at the curves! Who would’ve thought a Focus could look like a boutique supercar?

The Focus 4 Speedster is wild, but it’s not the only Blue Oval to get chopped by Ford-Market. Before the Speedster conversion project, the shop built a third-generation Focus Cabrio, then turned another one into a formidable off-road rig with a 5.7-liter V8, and even transformed an E-350 van into a 6x6 Raptor lookalike.