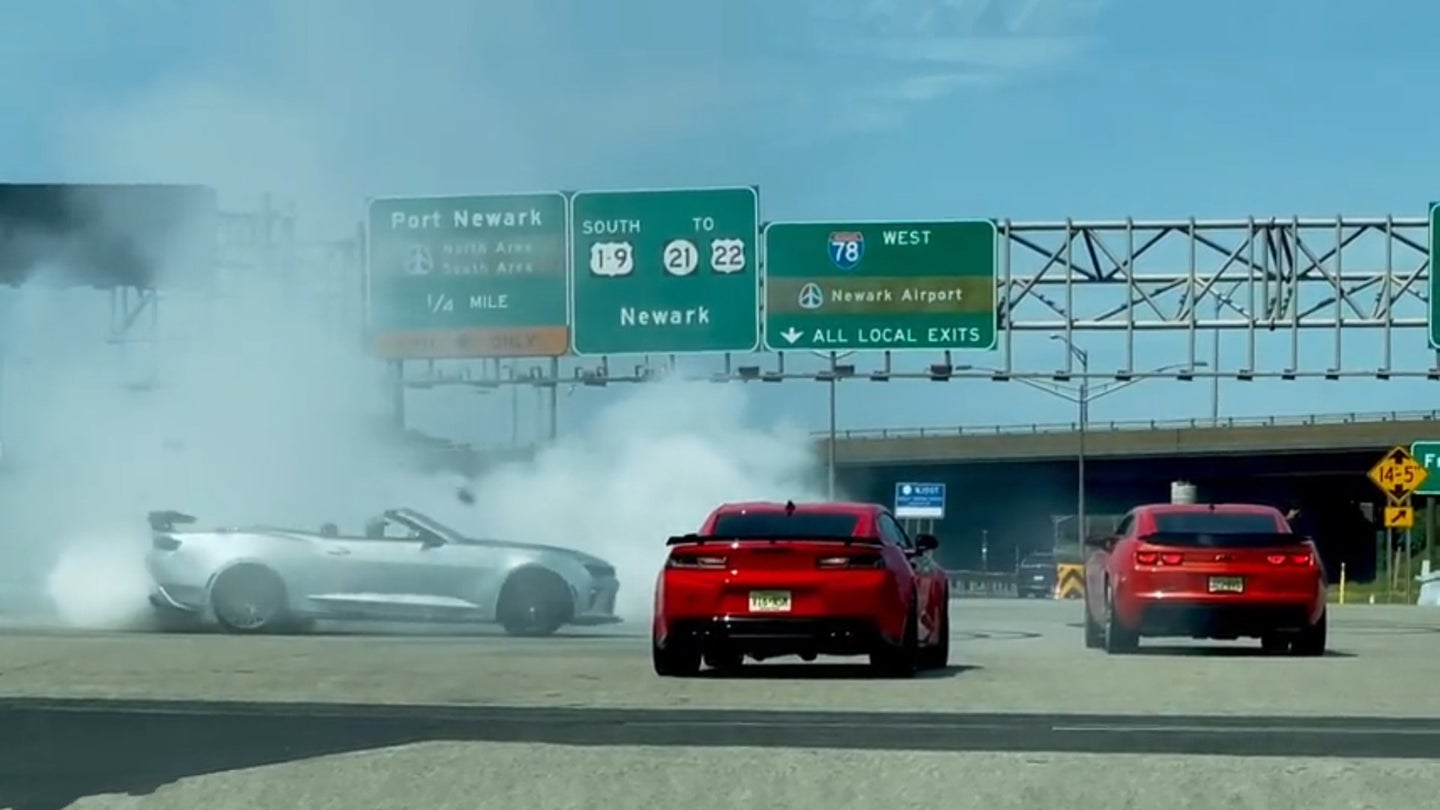 The New Jersey Turnpike is a vital transportation link that sees hundreds of millions of cars every year. Unfortunately, this past weekend a few selfish drivers decided to treat the Turnpike as their own private playground. The group blocked traffic while a silver Camaro executed sloppy burnouts in the middle of the road in a video posted to Reddit.

As reported by Motor1, the video shows several Camaros involved, which appear to have halted traffic on the Interstate 78 section of the New Jersey Turnpike.  A red Camaro flashes its hazard lights as the second Camaro, a silver convertible, lights up the rear tires, snaking around in a series of slow, not-really-donuts. A third Camaro, also in red, sits behind the other two, though it's not clear if it's involved in the havoc or simply part of the traffic. After a spell, the driver of the silver Camaro wraps up their ill-considered performance and squeals off down the road, chased by one of the red Camaros following close behind.

Respondents on Reddit have come down negatively on the perpetrators, as you might expect. Traffic in and around the Turnpike is by and large bad enough already without selfish chancers blocking it up to hoon in the middle of the day. Things would only have gotten worse if one of the cars had hit the wall or blown a tire, potentially holding up traffic for hours.

Notably, the license plates of the cars involved were on full display, suggesting the drivers have a rather brazen attitude towards potential consequences for their actions. One of the Camaro drivers also appears to be holding a camera out of a window, filming the spectacle. We fully expect to see the footage posted to YouTube soon, labeled as happening on an "abandoned highway in Mexico" despite the obvious US street signs.

Burnouts are fun, few enthusiasts would dispute that. However, that doesn't mean it's legitimate to block an entire highway for your own personal enjoyment. Many commuters would love to see such antics heavily penalized to discourage further incidents in future.  Some jurisdictions are already doing exactly that. It's easy to see why.