This 1000 Horsepower Knight’s Helmet Hot Rod is So Metal

A medieval-inspired hot rod with nitrous-spraying snakeheads for headers, a cannon for a trunk, and power-steering. Everything you need, basically. 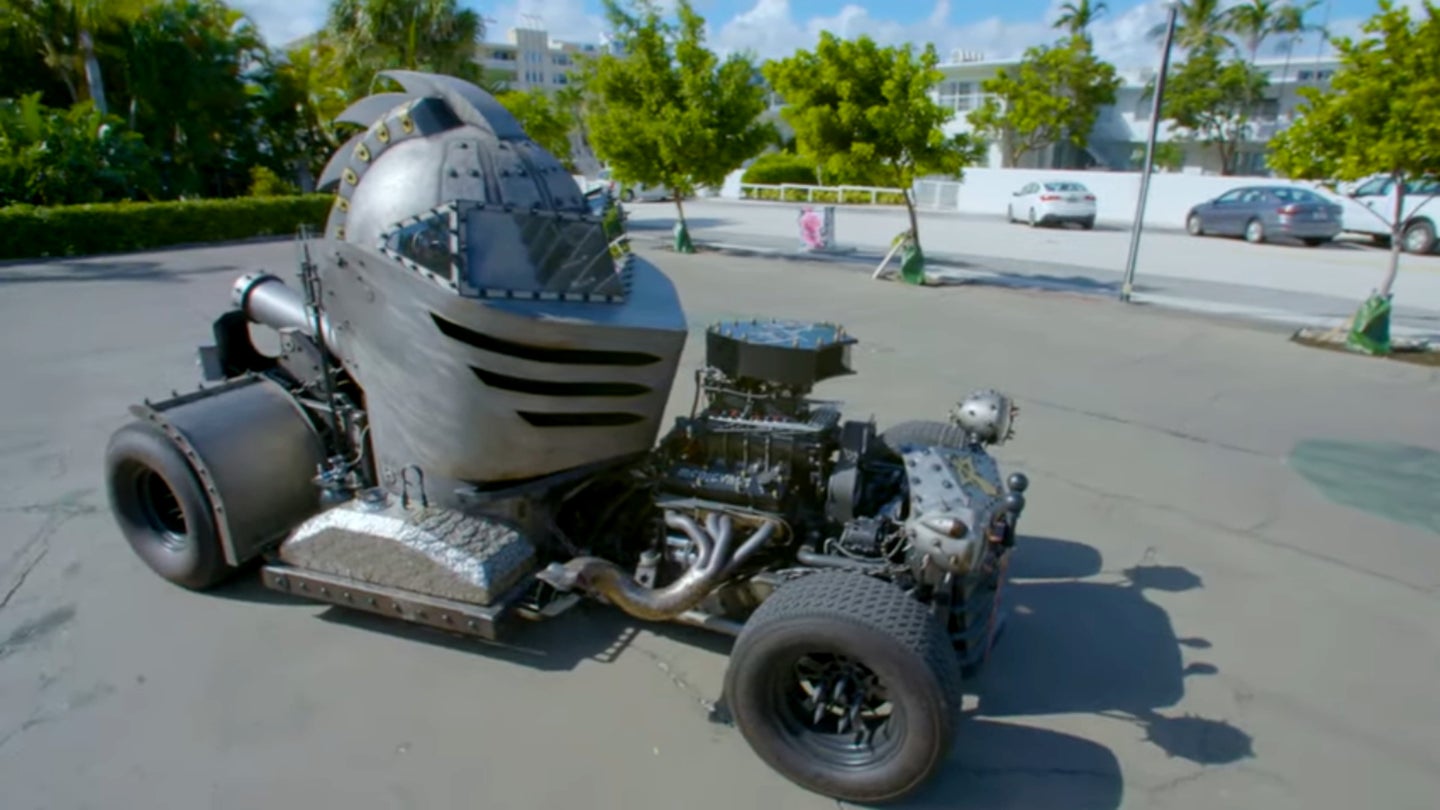 There are many purpose-built vehicles in the world. Some are designed to join the 200 mph club; others are meant to just take us around town. Then you have cars built with one goal in mind: to be seen. Cars like the Medieval One, a one-of-a-kind custom hot rod Sheriff Bufford T. Justice would call "an attention-getter."

Designed and built by AJ Bohata, aka the Mad Metal Scientist, of Bohata Design Inc. This six-figure electric guitar solo on wheels was built from scratch and inspired by a medieval weapons.

It's a knight's helmet powered by an electronic fuel-injected 355ci small-block V8 with a Weiand 6-71 supercharger making 1,000 horsepower. The rear section features a cannon that doubles as the trunk to plop in groceries, and the headers are snakes with handcrafted fangs that function as nitrous oxide purge tubes.

The material used for this car started with a 1,000-gallon propane tank, which was cut and reshaped using 1/16-inch steel. The chassis, designed and built in-house by Bohata Design Inc., features a front-drop axle with radius rods and a transverse mono leaf with air-ride suspension for the rear.

The knight's helmet opens up with using hydraulics, exposing the cockpit. How does it drive? I imagine it's like riding in a Motörhead song lyric on the Fury Road, while feeling like Slim Pickens at the end of Dr. Strangelove. The vehicle's lack of aerodynamics means using that 1,000 horsepower engine as a swinging battle-ax to bludgeon its way through the air. That doesn't mean the car rides like a horse. Medieval One is a civilized machine with tilt power-steering, a fire extinguisher, and air conditioning.

Bohata says the material cost for this car was $80,000, and the estimated value hovers around the $200,000 mark. He describes the Medieval One as "the craziest car on the planet," and I'd be curious to see the vehicle willing to challenge it for the title.

I'd probably be nervous about drive it, too.