Many microcars are quite roomy inside! Some even manage to stick the pedal box in Siberia. 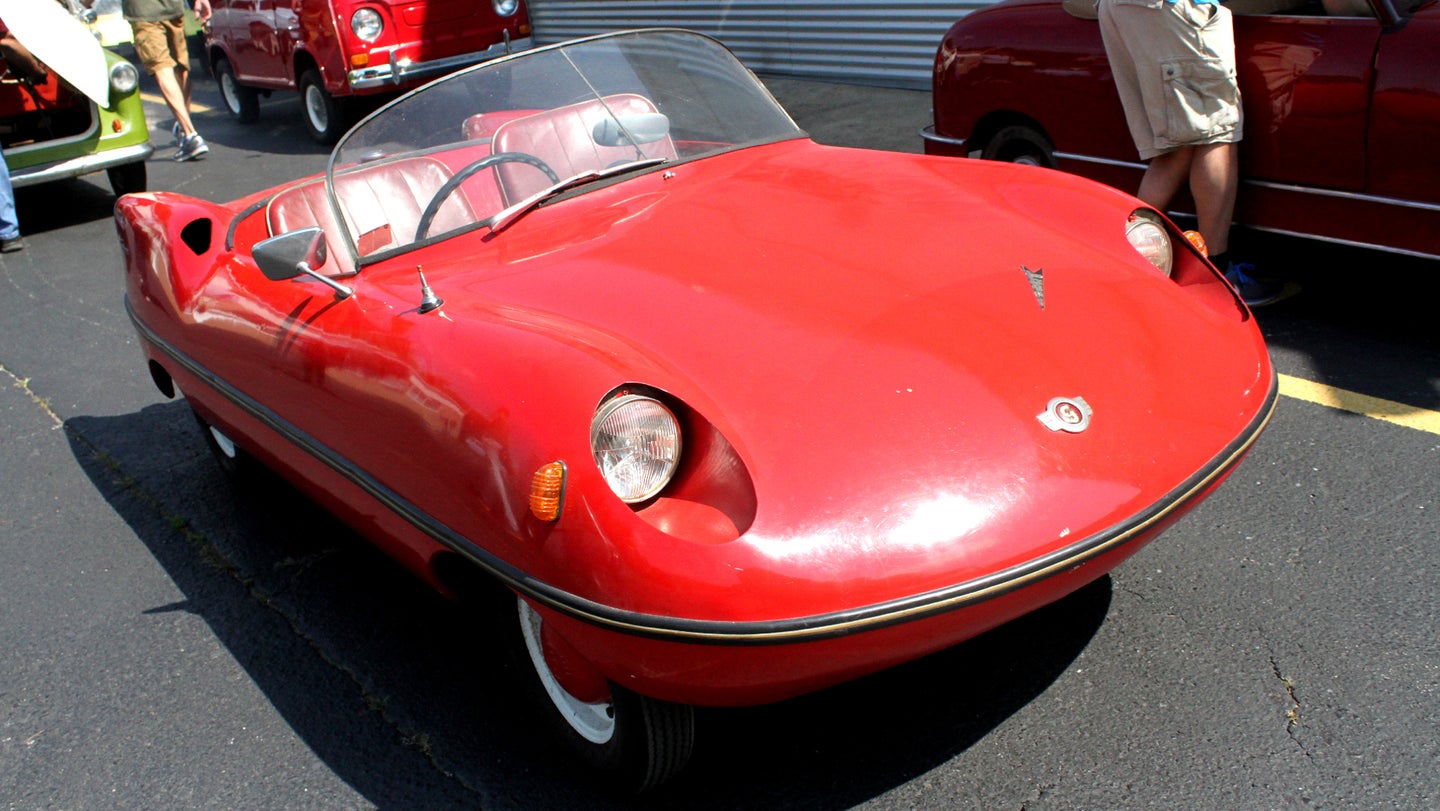 Utter the word "microcar" to anyone and the first thought is usually "micro, uhh, person?" Don't judge a car by its pint-sized cover, though. Microcars can be pretty roomy inside, and some were even made for tall people.

The Smart ForTwo is the perfect example. It's easily the closest thing to a modern-day microcar that was recently widely available in the United States, and it's pretty airy inside once you sit in one. Sure, there's not much trunk space, but you've got plenty of headroom to work with.

Other microcars are even more forgiving for tall people. Meet the 1960 Goggomobil Dart: a tiny rear-engine, rear-wheel-drive car my nemesis.

I, 5'4" lover of strange cars, was extra pumped about getting to test out some microcars at the Lane Motor Museum a few years ago. For most cars I drove, I jotted down some quick notes on what they were like to drive and sit in. I fell in love with the Zündapp Janus, a mid-engined weirdo that looks like a two-headed BMW Isetta. The Autonacional Biscúter drove like more a zippy little sports car than reasonably-priced transportation, and featured four reverse gears, all in a line, for no discernible reason I can think of than to be a contender in those strange reverse-only races.

Then there's the Goggomobil Dart. "Was too short for that" was my only note on that one.

The Dart looks friendly at first, but it's really a smug grin for short people. It's as if the car knows that it's going to punk you once you climb inside and realize that the pedal box is in Siberia. Your legs are already stretched almost straight to drive the car anyway, only mine didn't fit at all. Pillows would have smashed me up against the steering wheel and I still don't think I could've reached the pedals from the fixed seat. It wouldn't work.

It's also perfect for tall people in another way: the little fiberglass Tardis doesn't have a roof.

In a way, the Dart is the perfect example of what a microcar really is. Many microcars were reasonably-priced transportation for everybody—not just the petite and pint-sized. This was especially true as Europe and Japan were rebuilding after World War II. Maybe you couldn't afford a regular-sized car, but small cars like the Subaru 360 were there for you, and they're a step up from a scooter.