The three-time F1 champ is on the mend after being in critical condition just one week ago. 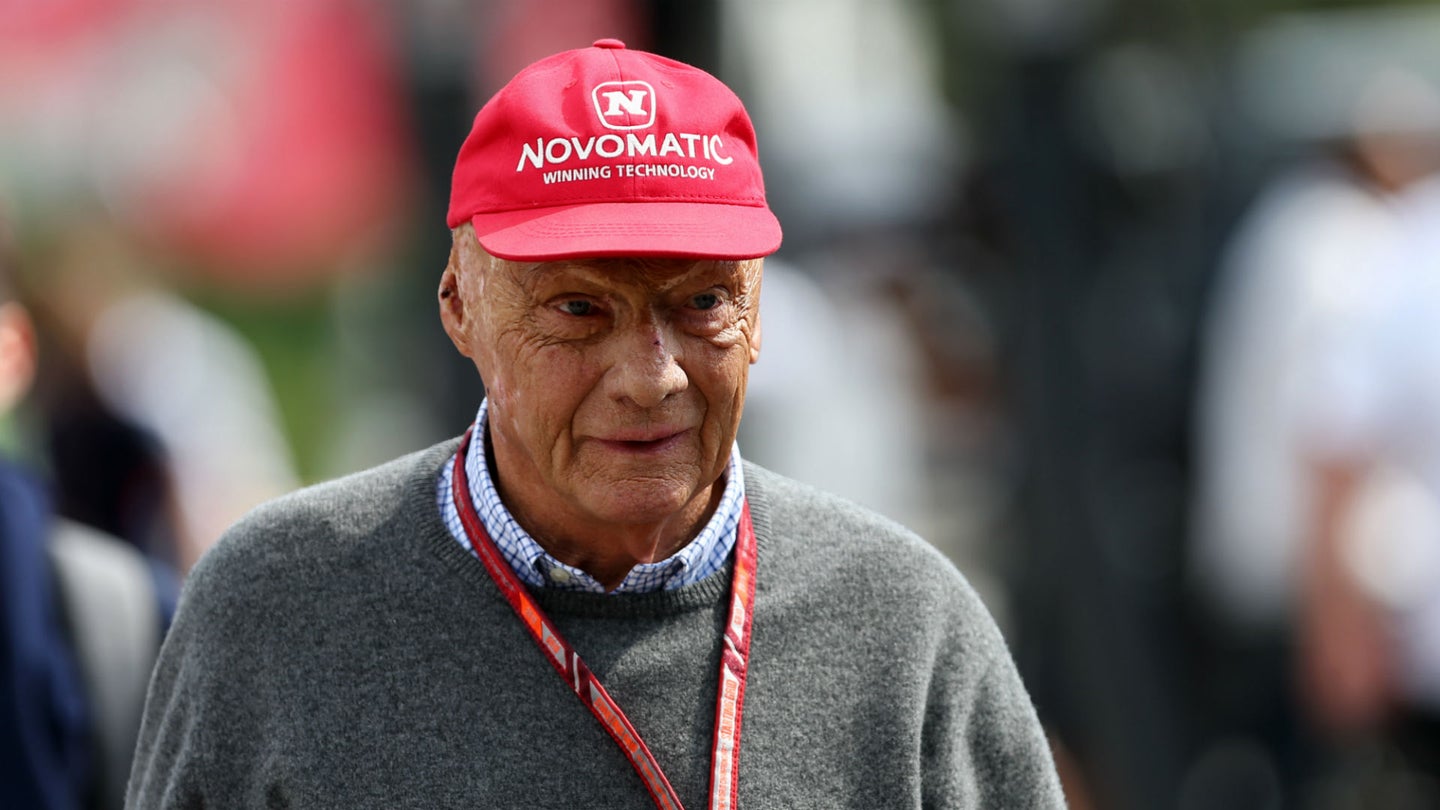 Three-time Formula 1 world champion Niki Lauda's ongoing health saga has caused concern for the worldwide racing community, but as recent news from Vienna reveals, the Austrian is on his way to recovery.

It was previously reported that Lauda was in critical condition after undergoing a lung transplant following his late-July hospitalization for what was believed to be influenza. The 69-year-old's condition was worse than originally anticipated and doctors remained tight-lipped on his condition. Now, though, after nearly three weeks in AKH Wien, the Vienna General Hospital where Lauda is being held, he has regained full consciousness per a statement from the facility.

“The Vienna General Hospital and the Medical University of Vienna are pleased to inform about the very satisfying clinical course of Mr. Niki Lauda after his successful lung transplantation on August 2nd,” a hospital spokesperson said. “Already 24 hours after surgery Mr. Lauda could be extubated, was spontaneously breathing and had full consciousness. During the following days, his condition has further improved continuously and all organs are functioning well."

“Mr. Lauda will stay at the Vienna General Hospital until his full recovery," they concluded.

The Mercedes non-executive chairman was forced to miss the final two Grands Prix before the summer break—at Hockenheim and the Hungaroring—due to his illness. Team Principal Toto Wolff released a public announcement regarding Mercedes' wishes to Lauda, mentioning that his recovery is "not a race" though they “can’t wait to have him back with us on the Grand Prix tracks of this world.”