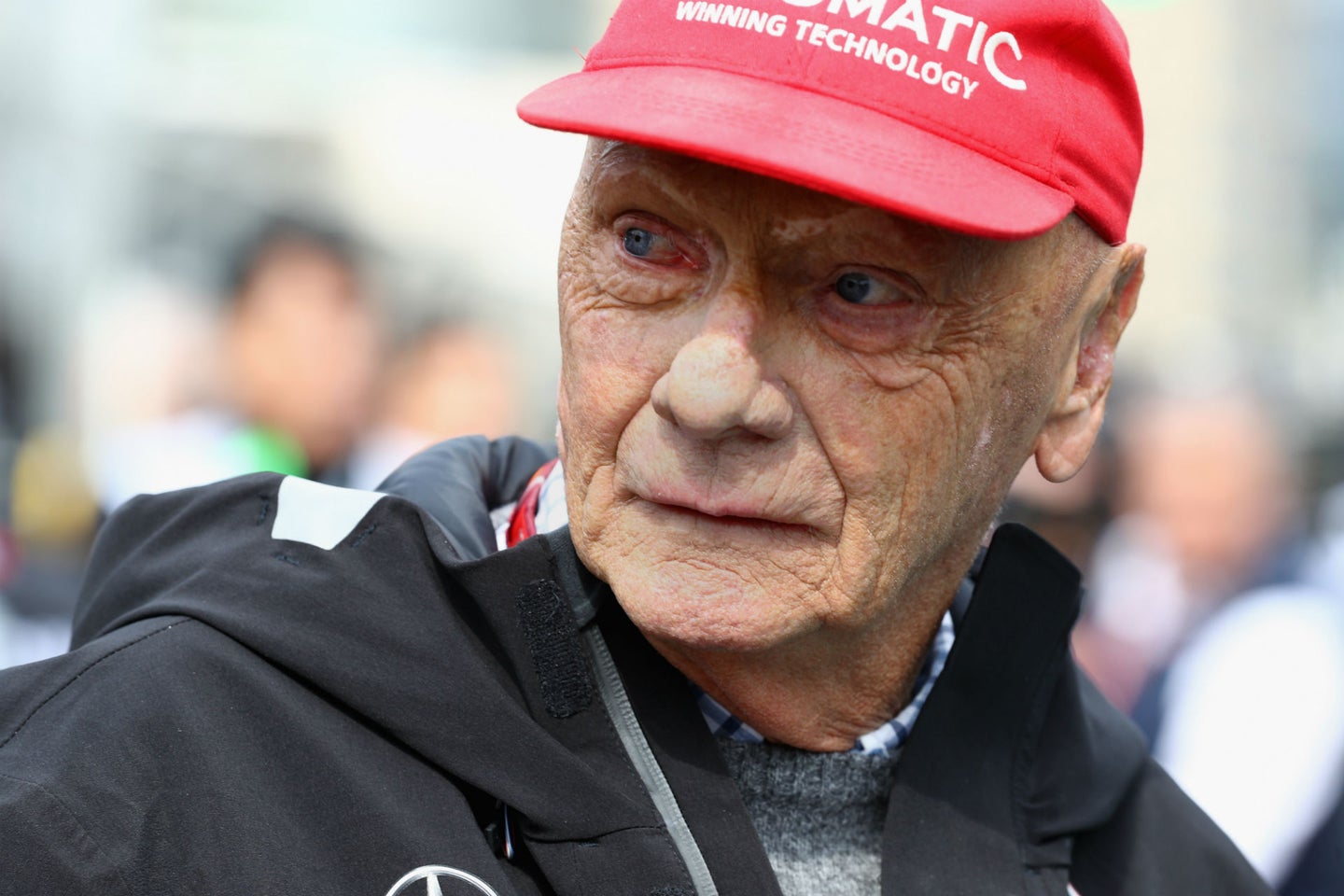 One day after it was revealed that Niki Lauda had been hospitalized for contracting a supposed influenza virus, news has broken that the Austrian underwent a lung transplant on Thursday in Vienna.

Austrian media outlet ORF says that while the surgery was successful, the three-time Formula 1 champion is currently in critical condition. The recovery process for this specific operation is understandably extremely difficult, and per the hospital where Lauda is being held, no public updates will be made at this time out of respect for his loved ones.

"We ask for your understanding that the family will not make public statements and request that the privacy of the Lauda family be safeguarded," said the AKH in its statement.

The 69-year-old was believed to have fallen ill during a recent trip to the Spanish island of Ibiza. As his condition worsened, he reportedly flew straight to the General Hospital of Vienna to be treated for his sickness.

Due to poor health, Lauda has been absent from the past two F1 Grands Prix—Germany and Hungary—whereas he would typically attend on behalf of the Mercedes-AMG team with which he is a non-executive chairman.

Lauda has suffered major injuries in the past, most memorably from his accident while driving at the Nurburgring in 1976. He was engulfed in flames during the aforementioned crash which led to significant scarring on his face and two resultant kidney transplants.