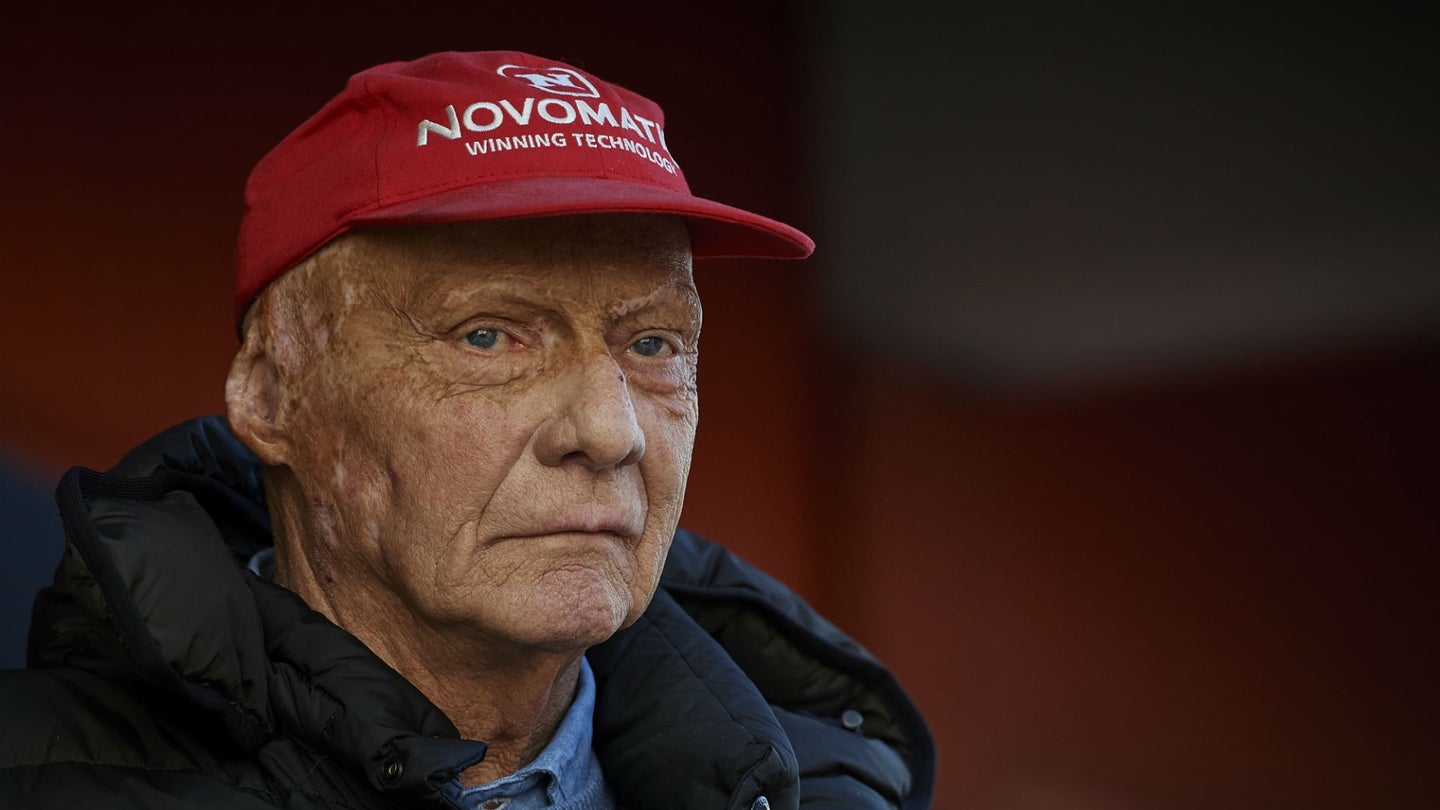 Niki Lauda, past Ferrari world champion and current non-executive chairman of Mercedes-AMG F1, is reportedly in the hospital as a result of influenza which he is believed to have contracted on the Spanish island of Ibiza.

Austrian outlet Oe24 broke the news of the 69-year-old's sickness on Wednesday. Lauda allegedly fell ill and flew directly to the General Hospital of Vienna on July 20 where he is now recovering. He is said to have spent a short amount of time in the intensive care unit during his stay, though it's understood that Lauda may soon be released from the AKH facility.

Oe24 quotes a doctor as saying, “(He is) almost completely restored—thankfully, there were no complications with kidneys and heart thankfully."

The three-time Drivers' Title winner was absent from the Mercedes' pit wall at this past weekend's Hungarian Grand Prix as well as the German Grand Prix, citing the flu as the cause.

Exactly 42 years ago on August 1, Lauda suffered a major crash at the Nurburgring that nearly cost him his life. Major burns scarred his body as a result and, since then, Lauda has been a major proponent of safety in the racing world.

Check back for more as we learn about Lauda's situation and update this space with news as it is released.