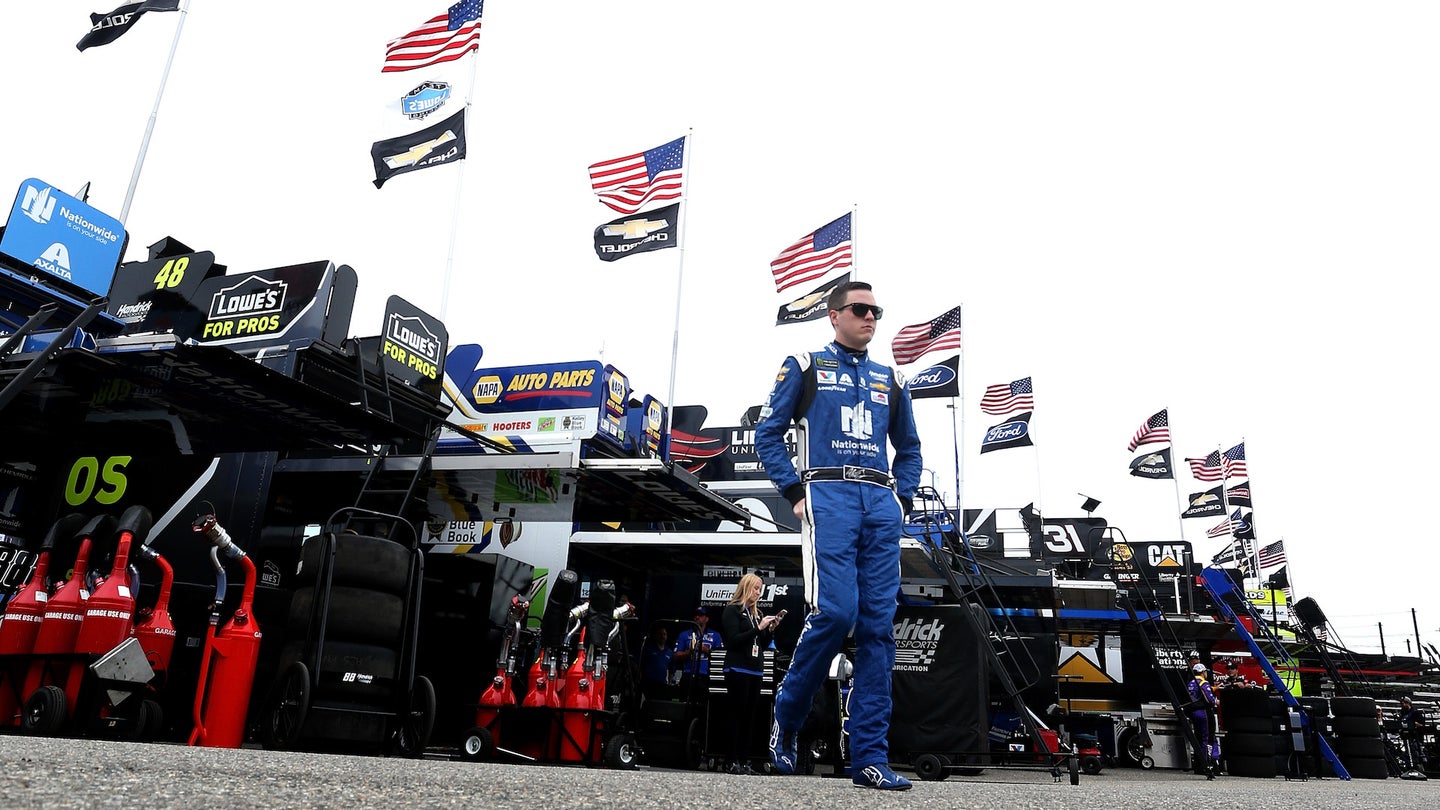 Alex Bowman will remain the driver of the No. 88 Hendrick Motorsports Chevrolet through at least the 2020 Monster Energy NASCAR Cup Series season, as the organization has agreed to a one-year extension of Bowman’s contract that already kept him behind the wheel through 2019. That extension puts Bowman’s contract in line with Hendrick Motorsports' deal with primary sponsor Nationwide Insurance. The race team also recently extended its contract with Nationwide two more years, through 2020. That extension has Nationwide on the hood of Bowman’s No. 88 for 20 races in each of the next two seasons.

“Nationwide is excited to continue our relationship with Rick Hendrick, Hendrick Motorsports, and Alex Bowman,” Nationwide Chief Marketing Officer Terrance Williams said in a press release. “We’re pleased with Alex’s representation of Nationwide, both on and off the track. Our partnership is off to a great start heading into its second year, and he’s quickly built an authentic relationship with the brand that he conveys naturally through talking about our products and services. He’s also embraced Nationwide’s philosophy of giving back to the community through his support of Nationwide Children’s Hospital. We look forward to building on this solid foundation.”

Nationwide’s relationship with HMS began with Dale Earnhardt Jr. as the driver of the No. 88, but Earnhardt retired from competition as a full-time driver at the end of last season. 2018 is Bowman’s first full season with HMS, but he drove the No. 88 in 10 races in 2016 as a substitute for then-injured Earnhardt.

“We have such a strong partnership with Nationwide,” HMS owner Rick Hendrick said. “From doing great things in the community with Nationwide Children’s Hospital to driving significant value back to their business, it’s truly impressive to see how they consistently make the maximum impact with their racing program. We appreciate the incredible relationship with their whole team and look forward to more great things in the coming years."

“Alex has the talent to win races and compete for championships. He and Greg [Ives, crew chief] are clicking, and we have a lot of confidence in what they will accomplish together. From our driver and team to our sponsors, we have an exciting No. 88 program that’s set for the foreseeable future," Hendrick concluded.

Bowman has been under contract to Hendrick Motorsports since October 2016, but he sat out the 2017 season and fulfilled such team roles as simulator driver.

“Having this kind of support is incredible,” Bowman said. “From Nationwide and our other partners to Mr. Hendrick, Greg and all my teammates, I feel very fortunate to be in such an awesome position. We have an opportunity to have a lot of success together. To hear a sponsor like Nationwide and a team like Hendrick Motorsports say I’m their guy gives me a ton of confidence and motivation to go out there and deliver results.”

Bowman has two top-fives and eight top-10 finishes through the first 22 races of the 2018 season, including a best finish of third at Pocono Raceway in Long Pond, Pennsylvania, on July 29.