Talks have, reportedly, reopened between Hendrick Motorsports and Lowe's regarding sponsorship of Jimmie Johnson. 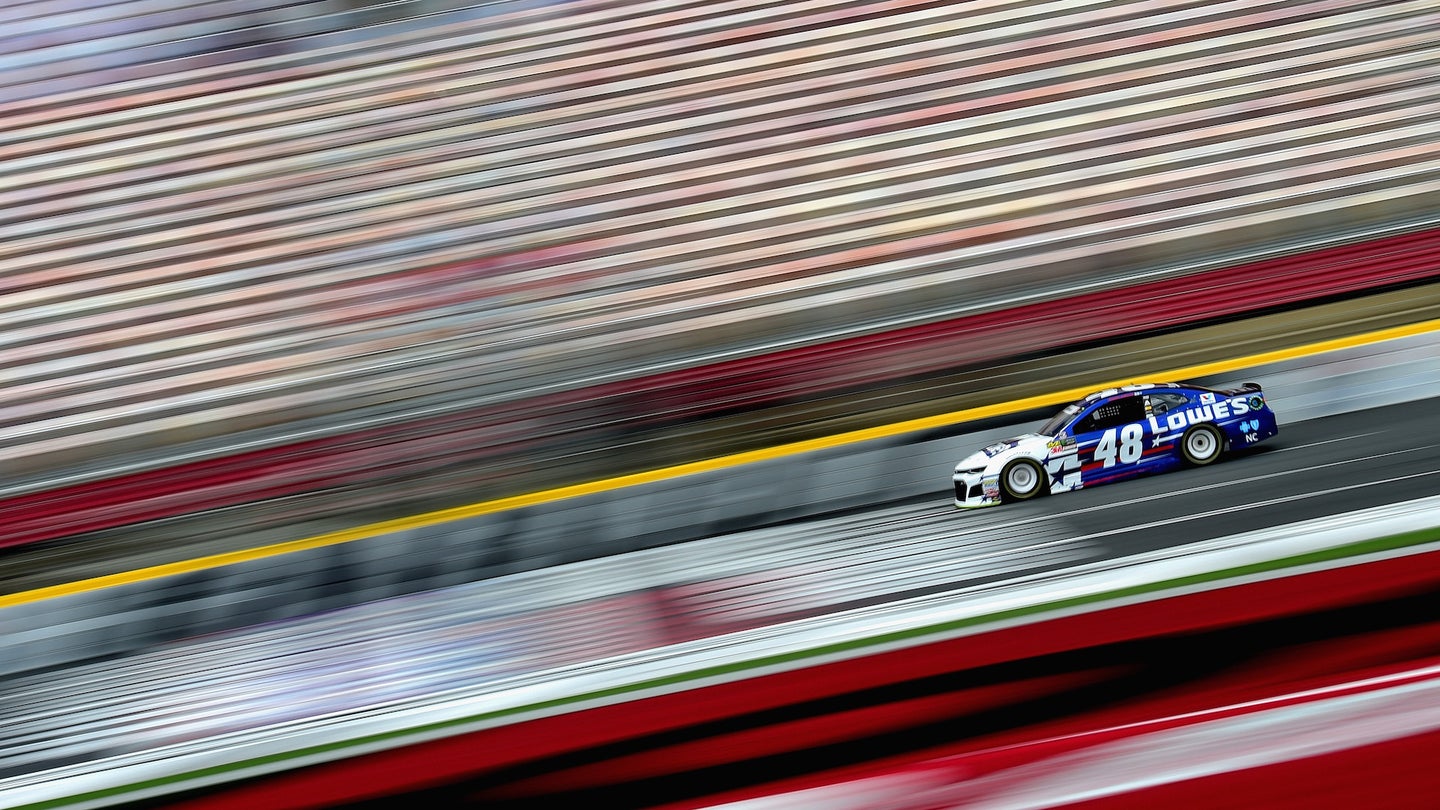 Hendrick Motorsports may not completely lose Lowe’s as sponsor of its No. 48 Chevrolet for Jimmie Johnson in the Monster Energy NASCAR Cup Series next year, after all, according to Jayski.com. The home improvement retailer is one of the few primary sponsors in the top level of NASCAR that has sponsored a car for entire seasons. The possible new deal between Lowe’s and Hendrick Motorsports would be for a partial schedule on the No. 48 car.

Lowe’s has been the primary sponsor of Johnson’s car throughout his entire Cup Series career. Lowe’s announced earlier this year that it would leave HMS and NASCAR at the end of the 2018 race season.

Credit for the conversation between team and sponsor reigniting is being given to executive changes at Lowe’s. Reportedly, Lowe’s recently paid at least $20 million for its full season as primary sponsor of Johnson’s car. It is unknown how much Hendrick is asking for an entire 2019 season or how much a possible partial season with Lowe’s would be worth.

The Jayski.com report cites sources as saying Hendrick Motorsports has at least one other lead for sponsorship on the No. 48 that is far enough along in the negotiating stage that there has been a meeting at the race team’s headquarters. In May, Johnson confirmed that Red Bull was an interested potential sponsor.

“I think there is interest from a variety of different companies. That would be one of a long list of hopefuls,” Johnson said of Red Bull, a former NASCAR participant.

Johnson has been a full-time driver in the Cup Series since 2002, all of that time as driver of HMS’ No. 48 Chevy. He is under contract to drive the car through the 2020 season. Crew chief Chad Knaus is also under contract to Hendrick Motorsports through 2020. Together, they have won a record-matching seven championships, most recently in 2016. Johnson also has 83-career race wins, tying him with Cale Yarborough for sixth on the all-time wins list.

This season has been a struggle for Johnson, though. He was one of the last drivers to make the 2019 playoffs. Through 27 races, he is winless and has only two top-five finishes.

Ford will switch from the Fusion to the Mustang in NASCAR's top series next season. Thursday, the manufacturer unveiled its new machine.
Ford
MORE TO READ