This Can’t Be Happening in a Messerschmitt

Science shows that no person, ever, seated in the back of this microcar has managed to smile. 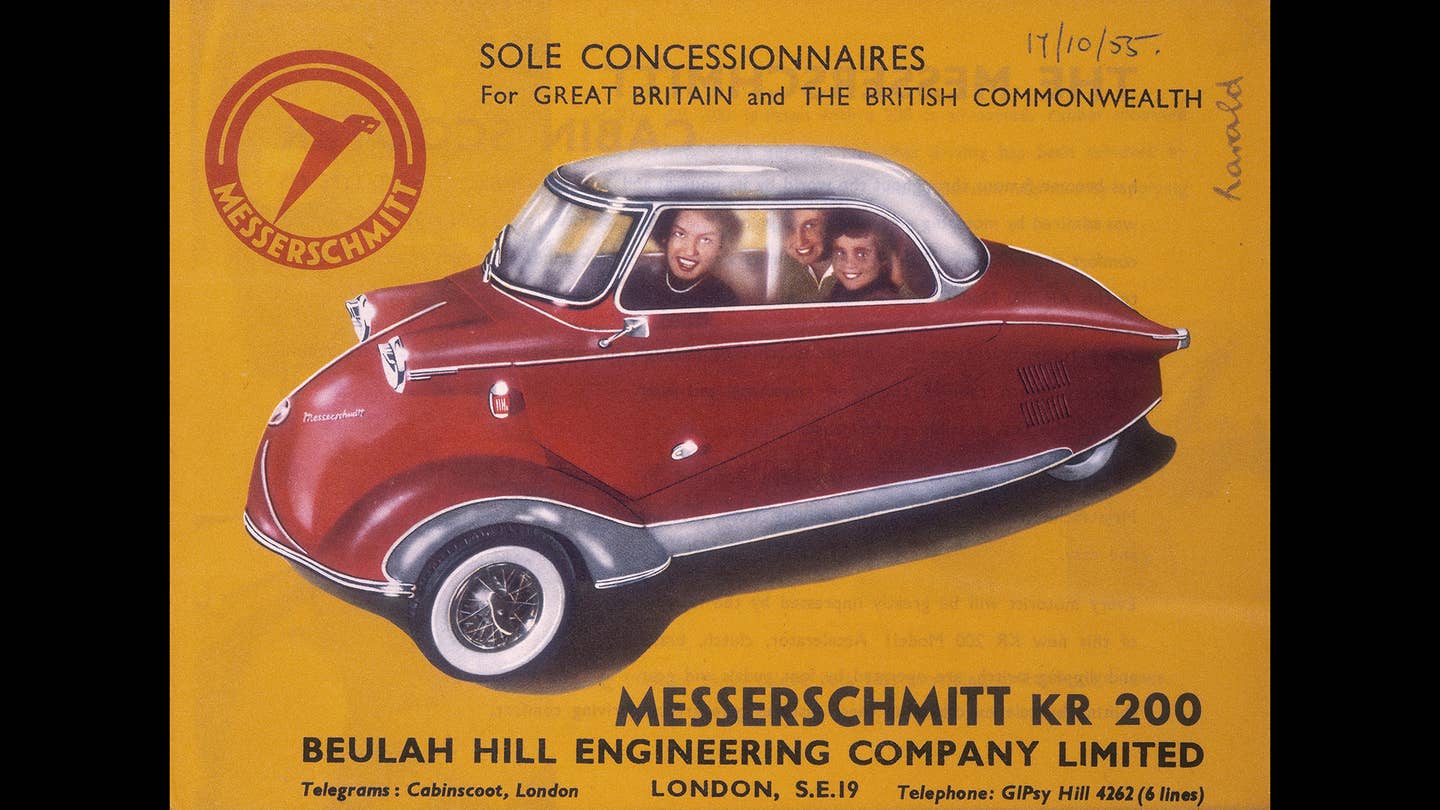 This is very clearly an illustration. Why? No three people have ever smiled while entombed in the minuscule interior of a 1955 Messerschmitt KR 200. Were someone to place you in a small box with two other humans, would you?

The very company that manufactured the German warplanes that terrorized Europe moved, in 1955, into bubble-car manufacturing. The choice was not the company’s, mind; part of Germany’s treaty concessions meant Messerschmitt was disallowed from manufacturing airplanes for a number of years.

The KR 200 was a cheery box, with 10 horsepower yet a 56 mph top speed. Like a little aircraft, the car had a steering bar, not a wheel. The sequential transmission provided four forward gears and, should excessive butt-first maneuvering become necessary, four reverse.

That’s the ‘Schmitt. Cute. Tiny. Fast, for a wheeled bathtub wearing a cellophane hat. But remember: One passenger’s a joy, two’s a tight fit and three’s a miserable crowd that might wish it hadn’t lived through the war.