Grooves in asphalt at precise intervals can produce musical notes. Placing several in a series will stitch together a tune. 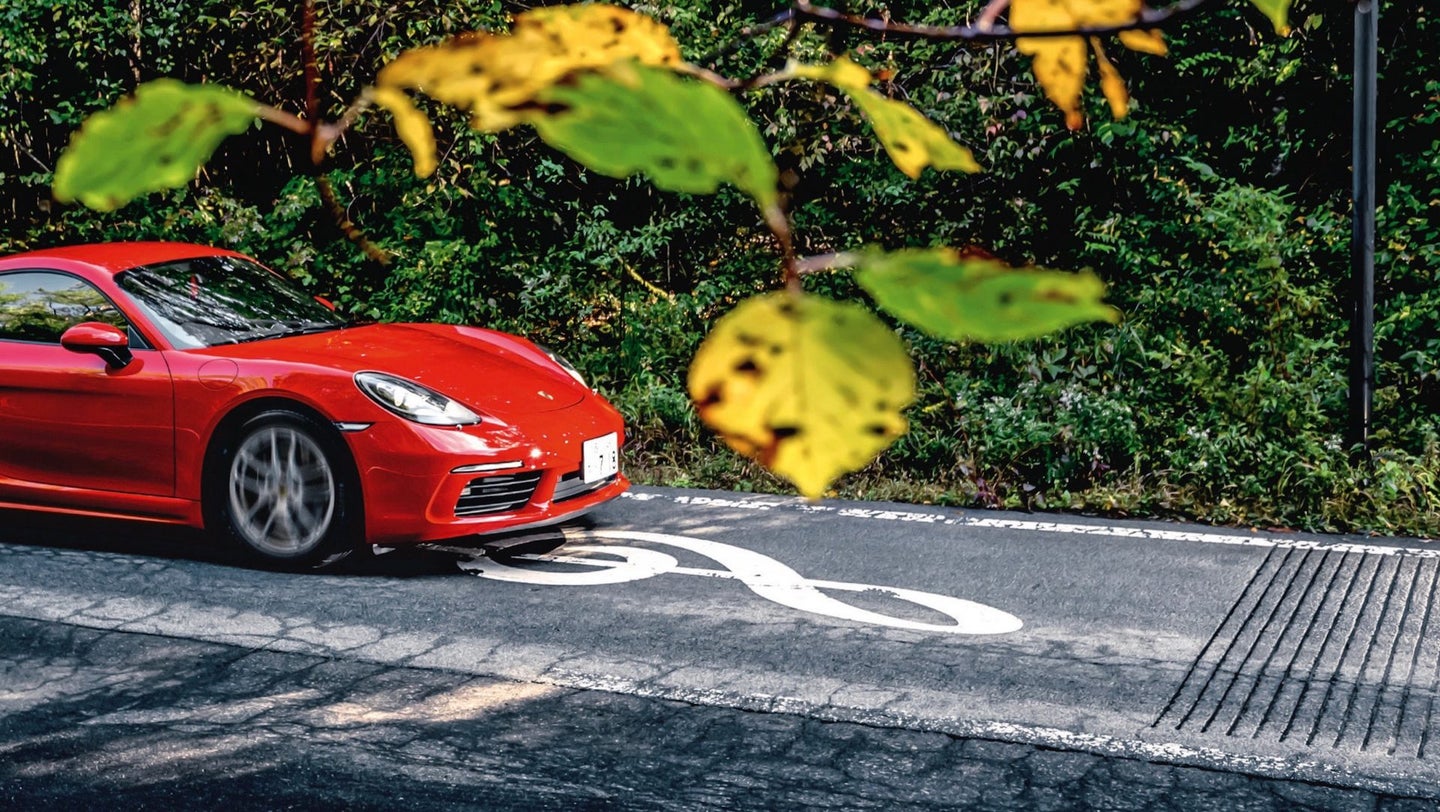 There is a road on the side of a mountain near Nakanojō in Gunma prefecture, Japan, that when driven at the correct speed plays a familiar song, Itsumo Nando Demo from the credits of the 2001 animated film Spirited Away. Porsche learned of this and released a short video of this road in a video Monday.

The film was a product of the renowned trio composed of filmmaker Hayao Miyazaki, composer Joe Hisaishi, and Studio Ghibli, and remains the highest-grossing film of all time in Japan, as well as an occupant of innumerable lists of the best films of the new millennium. The tune itself sounds when driving the road at 40 kph (25 mph) and lasts for 30 seconds. Driving too fast will create an unpleasant noise.

While roads such as this entertain tourists and passersby, one such road elsewhere in Gunma was paved over in 2013 after locals complained the road kept them awake at night because the song reportedly carried for 500 meters. Sound pollution has not stopped musical roads from being built as tourist attractions the world over, however, and examples exist in the Netherlands, United States, and South Korea.

Porsche released a film of its Cayman sports car traversing the road in Nakanojō, and recorded the two tunes played by the road, which include both the song many of us know from Spirited Away, and another song, named Kusatsu Bushi. Both sound as if they played on a didgeridoo from the bottom of a well, but the result is still music made with a car and some asphalt. How cool is that?

Porsche Picks its Seven Most Iconic Cars in Seven Decades

After 70 years of producing sports cars, Porsche recounts the models that defined each decade for its brand.

About 60,000 Cayenne and Macan SUVs will be recalled across Europe.