Driving The Ligier JS4 Meant You Were Very Young, Very Old, Or Just Got a DUI

The only car ever to be based on the cab for a tractor. 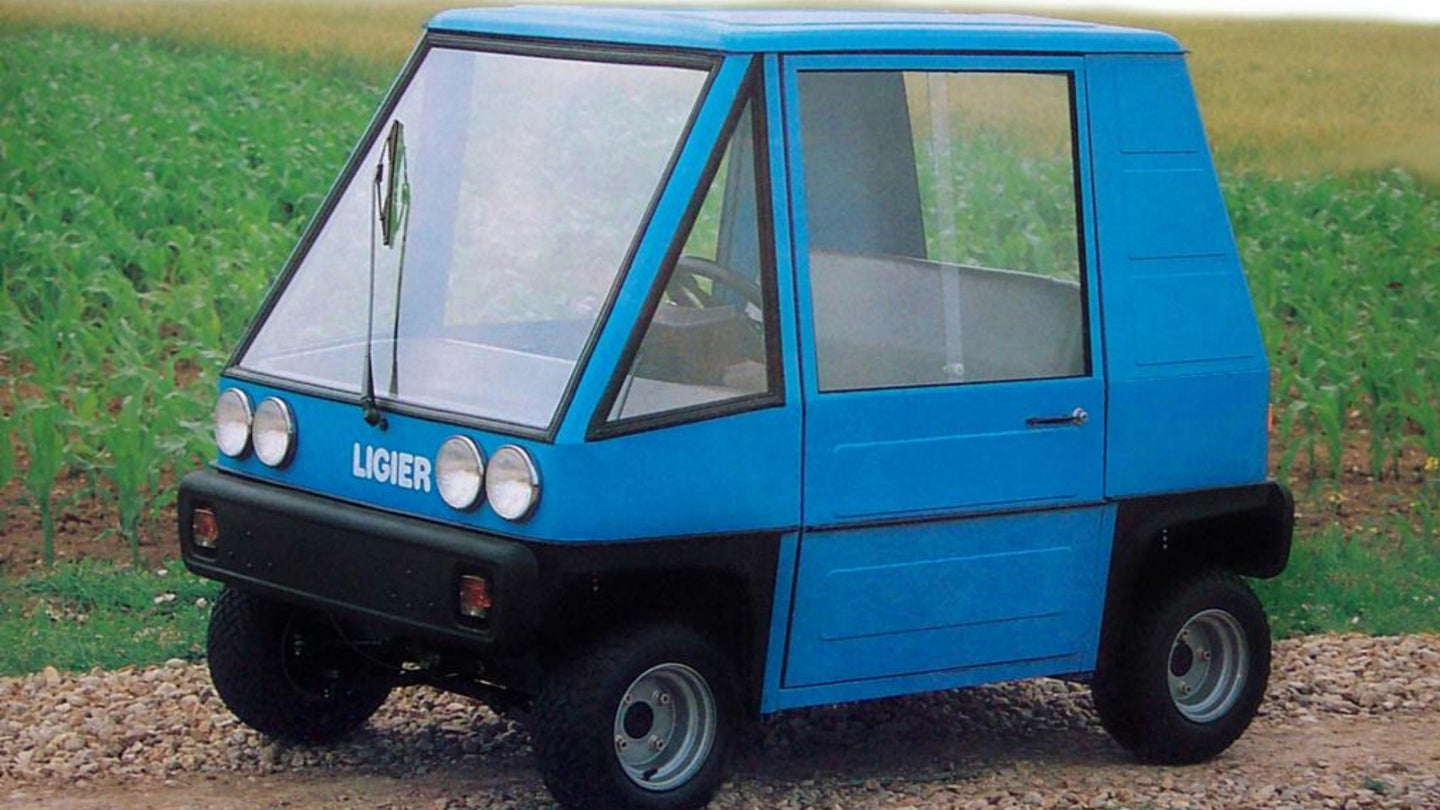 Ligier is a French car manufacturer probably best known for its Formula 1 entries from 1976 to 1996. But in 1971, Ligier made the handsome and lightweight JS2 sports car, timing the release perfectly to coincide with the oil crisis of 1973. To diversify and meet the demand for smaller, more fuel-efficient vehicles, they got into microcars. I'm not sure I've ever seen a good looking microcar, and Ligier's JS4 is no exception.

That's not because it was poorly designed—it's because it was originally designed as the cab for a Renault tractor. Ligier was sub-manufacturing the cabs for Renault at the time and figured they would just use a modified version of them for their new microcar. I wonder why that didn't catch on.

The JS4 is what's known in France as a "voiture sans permis". That translates directly to English as "car without a license" and it's nearly that simple. If you're French and over 14, you can drive one of these things. According to the BBC, you may need a little bit of time behind the wheel first—something like four hours.

Microcars like the JS4 are very popular with young teenagers, elderly drivers, or people who have lost their licenses. Say you have a few too many Four Lokos and slam your car into a ditch. It happens. Well, no problem. Just hop in your JS4 and be on your way.

VSPs are considered safe transport—despite their near-complete lack of required safety equipment—because of their low top speed of just 28 miles-per-hour. The engines are typically from mopeds, but two diesels were also available in the Ligier VSPs. The most powerful engine was the two-stroke, 125cc model. Hold onto your hats!

Despite looking like a sort of punishment, the JS4 seems like it would be fun to tool around in. It's rear-wheel-drive and it even has four-wheel independent suspension. They all have CVTs, but that's nothing a little modification can't fix. A racing series with just Ligier JS4s would probably be very entertaining. They weigh just 474 pounds. You could probably race them on go-kart tracks since they're only around four feet wide.

I just Googled "Ligier JS4 race" and nothing came up. I think we're onto something here. We should fix that.

There would be plenty of these to choose from, too. The JS4 and its later variants were rather popular in France due to their ties to the Ligier Formula 1 team. They sold nearly seven thousand in 1981, the first year of production. I'm certain they definitely would not be road legal in the United States, but they could be a cheaper alternative to Kei cars. I've looked at a few listings in Europe and they seem pretty cheap.

Stay tuned for that racing series.