Some folks get to have all the fun. 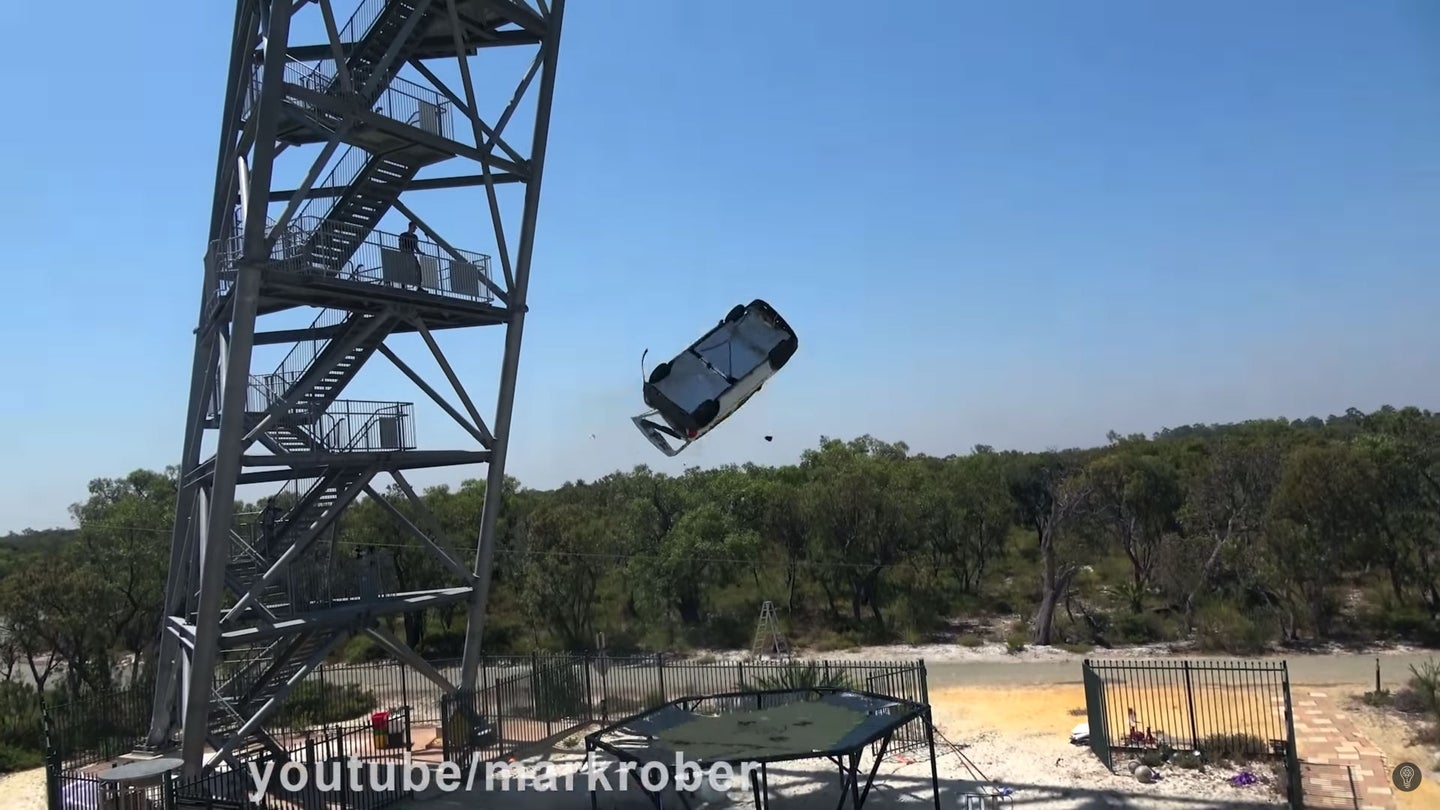 What happens when you get someone with a mechanical engineering background together with a group of YouTubers whose only purpose in life is dropping things off a giant tower in Australia? You get this: A giant, hardcore trampoline that can stand up to almost anything, which is immediately put to work catching falling bowling balls, watermelons, and finally, a Holden hatchback.

The engineer in question, Mark Rober, was peer pressured into building the rig by the Australian video crew How Ridiculous. The gang has amassed quite the following thanks to clips of them dropping all kinds of objects from a huge tower somewhere in the Outback, though there was simply bare ground at the bottom until now. They wanted to drop bigger, more dramatic items from their perch, and the only way to do that was with a trampoline like the one we see here. Their drop tests start with a bowling ball and a watermelon before moving up to several bowling balls and a giant bag full of watermelons. After cleaning up the smashed fruit, the guys move up to the car.

Watching an old car smash itself to bits on a giant trampoline is fun, but the trampoline itself is actually a feat of engineering. The guys built it using Kevlar for the netting and 144 garage door springs that can handle hundreds of pounds each. The whole structure weighs in at over two tons and looks every bit as heavy as it is.

Halfway through the video, Rober says that he wanted to design the rig to handle the impact of nearly anything without using the ground below for support. The trampoline took some damage as the car landed slightly off to the side, but it stands up to the task without much trouble. Not satisfied with just dropping a car on their new toy, the guys immediately dropped a boat—you can check that out below.