It’s moving now, but let’s be honest—it’s a little disappointing that it’s just a big puppet. 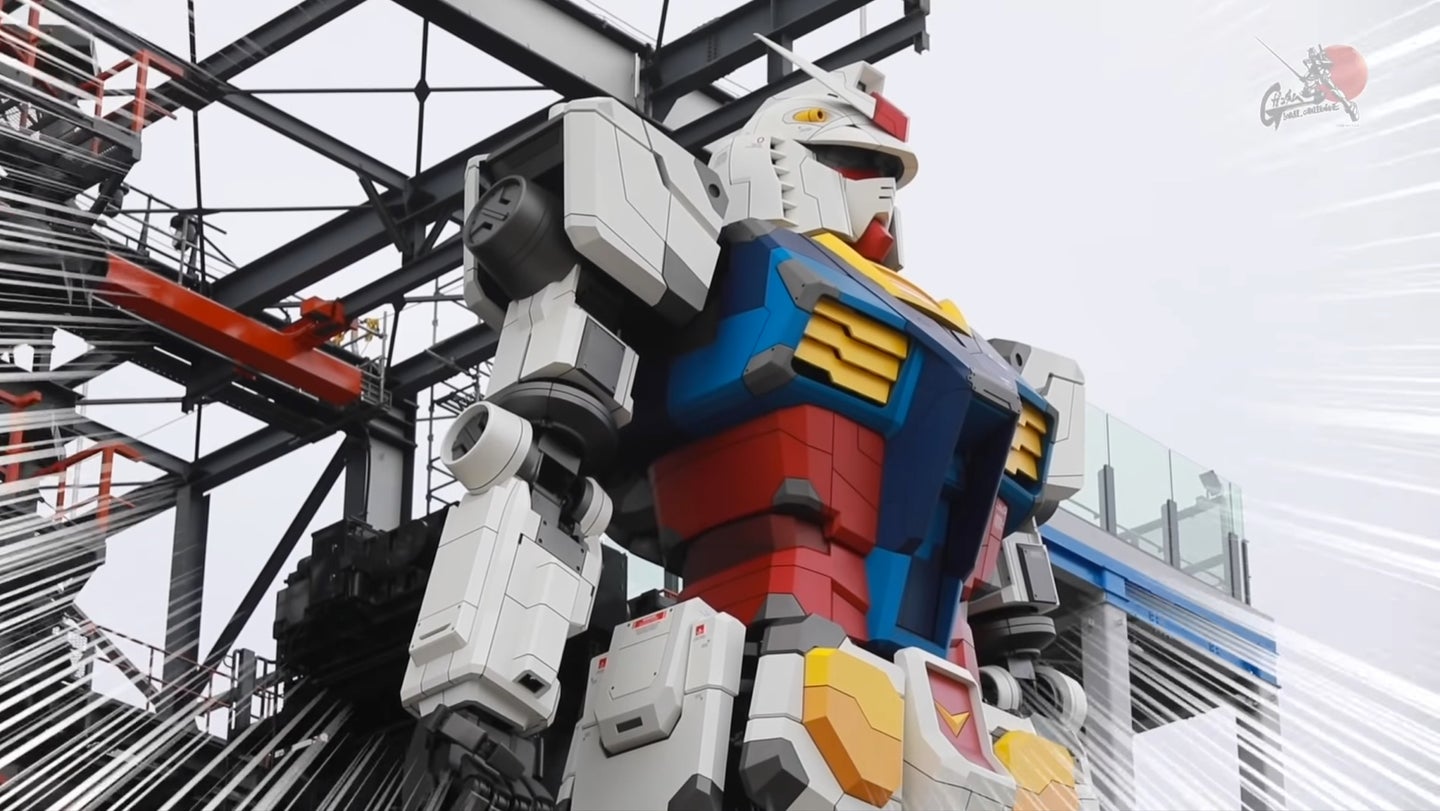 When I first heard that they were building a real-life Gundam, my eyes lit up with nostalgia and possibility. Finally, a giant robot I could use to drop-kick a 2002 Nissan Altima into the desert!

But no! Disappointment comes for us all, and turns out, this isn't anything like the pilotable mobile suits from the eponymous anime series Mobile Suit Gundam. It's just a big animatronic puppet, and no, I can't Gundam-Hammer another mobile suit in the face with it even if that pilot has it coming. How disappointing.

According to the Gundam Channel, this is an impressive 59-foot-tall moving replica of the series' most famous RX-78-2 suit. They've been building this thing since 2014 on the Yamashita Pier in Yokohama, Japan, Newsweek notes, but unfortunately they didn't work my insatiable need for mobile suit vengeance into these plans.

It weighs 55,000 lbs, is made with extensive use of carbon fiber-reinforced plastics, and can move its arms, legs, head and even fingers. Unfortunately, there's no footage of it blasting a new BMW 4 Series to bits with a Hyper Bazooka.

Look, I would be a very responsible Gundam pilot: Someone who doesn't want to start any unnecessary fights, but just wants to play with a big ol' suit-mounted beam cannon. I just need to act upon a few old grudges, that's all. I promise to only knee any other Gundams in the ball-bearings if they start it first.

At the very least, just let me loose in West Texas where there's not much to hit, and I'll be the happiest nerd ever. Let me smack up some abandoned barns and use the Wink Sink as a giant battle robot kiddie pool. Please?

Just stop being such a tease with this. I can't blast apart any sworn enemies' sheds with the anime equivalent of the Showbiz Pizza band. Give me a real Gundam, you cowards.

In 2019, urban exploration photographer Janine Pendleton went on a tour of Japan. She found a treasure trove of classic American iron.