“We filmed you back,” cops say to drivers who stop to record wreck scenes with their phones. 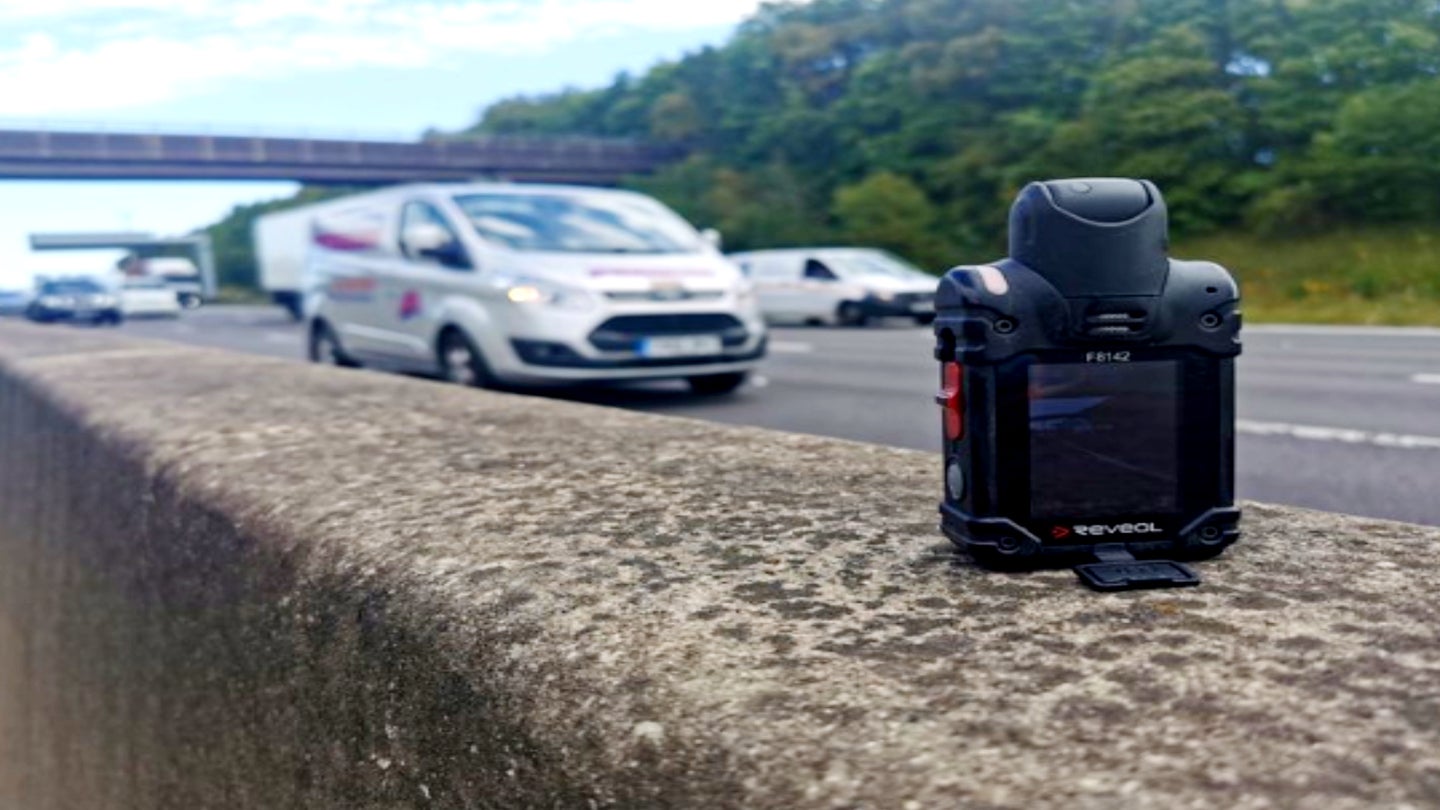 The shoulder of any highway is a dangerous place. Emergency workers tending to a car crash have to be on the lookout for rubbernecking drivers, whose inattention could make a bad situation much worse. That's why one law enforcement agency in the United Kingdom is taking an aggressive—and some may say invasive—approach to cutting down on rubbernecking-related crashes

The Derbyshire Constabulary in England tweeted about its new initiative on August 7, showing a photo of a small camera placed on a concrete divider pointed at oncoming traffic. Apparently, drivers filming crashes with their phones has been a problem, making the usual risks behind rubbernecking even worse:

The comments below brought up some interesting questions, like who will sit through the footage writing down license plate numbers, and whether or not it was a good use of police resources. Worthy questions at a time when people are increasingly worried about surveillance, privacy and the use of police power across the world.

Nevertheless, the idea is to prevent passing motorists from gawking or filming the crash scene while driving past it. We've all seen it at one time or another. Traffic suddenly slowing down to a snail's crawl to look at the scene of a crash. One distracted driver trying to catch a glimpse of a totaled SUV can fail to notice the vehicle in front has abruptly dropped their speed 25 mph below the speed limit.

An article posted on Progressive Insurance's blog Life Lanes stated that an estimated 10 to 16 percent of all U.S. car accidents are caused by rubbernecking. There are many ways to be distracted while driving, and rubbernecking is high on the list, especially with drivers who feel the need to pull out a phone and document the crash scene while driving past.

On June 4, a three-car pileup was reported on the New Jersey Turnpike in Bordentown Township, New Jersey, caused by rubberneckers looking at a car fire being put out by the fire department. The crash caused additional traffic lanes to be shut down damaged vehicles needed to be pushed off the roadway by firefighters, road crews, and state troopers. Thankfully, in this case, no injuries were reported, according to the Mid Jersey News.

It is difficult not to turn your head to look at flashing emergency lights on the side of the road. An attentive driver has to be aware of their surroundings, sometimes there are signals warning motorists to switch lanes, slow down, or stop, so we are not saying one needs to put up imaginary blinders when driving past an accident. Instead, focus on the road ahead to see what the traffic upfront is doing. If traffic starts to bunch up, slow down and leave a safe distance between you and the car in front. Be aware of the cars behind you, and if you must look at what is going on, don't gawk like you're trying to find Waldo.

Otherwise, you apparently now may risk the cops coming after you later.

It’s reminiscent of the nasty Mercedes-Benz CLR crash at Le Mans in 1999.