Kia sold six Tellurides for every Stinger in the U.S. last year. 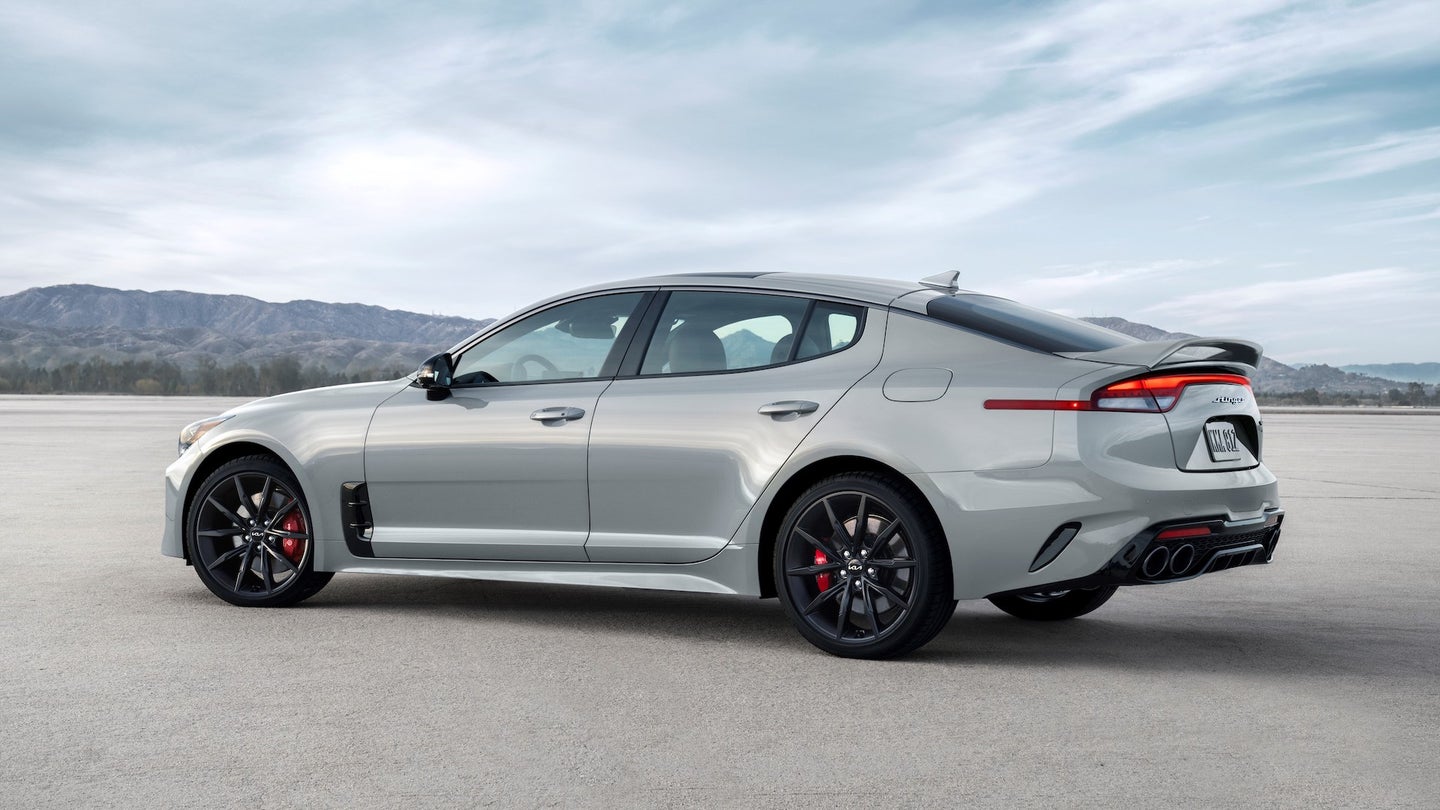 Despite it being a genuinely great car, this is not the first time the future of the Kia Stinger has been in doubt. Late last year, Kia Australia reportedly told the press that it "had no guidance on whether the Kia Stinger sports sedan will enter a second generation or be discontinued." Now, though, one Korean motoring outlet sounds quite certain that the Stinger will be gone pretty soon.

According to the Korean Car Blog, Stinger production will end by Q2 2022, citing "local industry sources" pointing to 2022 South Korean production plans released by the company last Friday. These plans allegedly say that the Sohari plant in which the Stinger is produced will no longer build the sedan starting in the second quarter of next year. The blog also states that the Stinger was originally intended to be built until 2024.

Reportedly, the rear-drive Kia's early demise was caused by, you guessed it, slow sales. Last year, Kia sold 12,556 Stingers in the U.S. For comparison, Kia sold almost six times as many Tellurides in the same timeframe.

The blog also says that once the Stinger is gone, the Sohari plant will be adapted to accommodate the production of electrified cars such as the hybrid variant of Kia's Carnival minivan.

While the Stinger's alleged death isn't exactly surprising, it does come a bit earlier than we anticipated (and hoped), especially considering the fact that Kia gave the car a facelift just this year for its allegedly final 2022 model year. Boasting bigger screens, different taillights, and a more powerful base engine, the 2022 Kia Stinger starts at $37,135 for the four-cylinder and $44,735 for the turbocharged V6.

A Kia spokesperson told The Drive that the automaker "has made no official announcement regarding the Stinger and does not comment on future product."

Got a tip or question for the author about the Kia Stinger? You can reach them here: chris.tsui@thedrive.com

The Kia Stinger Looks Even Sweeter Without a Roof

A Florida dealer commissioned this car, and more might be on the way.

The base four-cylinder grows by half a liter and gains 45 horsepower.