"This sucker's quick," the president told the media. 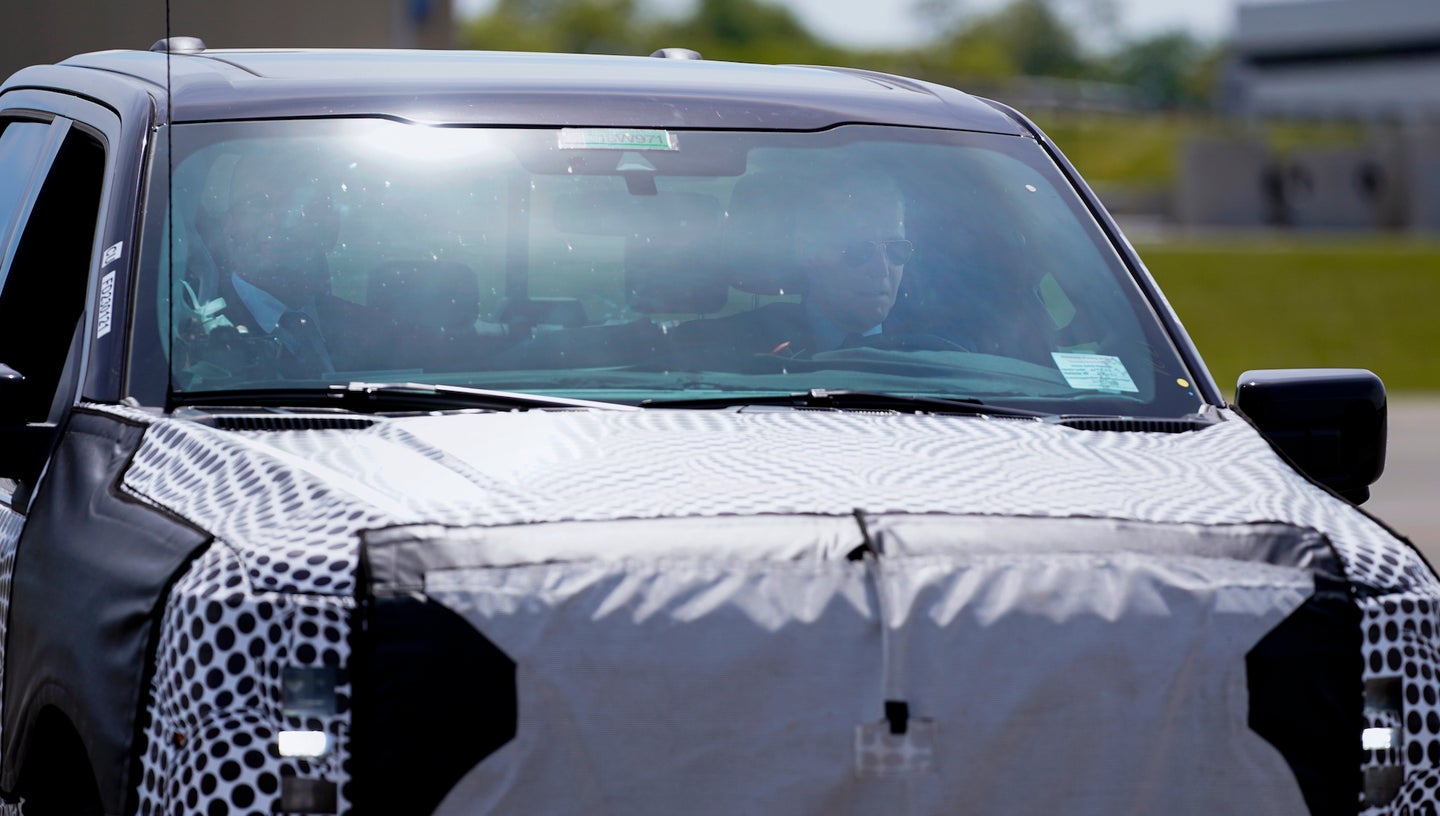 President Joe Biden's visit to Ford headquarters in Dearborn, Michigan put the automaker under the watchful eye of the world's media. This time, however, most headlines surrounding his visit didn't have to do with politics, but with the vehicle the president was there to preview: The F-150 Lightning electric pickup truck. Originally scheduled to debut Wednesday night, the president's visit gifted us an early look at Ford's upcoming truck, and possibly even its zero to 60 mph time.

After wrapping up a press conference at Ford's Rouge Electric Vehicle Center, the president was treated to a rather speedy test drive of the Lightning around the automaker's facility. "This sucker's quick," the president told the media still from behind the wheel of the truck as seen on this video by CSPAN. That's not the only detail he shared, however.

In typical Biden-esque gaffe fashion, the president may have blown up Ford's spot in releasing the truck's zero to 60 mph time a bit earlier than Ford wanted. "I'll tell you what, I don't know if anybody has a stopwatch, but we were doing zero to 60 in about 4.3, 4.4?" Biden asked. When told Ford hasn't released that data yet, Biden said, "Oh, I should be quiet."

"Now I'm gonna step on it and do 80 mph, ok?", Biden said, using the truck to duck a question about the rocket attacks and heightened violence between Israel and Palestine over the past week.

"Would you buy one of these?" another reporter asked, to which the president quickly responded, "I would."

The president's visit to Dearborn has been a whirlwind for the Blue Oval, who took the time to show him around its electric vehicle complex, development area, as well as its test track where Ford cars and trucks are put through their paces. After getting a debrief on the Lightning's new platform and technical specs, the president gave a speech where he claimed the new electric truck would "give your Corvette a run for its money." He would know, he owns one.