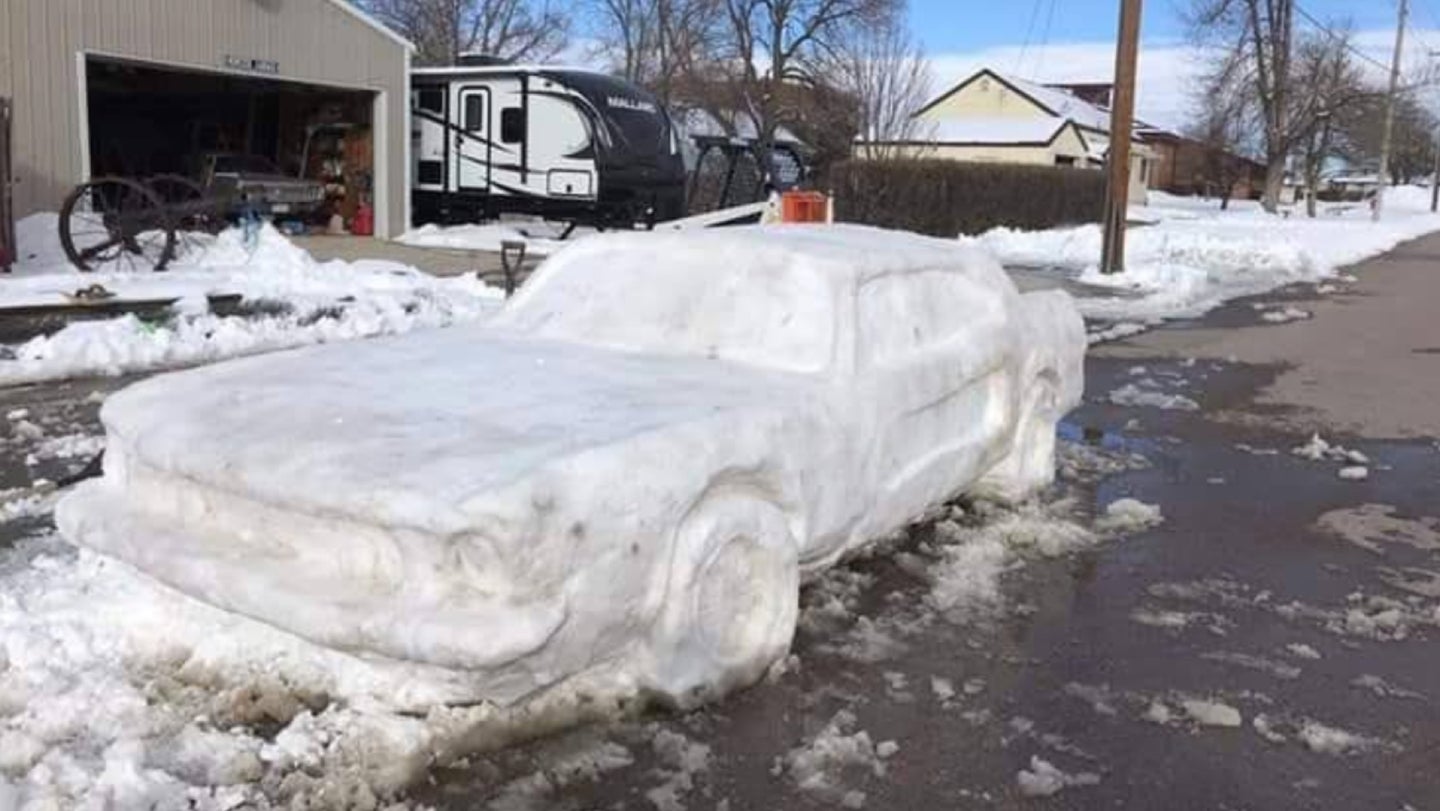 Jason Blundell and his two teenage kids, Shelby and Spencer, spent a snowy Saturday in Chadron, Nebraska, recreating their family's 1967 Ford Mustang GTA, according to the Scottsbluff Star-Herald. The Mustang stayed in the garage, of course, but its snow-replica was parked proudly out on the curb.

The "Snow Pony"  took five hours to build and blew up from there, attracting admirers from across the world thanks to a family friend who added to the display. Nebraska State Patrol Sgt. Mick Downing, who attends the Blundells' church, filmed himself writing a fake tow notice for the obvious snow-car and posted it on the patrol's social media pages.

Downing, of course, never filed the paperwork to submit the notice, as it would have been legally parked if it were a real car.

Downing's video sure fooled a few on social media, though—especially since the Internet loves its Ford Mustang memes. The car itself was realistic enough that Blundell told the Star-Herald that one person thought they were burying a real car as they were making the sculpture.

To make the car, the family used a skid loader, shovels, ice scrapers, concrete wood floats, and a squirt bottle.  Spencer even measured the real car as they were making it, just to make sure the proportions were correct.

This isn't the first large snow sculpture the Blundell family has made, as they've also done Easter Bunnies, a jack-o-lantern, and even a huge toilet. the Star-Herald notes.

"The start of that was to get my kids off their cellphones for a day,” Blundell told the Star-Herald. “Normally, we don’t do much with [the sculptures]. We just take a couple of pictures of them for ourselves. It just happened that our state trooper buddy came up to do a joke and it blew up.”