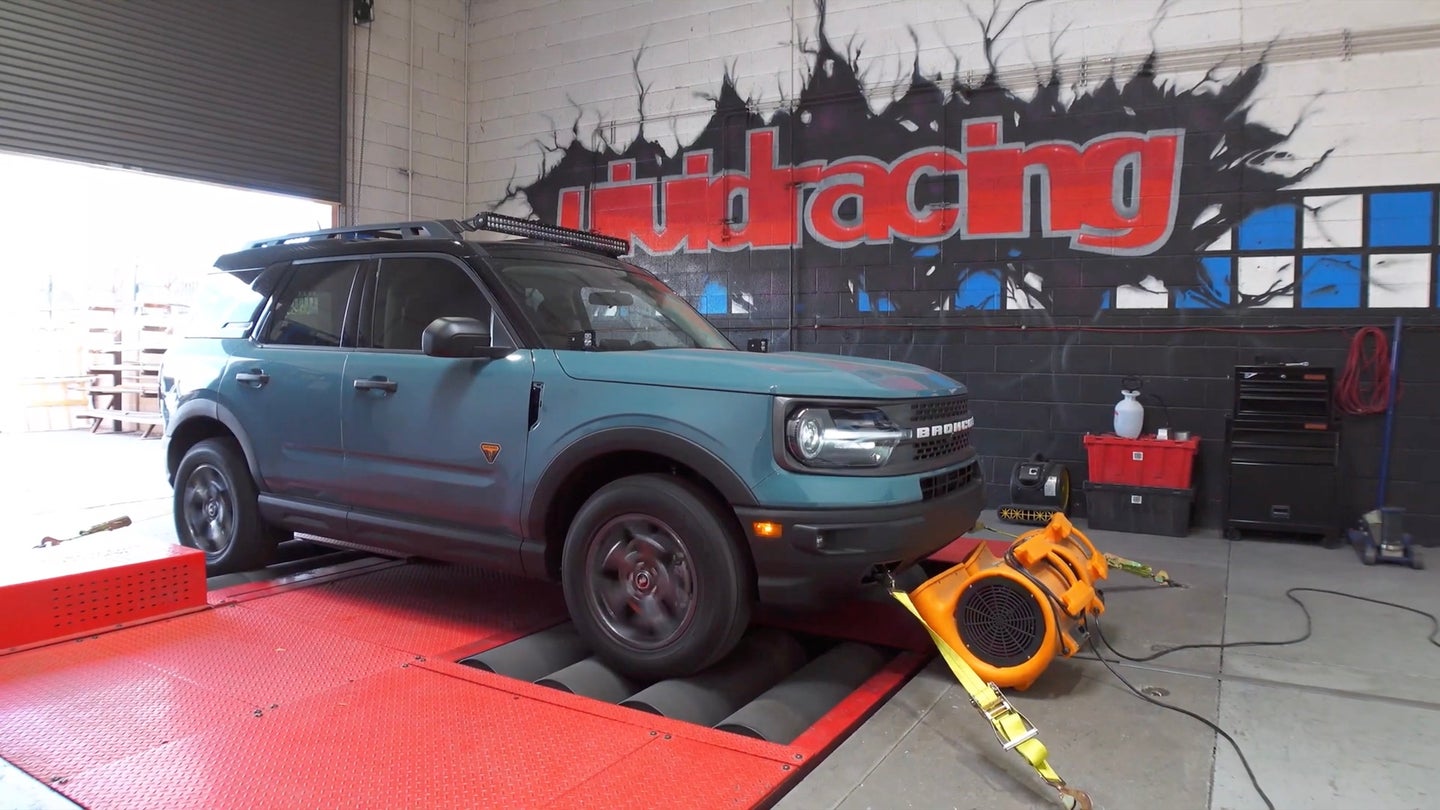 Our first taste of the 2021 Ford Bronco Sport left us with the distinct impression that Ford had committed acts of war against Subaru. We suspect more Ford and Subaru owners will see our way of thinking as newly available engine tunes for the Bronco Sport trickle out, turning Ford's baby off-roader into a weapon capable of leaving Subies behind in confusing clouds of dust.

These tunes come by way of Vivid Racing, which has released a stock ECU re-flash for the 2.0-liter EcoBoost in Bronco Sport Badlands and First Edition trims. Vivid has offered performance enhancements for these engines for years, both for the original version in cars like the Focus ST, and the 2015-onward evolution, which gained a twin-scroll turbo and increased compression. With this body of experience already in its possession, it wasn't hard for Vivid Racing to apply it to the new Bronco Sport, which mere months after launch has its own market-ready performance tune.

Before tuning, Vivid established the Bronco Sport's baseline wheel power outputs on its all-wheel-drive Mustang dynamometer. There, the Ford's advertised 245 to 250 horsepower and 275 pound-feet of torque at the crank translated after drivetrain losses to a measured 186 horse and 246 torque at the wheels—not great, not terrible as Dyatlov would say.

Once tuned, however, those numbers leaped to 222 horsepower and 300 pound-feet, respective gains of 36 and 54. Vivid estimates these would equate to crank output increases of 55 horsepower and 75 pound-feet of torque, for a total output of 305 and 350 respectively. More notably for everyday driving, its tune significantly raises power from midrange to redline, and with a throttle recalibration to sharpen response, it'll be more accessible. (It's worth noting that the graph above—which is listed on the product page for the tune—doesn't reflect the exact same numbers shared on the written description, so perhaps take the graph with a grain of salt.)

Despite demonstrating its tune in an over-long, influencer-style vlog, Vivid shared neither its tune's effects on the Bronco Sport's zero-to-60 and quarter-mile times, nor the sound of its optional backfire tune. Had they thought to do either, they might have made the idea of a Bronco Sport combining the best of the Forester and WRX a prospect more attractive still.