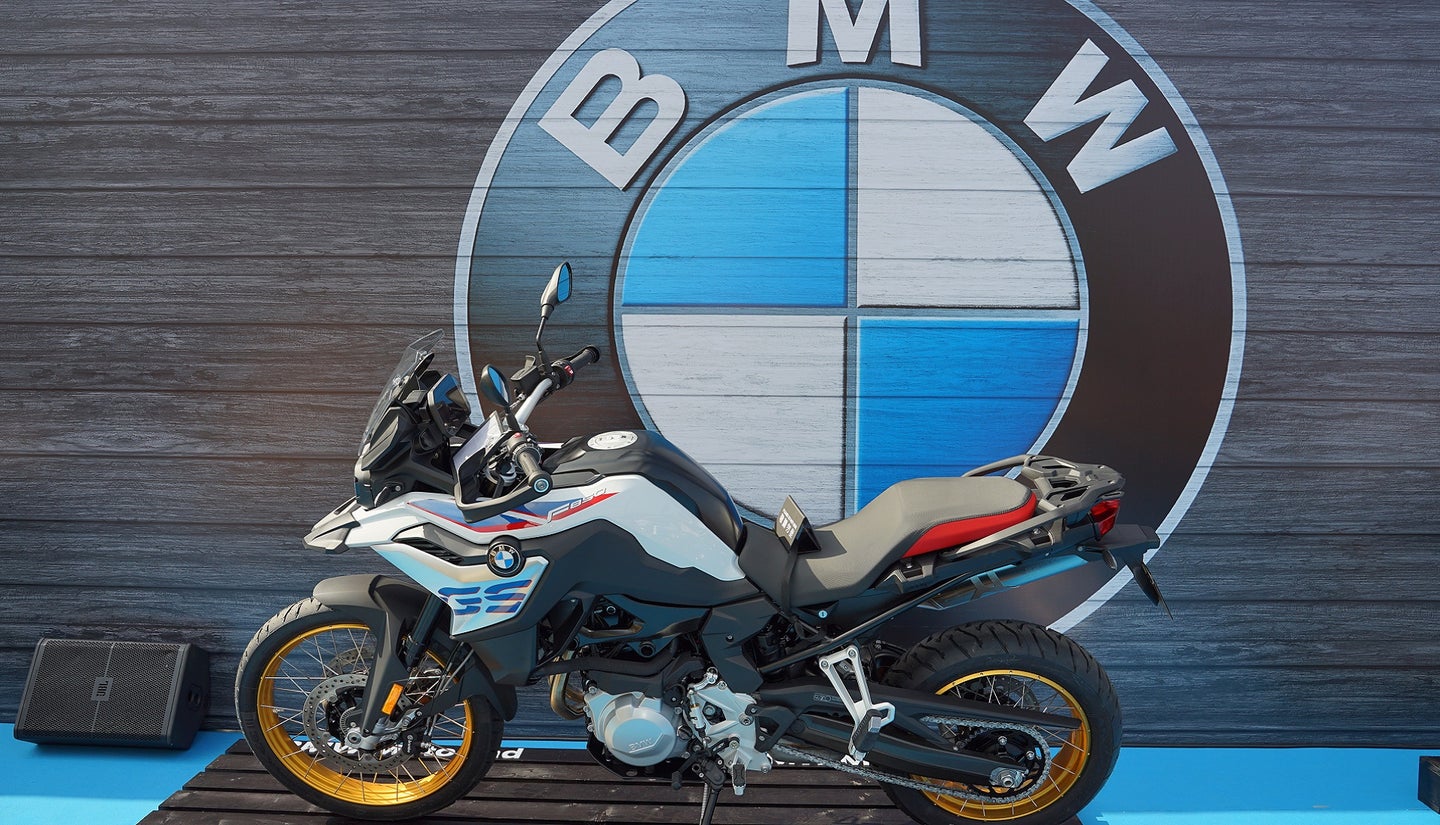 More separates the worlds of Bimmers and Beamers than just the number of wheels. The two Bavarian houses of BMW, which encompass Bimmers (cars) and Beamers (motorcycles), have had a long-standing wall dividing each other. Cracks, though, have been recently forming and it seems BMW’s ready to tear down that wall with three trademark applications that would unite the two via the brand’s M Division.

According to BMWBlog, which unearthed a score of recent trademark filings with the European Union Intellectual Property Office, BMW looks set to bring the “M” moniker to the company’s motorcycle division using three of its motorcycles. The filing pegs Motorrad’s S 1000RR, S 1000XR, and S 1250GS as the candidates for M-ification with BMW filings the trademarks for M 1000RR, M 1000XR, and M 1300GS respectively.

Breaking the filings down, the three trademarks seem to allude to a series of weapons-grade motorcycles encompassing Motorrad’s top-tier machines for the street (M 1000XR), off-road (M 1300 GS), and decimating the track (M 1000RR). What specifically the three motorcycles will entail is still anyone’s guess as BMW is keeping its lips sealed on the matter. EICMA, the annual Milanese motorcycle show which showcases the world’s latest and greatest motorcycles, is only a month away and Motorrad normally carries a heavy presence.

The two houses have had recent dealings, though. M’s two-wheel-toes grazed Motorrad’s surface with last year’s S 1000RR and its M-Package for the street-legal superbike. The pack included a carbon fiber wheels, a lightweight racing battery, a suspension kit, sportier seat, and an M-specific paint scheme. These new trademarks could point to even more M-specific parts, accessories, and development ala BMW’s four-wheeled heathens.

BMWBlog points out that these filings could be alluding to Motorrad changing its top-spec naming scheme from using “S” to “M” to better align the two brands. The Drive reached out to BMW Motorrad but have yet to hear back at the time of publishing. However, given the relatively short gap between now and EICMA, we’re positive that we will know more about these trademarks very soon. We will update this if we get more information.