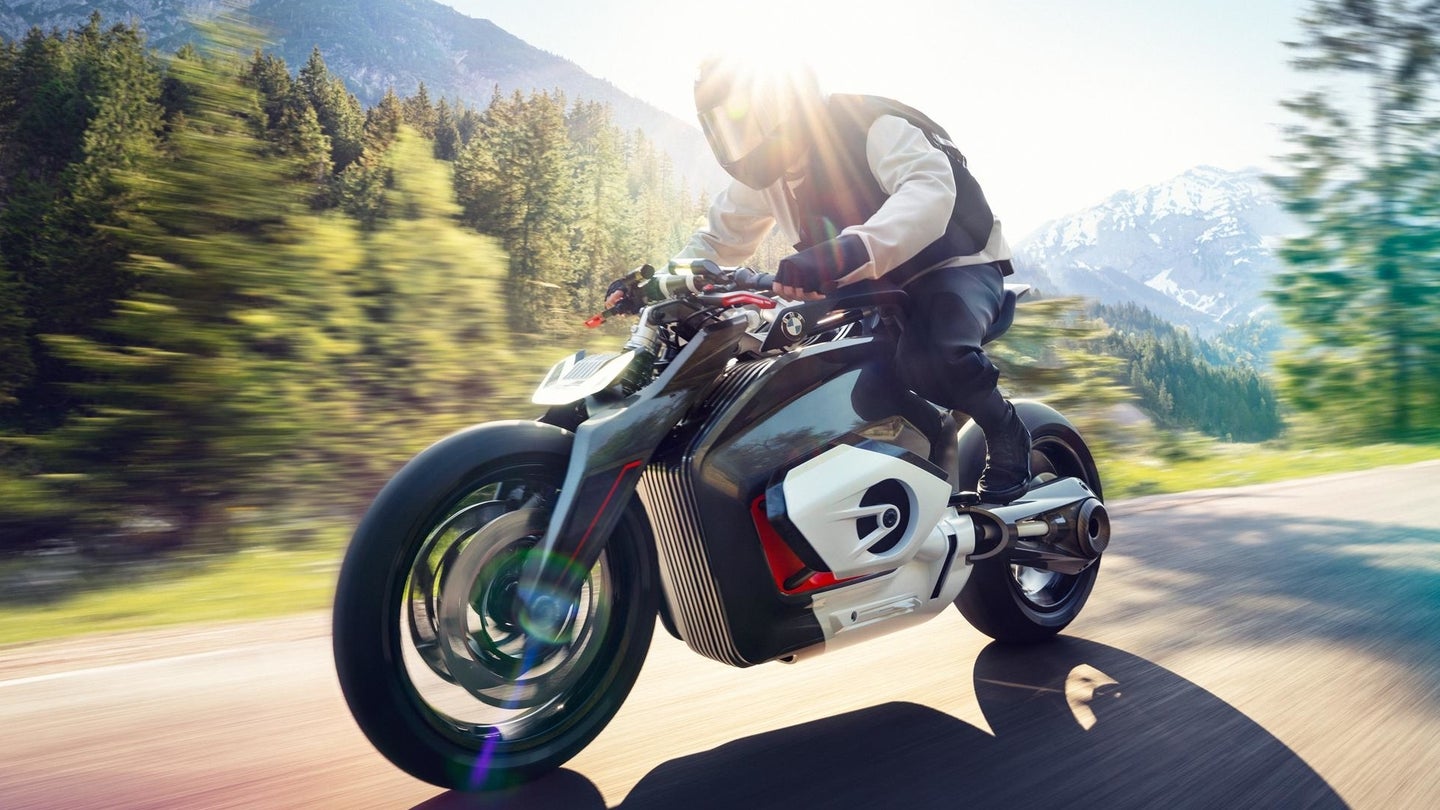 There’s something so iconic about BMW’s motorcycles. The sound, the feel, but most of all, the shape. That lithe front end giving way to the protruding air-cooled fins of a dynamic boxer engine. It’s immediately recognizable. A BMW motorcycle’s design is inextricably linked with the brand’s nearly century-old boxer engine design. Yet, the boxer engine isn’t the future. Electricity is. BMW, however, understands it can’t just release its heritage, which is why the all-electric Vision DC Roadster looks so familiar and so damn good.

To ensure that the classic boxer design element continues, Motorrad’s designers fit the electric motorcycle’s battery longitudinally instead of the more package-conscious vertical fitment. Furthering the designed integration, the Vision DC Roadster uses twin side elements that “protrude with cooling [boxer-esque] ribs and integrated ventilators.” Further, just like BMW motorcycles in the past, the Vision DC Roadster’s electric powertrain is connected to the rear wheel via a universal shaft that “visually echoes the history of BMW Motorrad while at the same time taking a step further.”

As for the Vision DC Roadster’s performance, BMW Motorrad is keeping that close to its vest, only stating that the overall appearance of the Vision DC Roadster is meant to convey a “sense of lightness so as to emphasize driving dynamics.” To further that ideal, BMW states that when the motorcycle is turned on, the electric powertrain’s cooling elements “move out slightly, indicating that the bike is ready to go” and ready to be ridden hard.

Ahead of the Vision DC Roadster’s launch, Edgar Heinrich, Head of Design at BMW Motorrad, stated, “The boxer engine is the heart of BMW Motorrad—an absolute stalwart of its character. But BMW Motorrad stands for visionary zero-emissions vehicle concepts, too. In view of this, one question that arises is: what would happen if we were to replace the boxer engine with an electric motor and the required battery? The Vision Bike shows how we’re able to retain the identity and iconic appearance of BMW Motorrad in distinctive form while at the same time presenting an exciting new type of riding pleasure.”

Heinrich added, “After all: anyone who’s ever tried it out in practice knows very well that riding on two wheels is just as exciting when it's electrically powered! The high level of torque right at set-off makes for breathtaking acceleration. This almost brutal power delivery creates a whole new experience of dynamic performance. And the BMW Motorrad Vision DC Roadster puts a face to this experience.”