A primer for the world’s premier motorcycle show next week. 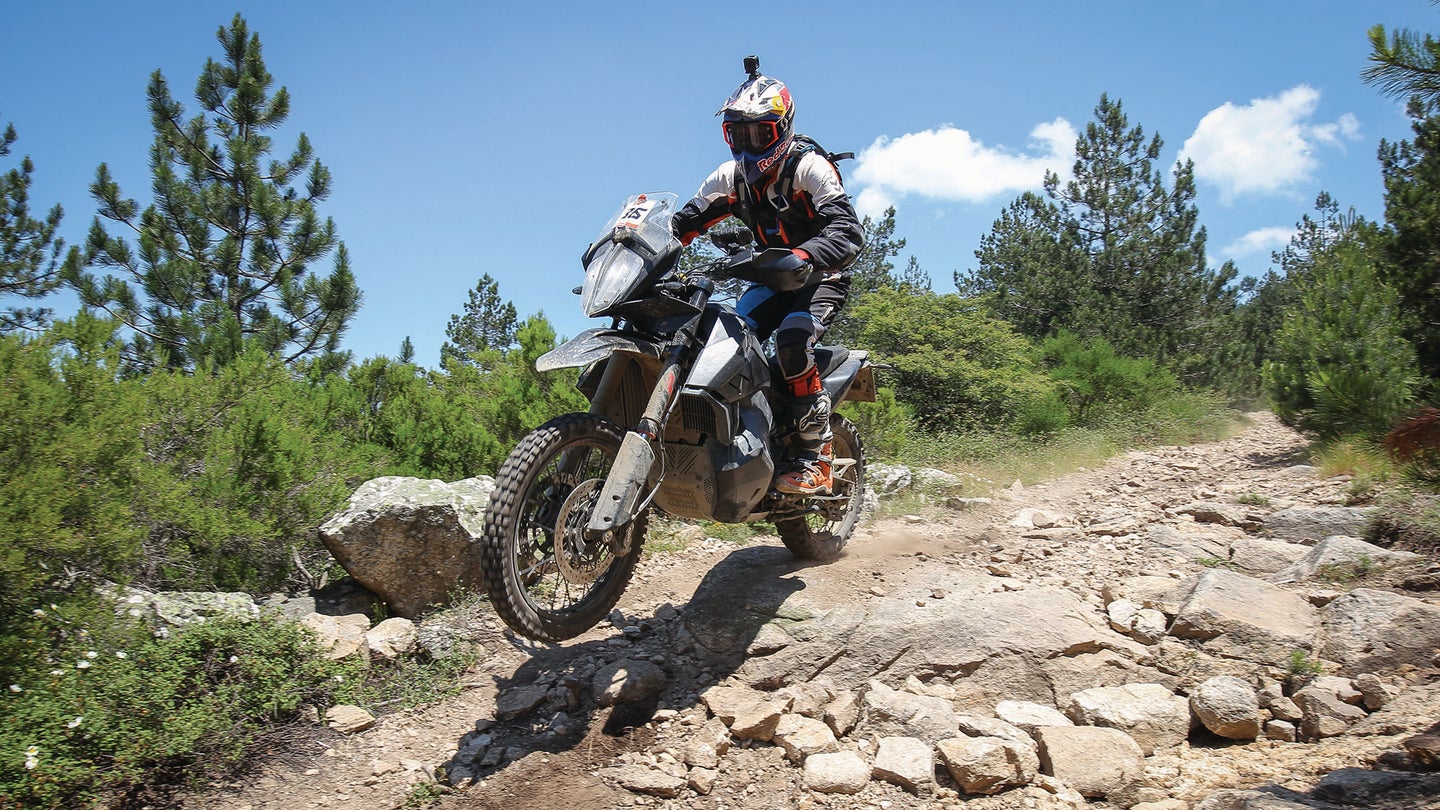 The annual Milan Motorcycle Show, or EICMA as it's formally known, is right around the corner. As the premier motorcycle show in the world, we're expecting to see some significant unveilings from a number of manufacturers when things get underway on November 6. The following is a list of the biggest bikes you need to know about.

Be sure to follow our Instagram account and watch for our daily stories, as we'll be on the ground in Italy next week getting an in-person look at all the goods.

This bad boy is at the top of our list because we know it’s coming. KTM has been testing the KTM 790 Adventure R in the real world and even at their own KTM Rallies here in the United States. KTM is no stranger to creating everything from performance dirt bikes to bonkers street rockets to big adventure motorcycles. The KTM Super Adventure S is on my short list of favorite motorcycles ever made, and the 790 Adventure R may be the adventure bike that effectively bridges the gap between big heavy Adventure bikes and dual-sport bikes.

"The initial challenge I had with the 790 Adventure was switching my 1090 R brain off; I was riding the 790 with an adventure bike mind-set about how to behave. But it really is a whole different thing," KTM test rider and all around off-road badass Chris Birch said in an interview with Bennetts. "When I first rode the 790 Adventure, testing in the Californian desert, I had intercoms with Quinn Cody, one of KTM’s main test riders. He was riding behind me and I kept braking for things – he was like, ‘Stop braking, you’re being like a p***y, just hit it!’"

"Everything in my mind was saying, ‘I just cannot do this,’ but the bike was dead straight. It took me a day and half to realize just what a capable off-road bike KTM have made," he added. "It really does everything that KTM say it does – and, in the process of making this high-end, hard core off-road adventure bike, they’ve actually made something really learner-friendly."

The Bavarian superbike has been spied testing on city streets in the Europe for the past year or so. There have also been preproduction spy shots, social teasers aplenty, and greyscale renders provided to the press at INTERMOT. But we still don’t have a physical bike to touch, smell, and ogle with our eyeballs. That all is set to end at EICMA where it will finally be unveiled.

BMW is remaining tight-lipped, as this is a full-on redevelopment of the bike. The big buzz is that the engine will produce just north of 200hp and include additional performance upgrades. The BMW S1000RR has always been a savage superbike and the new one is expected to carry the torch into the future.

It’s no secret that I’m a huge fan of Husqvarna‘s street-focused motorcycles. I had the opportunity to test the 701 Vitpilen and the 401 Svartpilen/Vitpilen combo  earlier this year and each of them embodies a radical design unlike any other bike on the market. They're also a blast for urban commuting.

The 701 Svartpilen will utilize the same 692cc single-cylinder found in the 701 Vitpilen with a more upright sitting position courtesy of tracker-style handlebars. The 701 has the potential to be a future classic scrambler if it comes standard with a set of spoked wheels, a larger front wheel, and more suspension travel. Chances are it will retain flat track elements including cast wheels and semi-knobby tires.

I would be delighted if Yamaha finally announces the Ténéré 700 adventure bike. It’s been on the map and in development for the last three years, and at this point a lot of people in the motorcycle industry are getting frustrated with the wait. But if it's finally unveiled at EICMA, the Yamaha Ténéré 700 would be the closest contender to KTM‘s game-changing 790 Adventure R. Drawing on Yamaha’s rally-raid endurance bikes that race in the Dakar, it has the chance to set a strong middleweight standard in a category more and more riders are clamoring to see expand.

To date there are no official specs on the bike, and Yamaha has remained adamant that the one in existence (seen here) is still a prototype. All we know is its heart will be made of a 692cc CP2 engine, the same one found in the Yamaha XSR700 and MT-07. It provides a good amount of usable power on or off-road but remains light enough for some serious fun off-piste.

Kawasaki recently dropped the guillotine on the elderly KLR650. Not to take away from a motorcycle that has a rich heritage of 30 years of service, but the dual-sport senior citizen was never too exciting ride or great to look at. But it worked, damnit, and when it didn’t it could be fixed with a wad of chewing gum and some dental floss. The KLR has always been considered a rugged world traveler for that reason.

Now rumors are floating around that the KLR might become something different: Kawasaki‘s first true adventure bike. Beyond rumors and hearsay, all we can do is wait and see if anything manifests at the show. The 2018 Milan Motorcycle Show kicks off its media preview days on November 6 and will be open to the public from November 8 to 11.

The Beloved Kawasaki KLR650 Dual-Sport Is Reportedly Being Discontinued

It looks like the iconic bike is taking the trail to moto heaven.