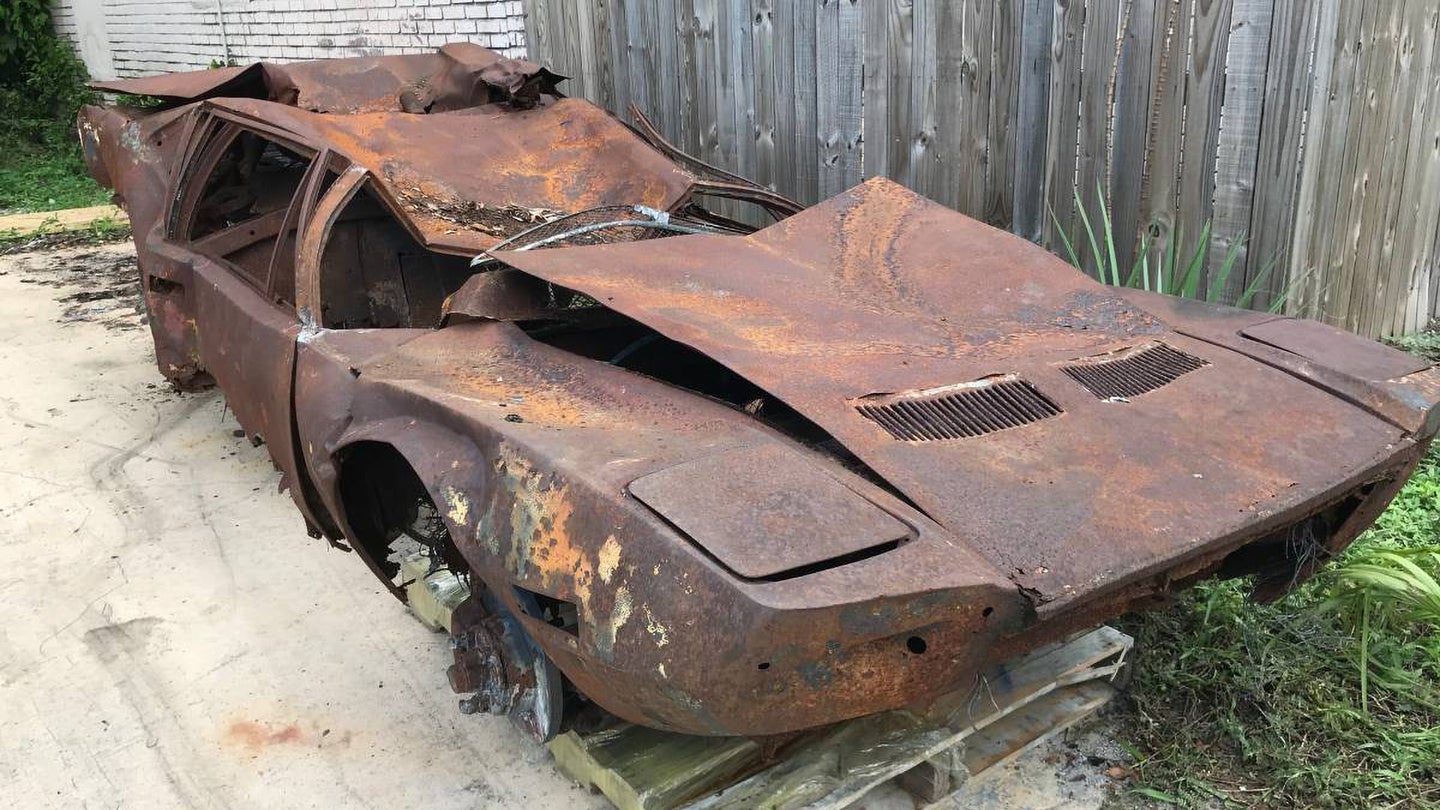 The saying “one man's trash is another man's treasure” isn’t always true. Case in point is this rather crispy 1971 De Tomaso Pantera listed on the Hollywood, Florida Craigslist. And while we don’t doubt this was a fun and sexy ride at some point in its life, we’re not so sure the burnt remains are worth the $2,000 asking price. But you be the judge of that.

Interestingly enough, the seller claims there are “many usable suspension, transmission, and engine parts,” but the sad reality of car fires is that they often result in a complete loss, leaving little chance of anything being rescued. And even though it appears some metal parts remain, the high temperatures associated with car fires typically compromise the structural rigidity of metal components, meaning whatever is left looking "ok" is still basically useless.

Even though we've seen some crazy restorations before, it's safe to say that this hot rod could most likely be used for a cool flower bed or out-of-the-box art sculpture. After all, it does still rock that sleek De Tomaso look and it could look even better if some panels are able to be straightened out. If only there was still an engine under the hood.

Let's not forget that at the end of the day, De Tomaso Panteras are highly collectible automobiles. There are several turn-key Concours-quality examples listed for six figures, and even one officially owned by Carroll Shelby with 4,471 original miles going for $249,000.

This early ’64 E-Type Series I Coupe sat in the woods for nearly 30 years before being restored to its former glory.

If you’re interested in buying this Pantera, there’s a catch.