Friendship ended with JETTA. Now COROLLA is my best friend! 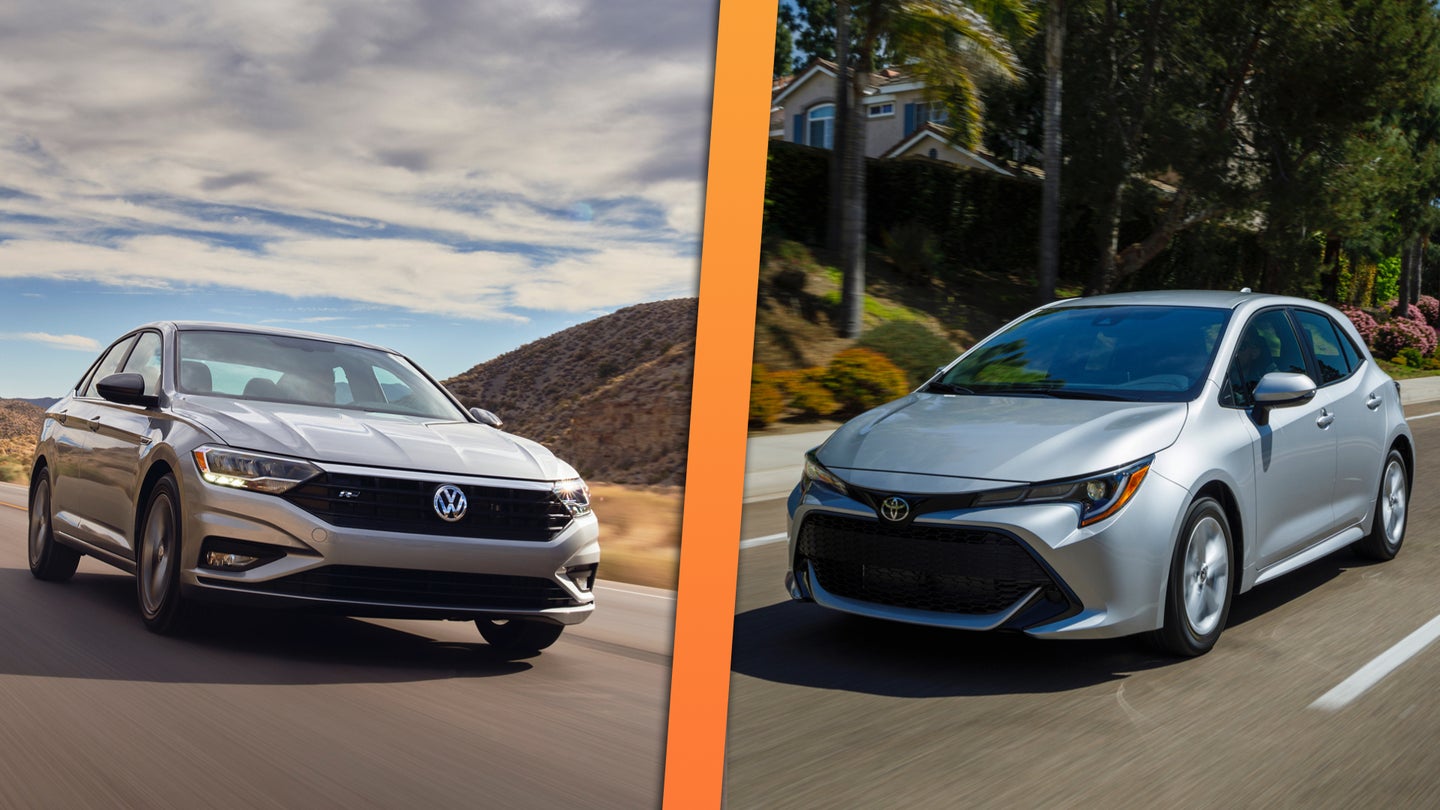 The Toyota Motor Corporation is once again the world's best-selling automaker, per 2020 financial reports cited by Agence France-Presse, outselling the Volkswagen Group for the first time since 2015. Toyota and Volkswagen now sit at No. 1 and No. 2 on the automotive bestsellers' list, respectively, with Toyota reporting worldwide sales of 9.53 million vehicles in 2020 and VAG only reporting 9.3 million vehicles sold.

2020 was a weird year, as the global pandemic led to declining sales. Toyota was no exception, reporting a global sales dip of over 10%, reports AFP. Volkswagen was hit harder, though, with a 15% drop in its global sales numbers.

These sales figures include Toyota's three subsidiaries Lexus, Daihatsu and Hino in addition to its Toyota-badged cars, Automotive News notes. Likewise, Volkswagen's sales numbers include not only its Volkswagen-branded cars, but also cars from its Audi, Porsche, Skoda, Seat, Man and Scania brands.

Toyota credited better than expected fourth quarter sales as well as a big bump in Chinese sales, which have grown over 10% in the past year. China is particularly interested in Toyota's green technologies, which has strengthened Toyota's ties to with the Chinese government, auto analyst Koichi Sugimoto told AFP. Toyota's reputation for quality has also boosted its sales in China and North America, and Japanese companies in general have been working hard lately to promote their brands up in China, Sugimoto said.

Automotive News also notes that Volkswagen's major presence in the European Union hurt them significantly, as passenger car sales for everyone dropped by 24%, per European Automobile Manufacturers Association numbers. Meanwhile, Toyota has stronger sales in the United States, where lockdowns weren't as severe and light vehicle sales fell "just" (hey, everything's relevant for that garbage year) 14.4%.

Volkswagen Group CEO Herbert Diess has also been focusing on boosting the company's profits, even if that means selling fewer cars than they previously did, Automotive News reports. Isn't that the figure that matters at the end of the day, anyway?