Toyota might be behind on EVs, but it's still an undisputed industry leader in hybrids. 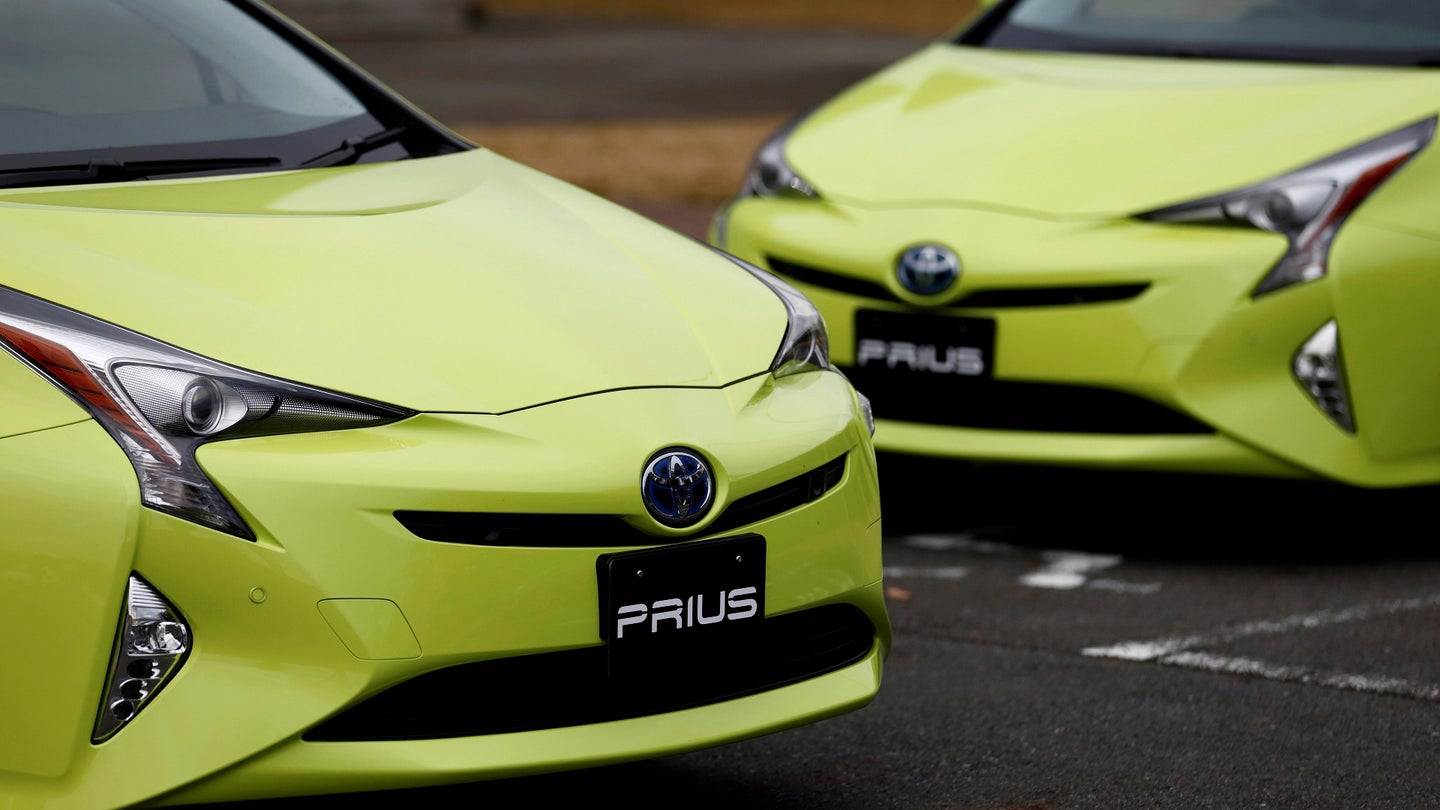 Despite being a bit of a laughing stock, the Prius just led Toyota to achieve an impressive sales goal three years ahead of schedule.

In October of 2015, Toyota set a goal for itself to sell 1.5 million electrified vehicles annually by 2020. The conglomerate sold 1.52 million hybrids in 2017. This was an 8 percent boost over 2016. Toyota claims the grand total of 11.47 million electrified vehicles it’s sold over the years represents a reduction of more than 90 million tons of CO2 compared to conventional cars.

"In just over 20 years, we have seen electrified new vehicle sales increase from under 500 sales to more than 1.5 million sales," said Shigeki Terashi, executive vice president, Toyota Motor Corporation in a press release. "This is a testament from our customers to the quality, durability and reliability of our electrified powertrains, and, thanks to them, has led us to establish a solid and sustainable foundation for mass producing a more diverse portfolio of electrified vehicles across our range moving forward."

Not surprisingly, the Prius is leading the charge. The ugly duckling that’s been defining hybrids for 20 years sold 218,600 units globally in 2017 and almost 4 million in total since it came out. Other leaders are the Prius C, which is big in Japan, and the Yaris Hybrid, which is Europe’s favorite Toyota hybrid.

Toyota has been criticized for being behind the curve on EVs and it looks like the brand is still taking its time on all-electric vehicles. The press release states it will begin mass production of EVs starting in 2020 for China and India followed by the U.S., Japan, and Europe. It sounds like Toyota’s main goal is to reduce emissions regardless of the power source and its strategy to do that is to simply keep doing what it does better than anyone else in the industry: Sell a lot of hybrids.