The 4×4 test mule doesn’t seem to be bothered by the cold. 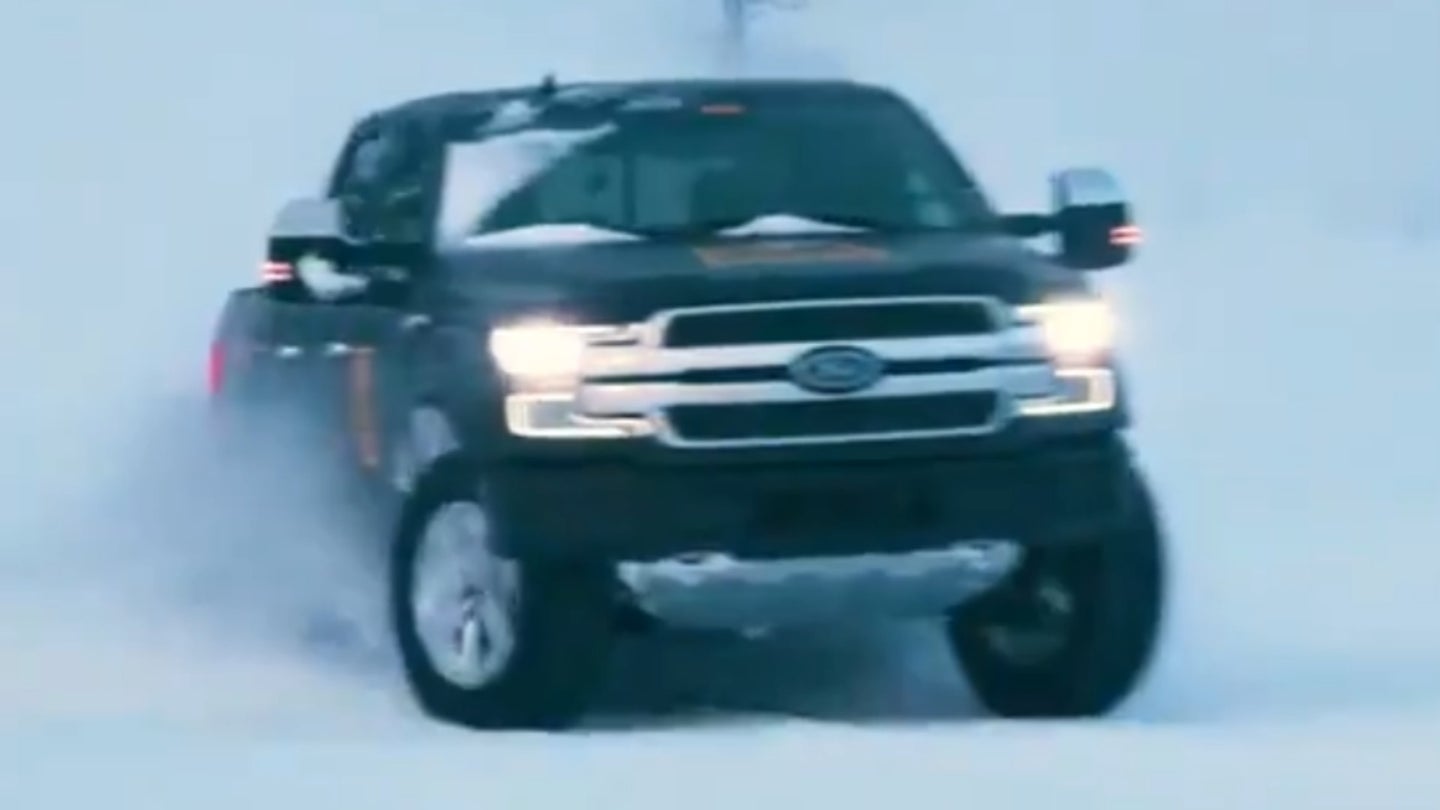 The last time we saw Ford's electric F-150 test mule, it was July of 2019 when it showed off its towing potential by tugging a million-pound train of rail cars down a track. It's been a pretty quiet development process since then, though Ford has apparently decided an update is due for the holidays. On Monday, the Dearborn automaker tweeted a video showing the same train-hauling prototype—it looks like there might be a few of them now—out winter testing. It was a bit more than just a quick trip down to the shops in a snowy village, though.

One prototype can be seen drifting around in fresh snow, and you can tell that Ford has made this a bit easier by equipping at least one of the trucks with four-wheel-drive. I mean, it would be pretty silly to make an electric F-150 without 4WD, but very little is known about the truck still.

These trucks don't have to wear any camouflage since they're already dressed in the previous-gen F-150's bodywork. Who knows what different styling cues the production version will pick up compared to other 14th-gen models—one feature that seems like a sure thing, however, is the illuminated grille Ford teased a while back.

Besides this winter testing video, Ford has offered no new details about the truck's drivetrain, other than the fact that there will be a 4WD model. Based on patent information, we've previously speculated that the electric F-150 will be available with a toolbox-shaped generator in the bed to recharge its batteries, so the EV won't be stuck somewhere if a charging station is nowhere to be found. Unfortunately, there's no sight of something like that in this video. It would've been nice to see our suspicions confirmed, but hey, it's all right.

The electric F-150 is slated to go on sale in mid-2022, and by that time we'll definitely know more about this electric beast, like how much it has in common with Ford's Mach-E crossover. With the EPA confirming the range of that pony to be somewhere around 300 miles, we can expect similar performance from this truck as well. TFL Truck also points out that, like the Mach-E, the electric F-150 prototype we see here features an independent rear suspension.

We'll just have to hope it hasn't been delayed too much by the pandemic like the Bronco was.

America’s best-selling vehicle for 38 years keeps living up to its name.