America's best-selling pickup is going electric, but first, Ford’s got to spend a chunk of cash. 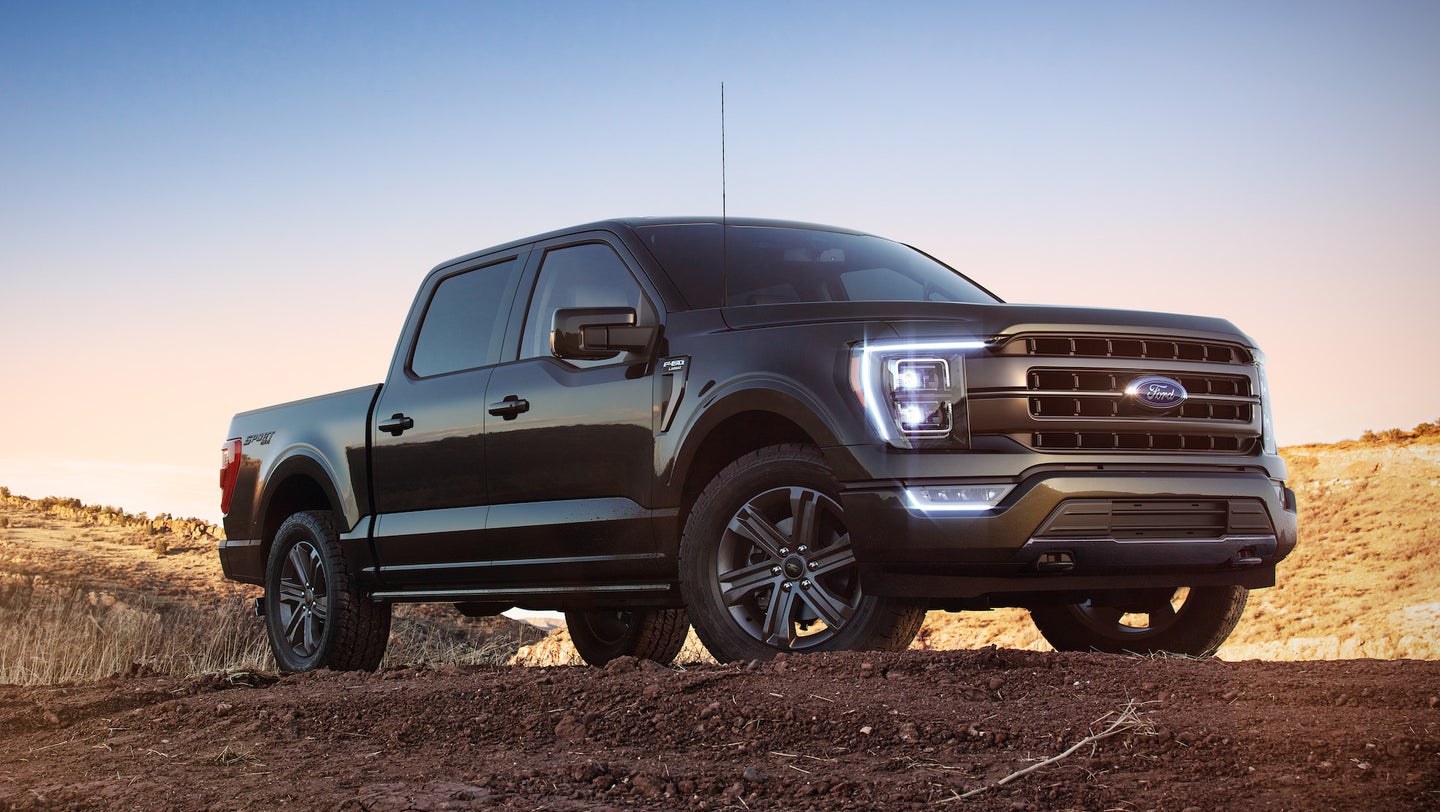 In a time of continued economic uncertainty, the world's automakers are buckling in for a potentially rough fourth quarter. It couldn't come at a worse time, especially as manufacturers are at a tipping point in the move toward electrification—any faltering or delays could mean a loss in valuable market share. Ford knows this and, despite the risk, has decided to move full-tilt toward its future goals, including ponying up a $700 million investment in its historic River Rouge Complex.

On Thursday, Ford announced that it has broken ground on its all-new electric F-150 plant at the pickup's home in Dearborn, Michigan. The renovations will enable Ford to build its upcoming F-150 PowerBoost hybrid and eventually furnish the plant to crank out Ford's electric variant, which is due for market release in mid-2022.

The technical overhaul is just the first part of the automaker's $700 million commitment to the future of its products, an allegiance which Ford says supports an approximate one million jobs across the United States. Ford has also committed to adding an additional 300 jobs to its River Rouge facility, each of which will be aimed at supporting the electrification of the F-150, including battery production and assembly of the truck.

If River Rouge doesn't ring a bell, it certainly should. The plant was Ford's flagship manufacturing facility after its 11-year construction completed in 1928. At the time, it was not only Ford's pièce de résistance, but also the largest integrated production line factory in the entire world. River Rouge took over production of the F-Series pickup range shortly after it was launched in 1948 and continues to be where Ford assembles its best-selling product to this day. It seems only fitting that Ford chose to breathe new life into one of its most historic plants and equip it with the necessary means to shuttle the automaker into its next stage of life.

Ford revealed the news as part of its "Built for America" brand campaign, which emphasizes the automaker's unparalleled investment in American jobs, especially given the current economic climate around the nation. It also serves as a reminder that Ford has also pledged an additional $750 million which is dedicated to preparing its Michigan Assembly Plant to handle production of the all-new Bronco and Ranger. In total, Ford estimates that it will create approximately 3,000 jobs across Michigan over the next three years.

The F-Series pickup (which includes the F-150 and Raptor, as well as the Super Duty line trucks up to the F-450) is also Ford's best-selling product family. In 2019, the automaker sold a new F-Series every 35 seconds, or about seven trucks in the time it takes to get your morning coffee from Starbucks. Ford says that equates to around a $50 billion contribution to the U.S.'s Gross Domestic Product each year (more than McDonalds, Nike, Coca-Cola and Netflix).

And while we haven't seen what the all-electric F-150 will have in store for consumers, Ford continues to hype up its audience ahead of the launch. The automaker says that thanks to the reduced maintenance costs associated with its new battery-electric drivetrain, the electric F-150 variant will have the lowest lifetime operating cost among all F-Series vehicles. Other work-centric features (like portable power generation, "giant" front trunk and more power than any F-150 on the market today) are also poised to gobble up the market with ease, so as long as owners aren't upset it doesn't look like a Cybertruck.