Haters will say it's Photoshop, but the video says otherwise. 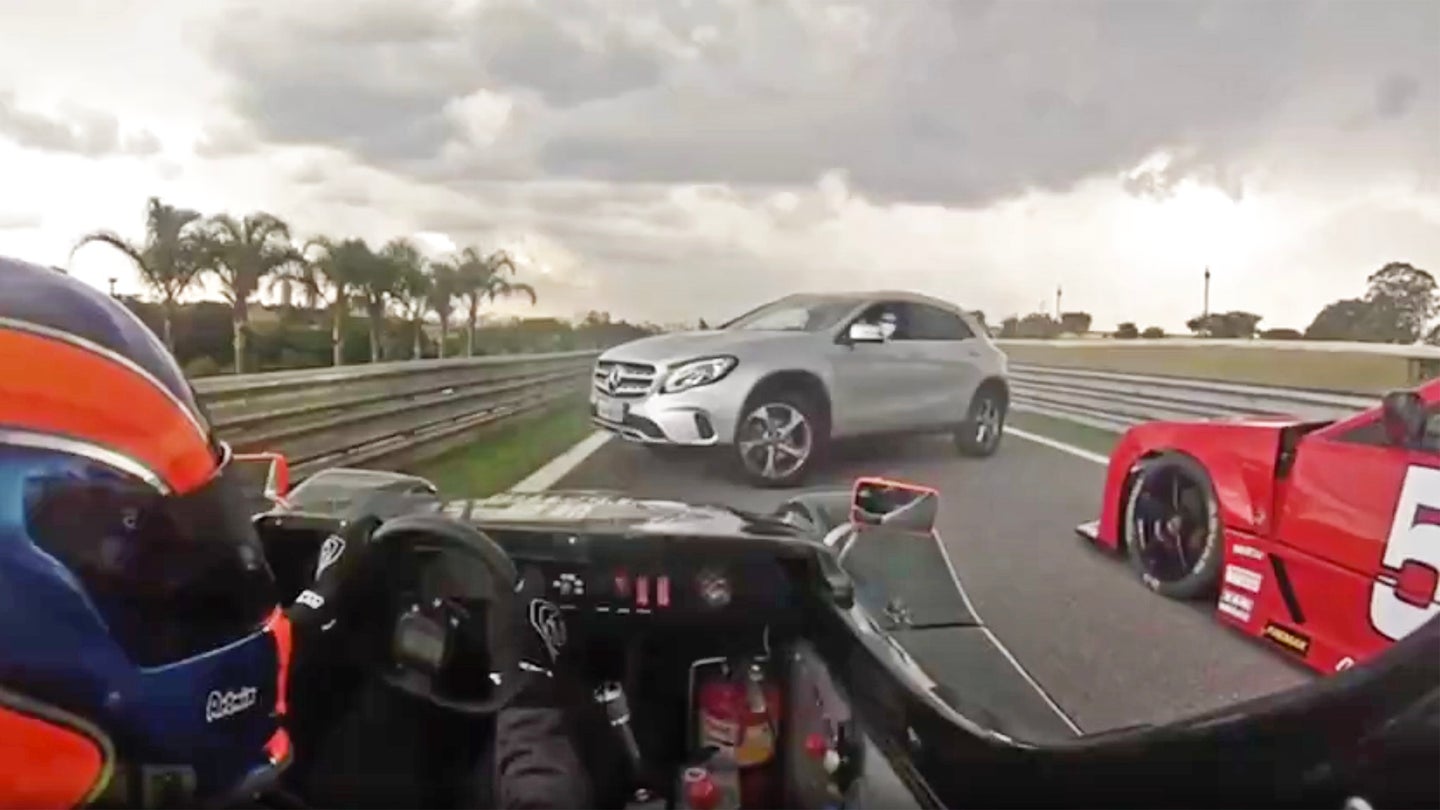 Some people live life in constant fear of public ridicule. They stand on the sidelines of life, camouflaged in modest lifestyles, afraid of the unkind masses taking notice of them. But try as they might, all it takes to unwillingly end up in the spotlight is somebody cheaping out on signs, as the driver of one Mercedes-Benz GLA discovered when they found themselves accidentally blocking pit road at Brazil's most famous racetrack, Interlagos.

Echoing an incident in late October, when the driver of a Mini Cooper wandered on to a hot track after getting lost, the driver of said Mercedes was filmed by the GoPro of a driver visiting for a track day. It's clear from the footage the Mercedes' driver saw cars flying past, had a panicked moment of "that's definitely not the right way," and attempted a turnaround, only to find themselves holding up multiple cars trying to exit the pits at speed. One of them, seemingly a modified Chevrolet Camaro, arrives in a small cloud of tire smoke having barely stopped in time.

Going by the flustered driver of this Mercedes and that of the Mini before them, it would seem Interlagos has a shortage of signage—a conclusion corroborated by comments on social media. Rough translation of a reply to the tweet embedded here suggests it's easy at Interlagos to end up on track completely by accident, and further light is shed on the problem by a Reddit commenter.

"What happens is the racetrack complex has several events happening at the same time and the access and parking areas of some of these events are improvised and poorly signalized because they have to change the exits constantly," says user luke_in_the_sky. "I've been in a concert there and the exit of the parking lot was so poorly signalized at night that several cars ended driving for few kilometers on the track (me included) until we found an exit."

Clearly, someone at Interlagos needs to invest in some spray paint, stencils, and tin sheeting to rig up something that prevents more near-misses like the one seen here. Given the circuit's questionable future on the world stage, however, it's equally understandable why track management would throw up its hands at further investment... Even if it's just a few hundred dollars' worth.