♫ One of these things is not like the others ♫ 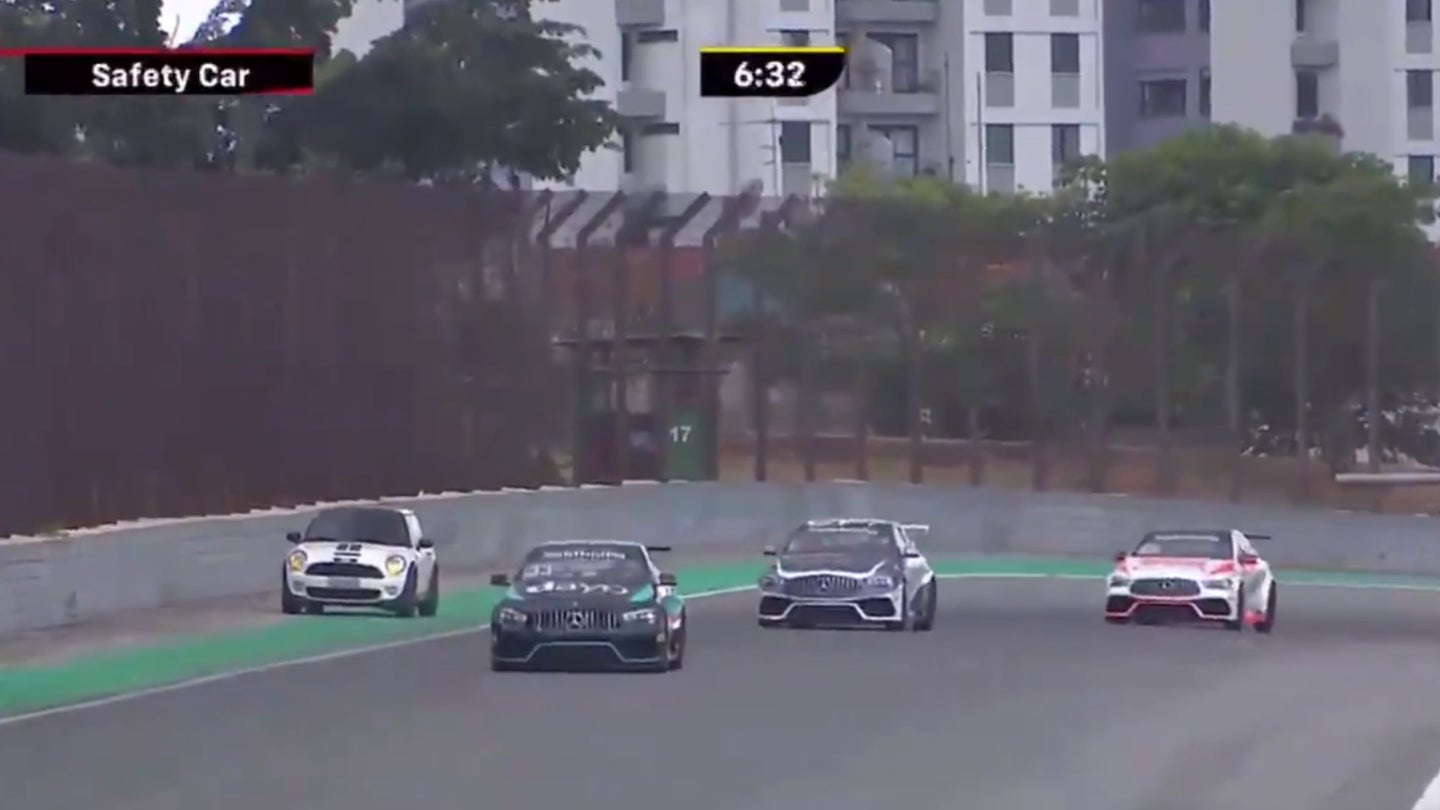 Over the weekend of Oct. 24-25,a Mercedes-Benz Challenge race took place at Interlagos Circuit in Brazil. It was a pretty standard contest from the start, though it suddenly became a lot more interesting when a stray Mini Cooper wandered onto the track. The race announcers began to panic, shouting that the driver should be arrested, and the safety car was called out just before the race was completely derailed.

As it turns out, the woman driving the Mini was at the same facility for a drag race event. After finishing her pass, she went down the return road only to get lost, somehow ending up on the track where the aforementioned race was active.

After the dust had cleared, it became obvious to everyone that what took place was an accident, not an intentional invasion of track limits, which does happen at racetracks occasionally.

“I went with my boyfriend to an event called ‘Forbidden Races’ to watch two of our friends, but the car of one of them broke down and he was unable to participate,” the woman said, commenting on the incident in a statement translated from Portuguese. “Even with an almost all-male audience, I saw two girls competing and got excited.”

She seemed to do reasonably well in her drag race, though, running against what looks like an older Mitsubishi Galant. You can see her pass in the video below.

The mistake occurred after that drag race, of course, and considering this was her first time running at the track, it's easy to see how she might've got confused. In a statement, the Sao Paulo Automobile Federation said it's currently investigating the incident.

Luca Corberi was filmed throwing wreckage at a competitor as he passed before ganging up on him after the race with his father.

How the former F1 superstar works the wheel of Honda’s hottest hot-hatch is a lesson in the normalization of true speed.