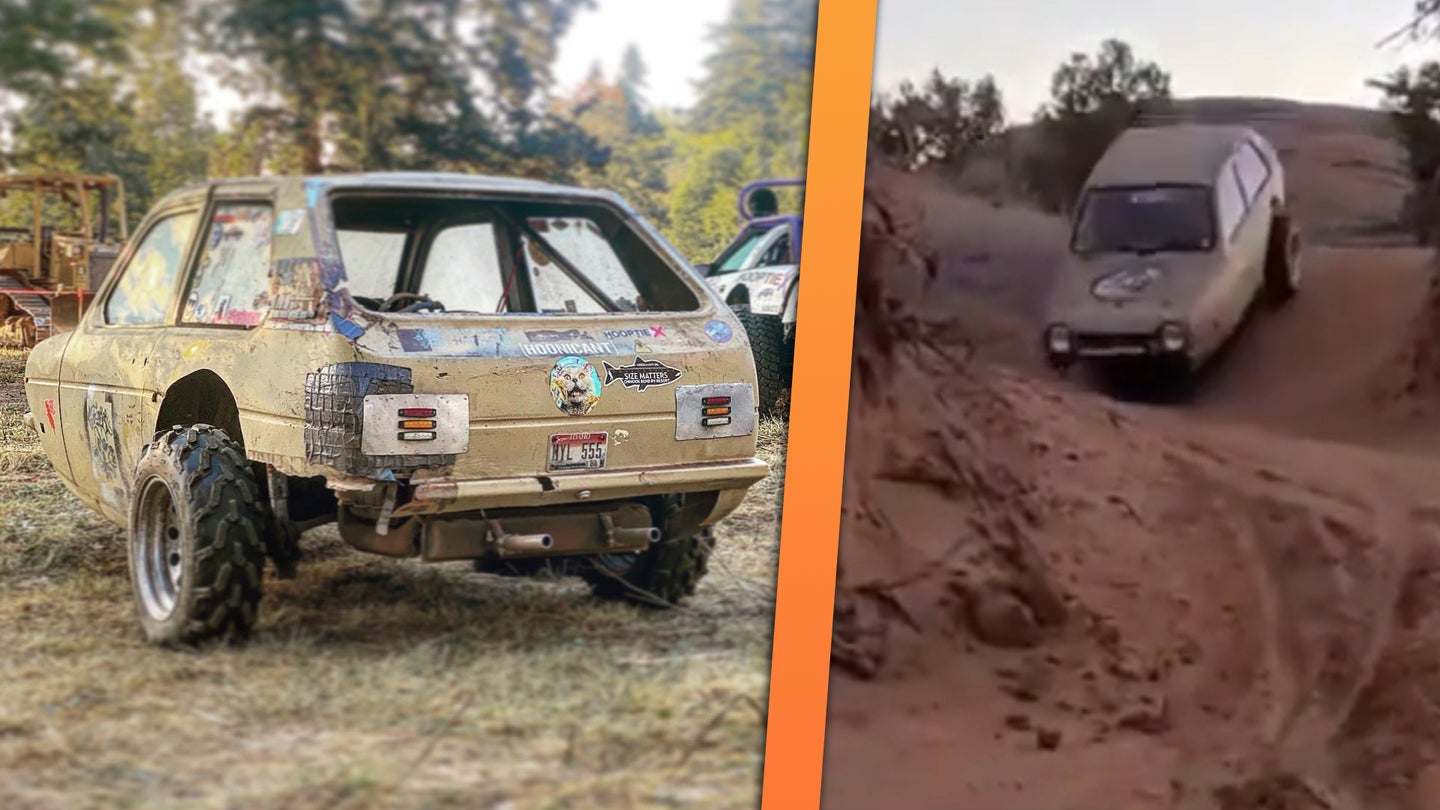 There are far too many bros who buy a highly capable off-road-ready vehicle like a Jeep Wrangler or Ford Raptor and maybe modify it a bit but never, absolutely ever do anything serious off-road. It's such wasted potential. These are not vehicles that are meant to stay shiny.

You know what wasted zero of its potential at all? This Reliant Robin, which holds its own in Moab despite having one of the tippiest three-wheel designs in automotive history.

I don't want to hear your weak concerns about your perfect precious JL maybe laying down on its side if you dare venture off the pavement with it, especially if you just blew how much on mods for it. The Robin's design is so prone to rolling over that it became the subject of an entire Top Gear segment where Jeremy Clarkson rolled one over repeatedly for comic effect. That segment embellished a bit, but the Robin's reputation for laying over or going inverted was well established before then.

This Robin's owner, Chad Lansing, has clearly modified his three-wheeler with thicker tires in the rear, a slight lift and a roll cage to be a bit more sure on its feet, but it's still hilarious to see it weave down trails in Moab like it's no big deal.

It's also the perfect example of what the Gambler 500 is all about: Take cheap cars—the weirder, the better—and run the absolute hell out of them in every possible way. This Robin, which is nicknamed the Pigasus, was built for Gambler events that often include some decent off-road parts like you see in this Moab compilation. It also does competes in the Gamblerverse's HooptieX, which is an off-road racing series for the same kind of cheap, weirdo cars.

Lansing doesn't appear to be all that scared of ending up on his roof. That's just what Robins do.

My beautiful bros, shiny and chrome—you don't need to drop thousands of dollars on sweet lifts or steel bumpers if the vehicle might accidentally park half-in a median to show off at most. You just need to go have fun. Stop taking life so seriously. Embrace your inner Reliant Robin and send it.