Speeding toward his objective, a man's heart sinks as he sees the drawbridge start to rise. But instead of backing off the throttle, he floors it, hits nitrous, and soars over the gap. This may sound like the opening scene from 2 Fast 2 Furious, but on Wednesday evening in Detroit, Michigan, that exact scenario actually unfolded.

Instead of a Paul Walker-piloted Nissan Skyline GT-R R34 leapfrogging a Toyota Supra Turbo midair, however, the stunt was reenacted by the rogue driver of a Dodge Stratus R/T believed to have been whippit'd out of his mind.

In an interview with NBC affiliate WDIV 4, the Fort Street Bridge operator Andre Locke recalled being in disbelief as he saw the Dodge snub the closed gate only to accelerate up the rising drawbridge.

"And I looked, and I said, 'no he ain't,'" said Locke to tv reporters. "I hit the emergency stop, and the bridge jammed."

Seemingly taking his Dodge Stratus's "cloud car" nickname literally, the unnamed 26-year-old went airborne and cleared the gap, but managed to burst all four tires and smash his windshield upon landing and crashing on the other side of the bridge.

"Over he went, blew out all four of his tires, and then he crashed into the other gate," said Locke, who likened the jump to a similar flight by a Dodge Monaco in 1980's The Blues Brothers. "That's a first for me."

Police immediately received a call reporting a car had "Dukes of Hazzard-ed across" the bridge, and on response, found the driver with a canister of nitrous oxide in his car. Known as "whippits" due to its common use as propellant in canned whipped cream, NO2 is a dissociative sometimes inhaled to experience a "floating" sensation, per Australia's Alcohol and Drug Foundation.

Authorities suspect the Dodge's driver to have been inhaling the substance before taking flight, and have reportedly jailed the driver at the Detroit Detention Center.

No charges have been announced, though if police publish the bridge's surveillance tape, you can bet your sweet applesauce we'll share it posthaste here on The Drive. 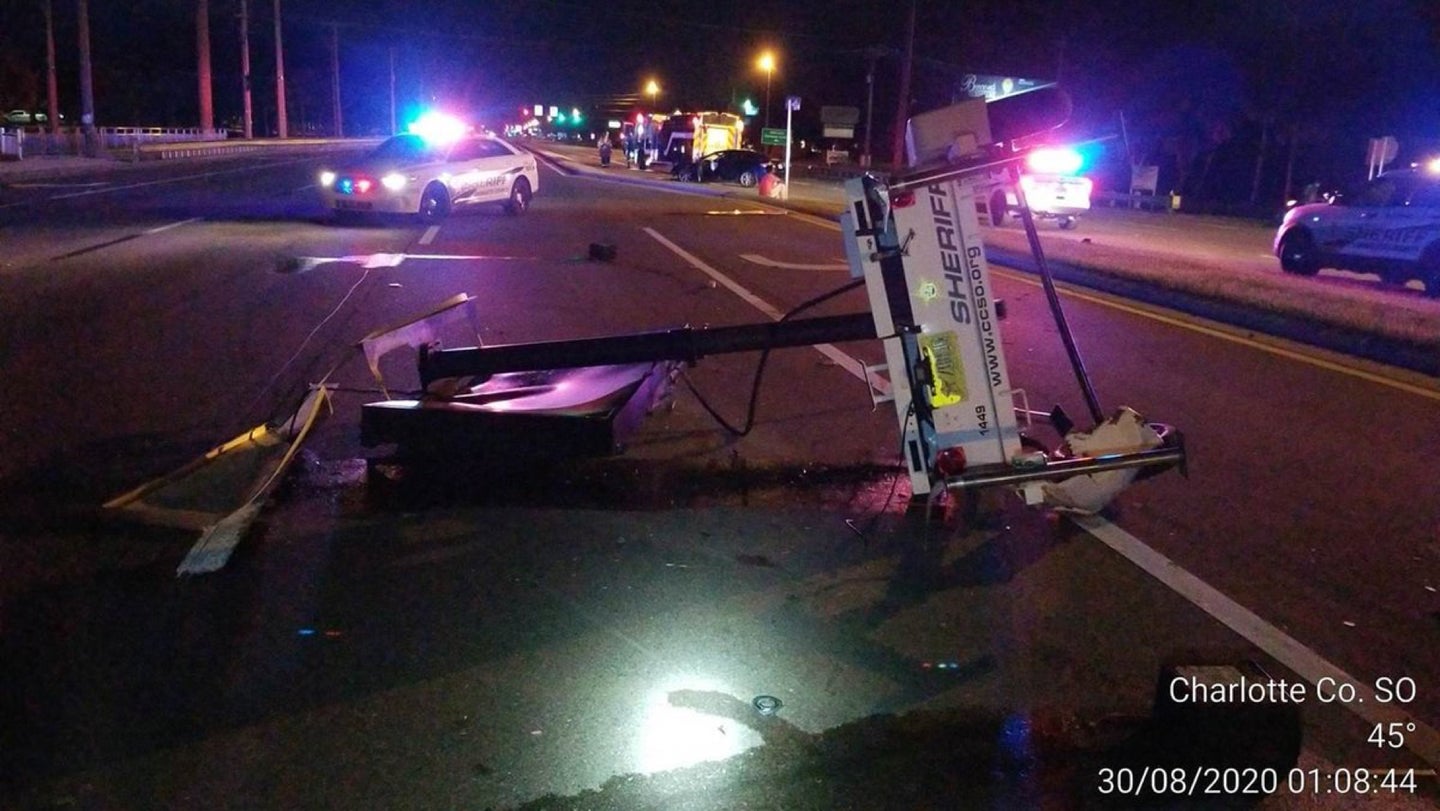 The sign’s claim checks out. 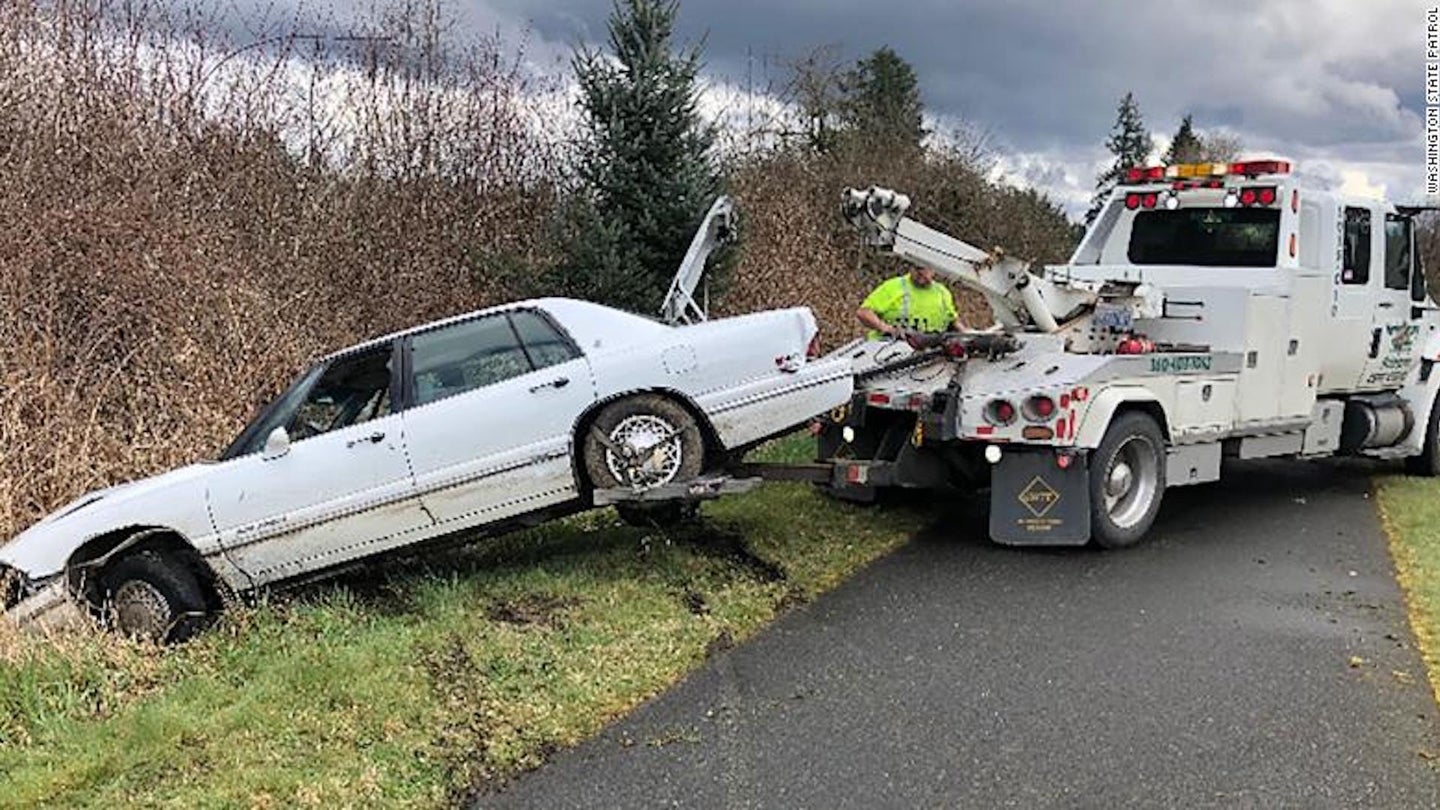 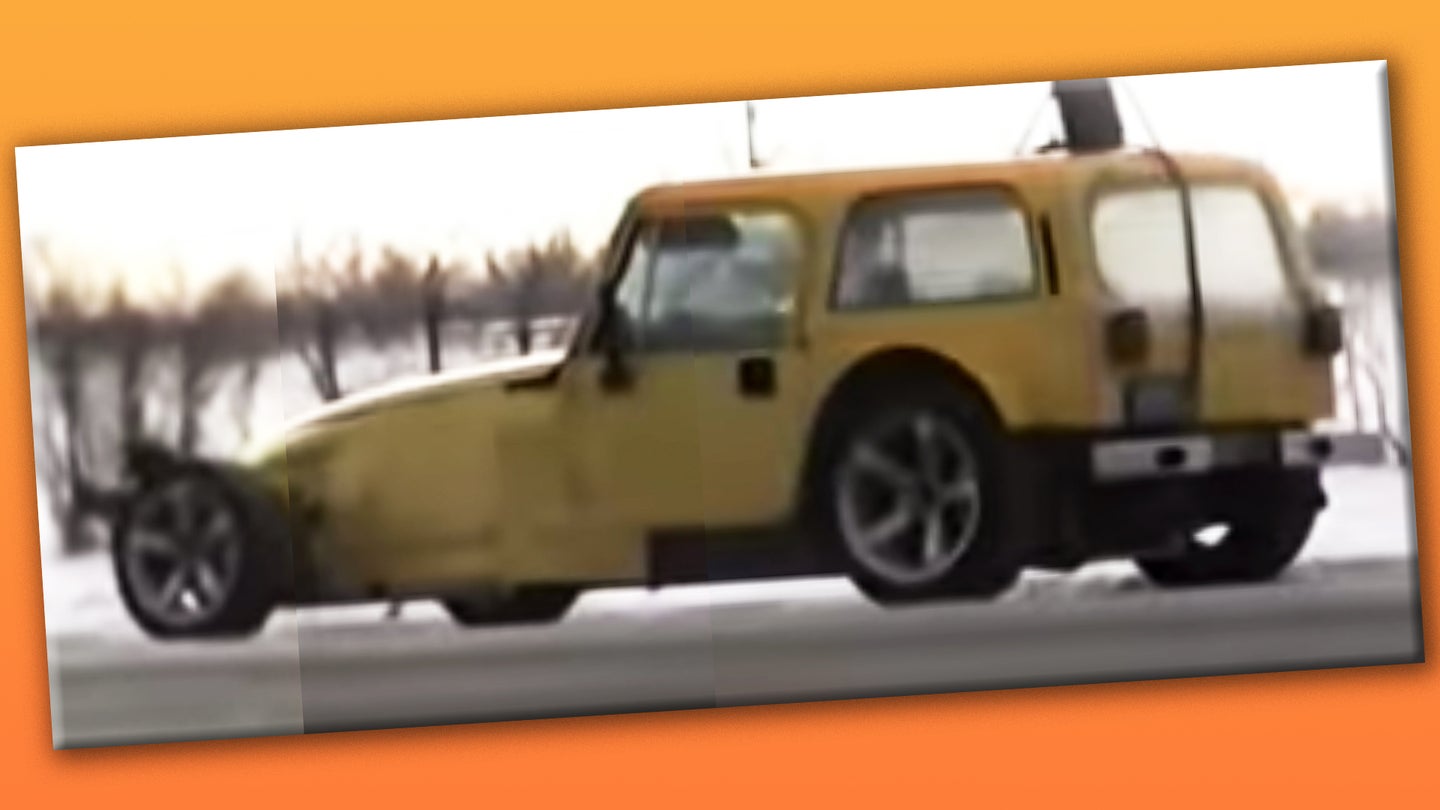