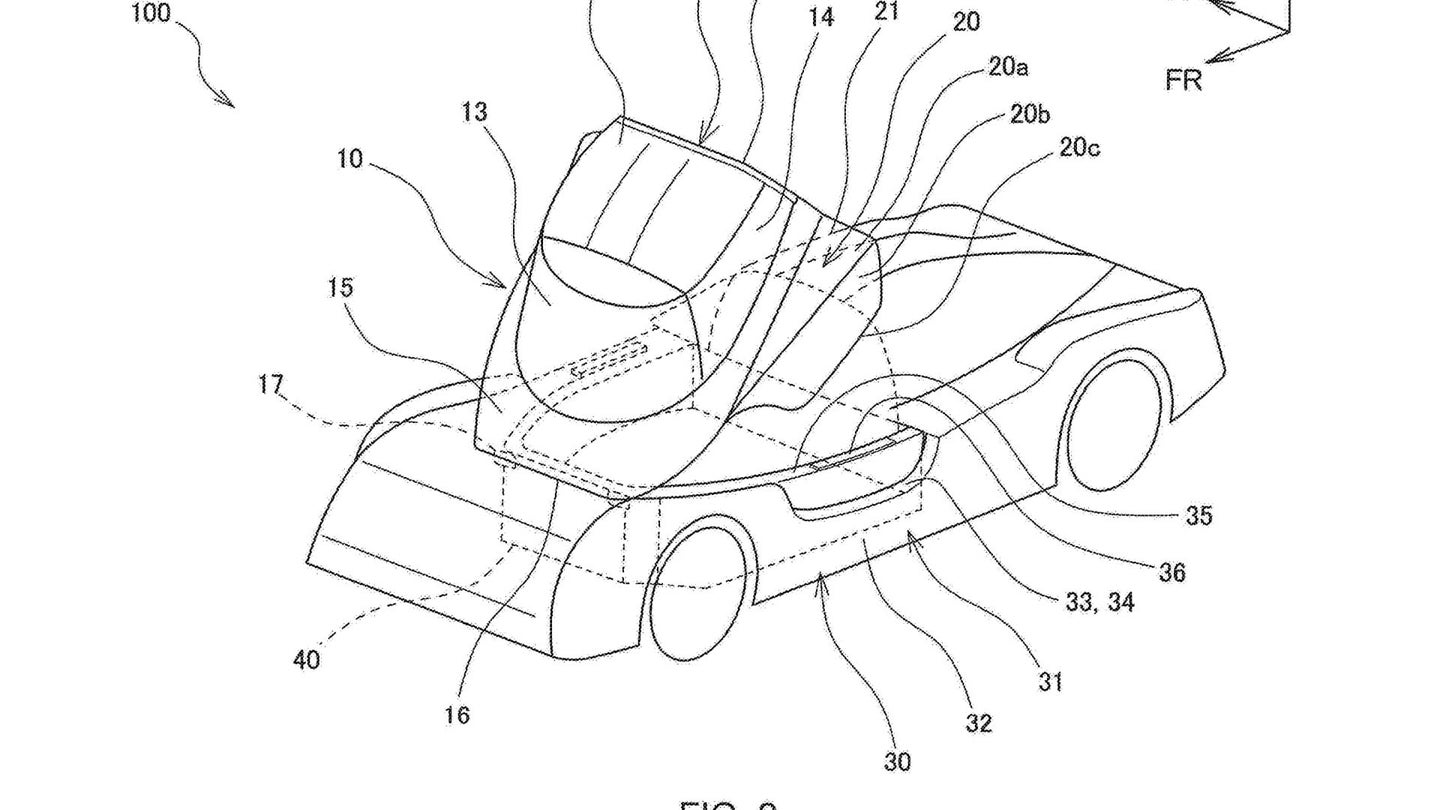 After singing their swan songs at this November's 8 Hours of Bahrain, the FIA WEC's graduating class of endurance racing prototypes will pass the torch to their underclassmen, the Le Mans Hypercars. This new generation of racers is meant to more closely mirror road cars, and class rules will require entrants to construct at least 20 road-legal examples to pass homologation. This time, Toyota won't be able to get away with building and squirreling away a vehicle that's a road car in name only. It'll have to turn its loosely TS050 Hybrid-derived GR Super Sport Concept into a real, street-legal supercar, one which three newfound patent documents suggest will have a novel, clamshell-style canopy instead of traditional doors.

Published to the United States Patent and Trademark Office's online database on August 20, these patents were quickly dug up by a user of Toyota fan forum GR86.org. Their illustrations depict what looks like a slightly amorphous take on the GR Super Sport concept, and their abstract outlines the aforementioned canopy's design and function.

Per the filings, this clamshell would be actuated by a central latching mechanism, which would allow it to be unlocked or opened from either side of the vehicle. Hinged at the front, the clamshell would open upwards, bringing with it bodywork that covers a high sill around the occupants. This sill would have a place for passengers to sit as they clamber in or out of the car, or as the patent description states, "a seat section that supports buttocks of an occupant at the time when the occupant gets in/out." Heh, buttocks. Not every day you see that word embedded in dense legalese.

As usual for intellectual property filings of any kind, don't take this patent filing as proof that such an unusual door is a definite for the GR Super Sport road car. Opening a clamshell like this could prove tricky if not downright impossible after a rollover, which isn't the most unlikely scenario if one lands in the hands of a driver with more money than talent. And with an anticipated powertrain consisting of a hybridized, twin-turbo V6 producing around 1,000 horsepower, the GR Super Sport will take quite some talent to properly wrangle. Hopefully Toyota will have ironed out all its handling foibles at its racing skunkworks in Cologne, Germany racing by the time its new halo car hits the roads.