An elongated Highlander could be in the pipeline. 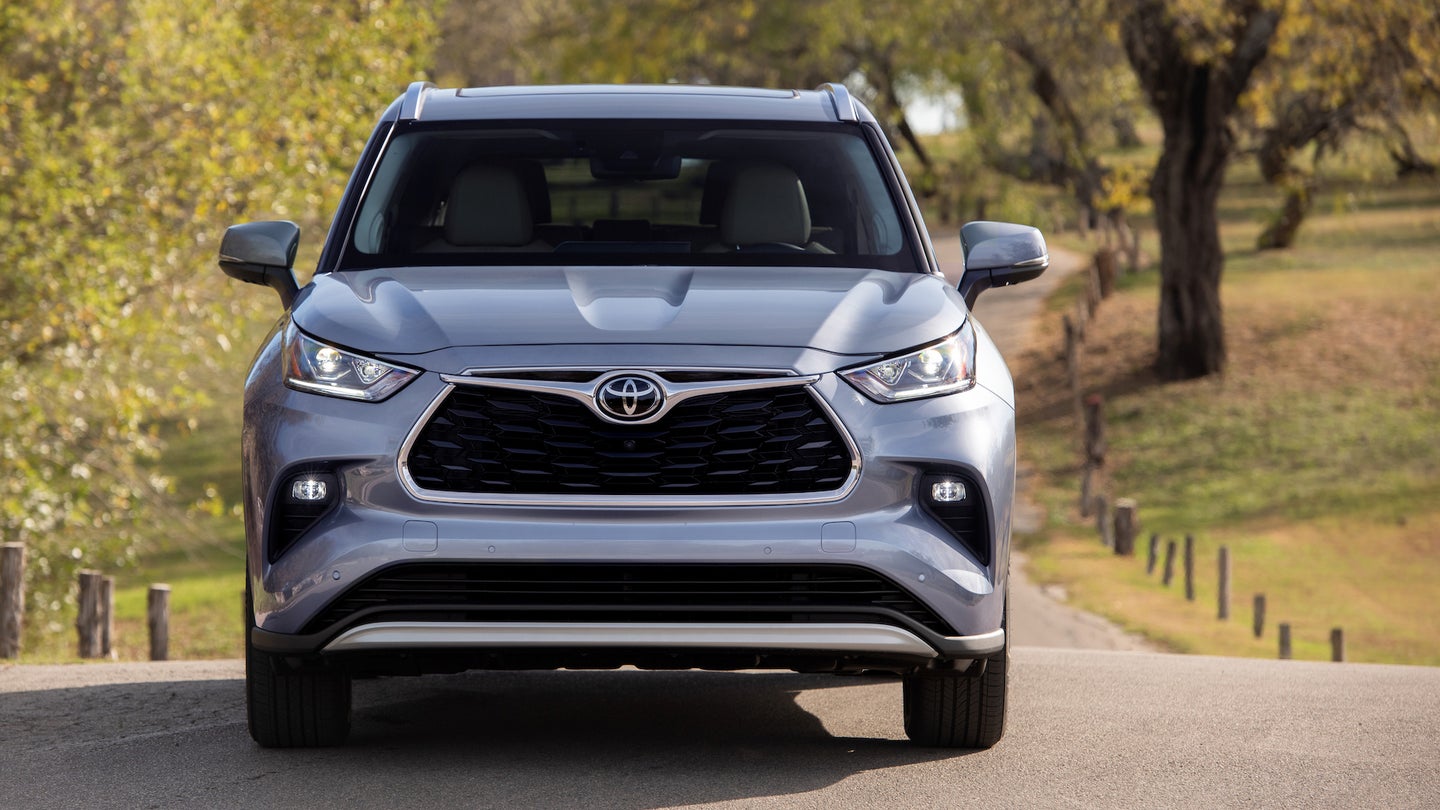 Are you interested in a Toyota SUV that's bigger than the current Highlander but not quite ready to spring for a body-on-frame 4Runner or Sequoia? You may be in luck because Toyota has filed a trademark for "Grand Highlander," a moniker that, if put to use, we're 99.9 percent sure will sit on the back of a Highlander that's more spacious than the one available now.

Spotted by a GR86 forum member, the Japanese automaker applied for the trademark just last week in the U.S. and Canada. The OP mentioned the logical prediction that it could entail a future Toyota Grand Highlander that boasts a bigger third row, more cargo capacity, and possibly a slightly different rear-end design.

Via the United States Patent and Trademark Office, the name is indeed intended for "automobiles and structural parts thereof."

As it stands, the Toyota Highlander offers 27.7 inches of legroom in the third row and 16 cubic feet of cargo room behind it. That third row of seats admittedly proved to be quite cramped when we tested the crossover a year ago so hopefully, a Grand Highlander can provide more room for owners who routinely make the most out of their seven/eight-passenger Toyotas.

Putting more weight towards the presumption that Toyota is readying a bigger Highlander variant here is the fact that it's done something very similar quite recently with its Lexus RX, introducing a bigger three-row RX L for the luxury crossover's 2018 model year.

That said, we're not entirely sure "Grand Highlander" is the best name. Something about it just doesn't seem to roll off the tongue as well as it should. What about Grandlander? Or Highlander XL? Highlander 12 Pro Max? Higherlander? Highestlander? HighAFlander?

Anywho, we've reached out to Toyota for comment and will update this story when we hear back.

And it has a whole 12 horsepower.