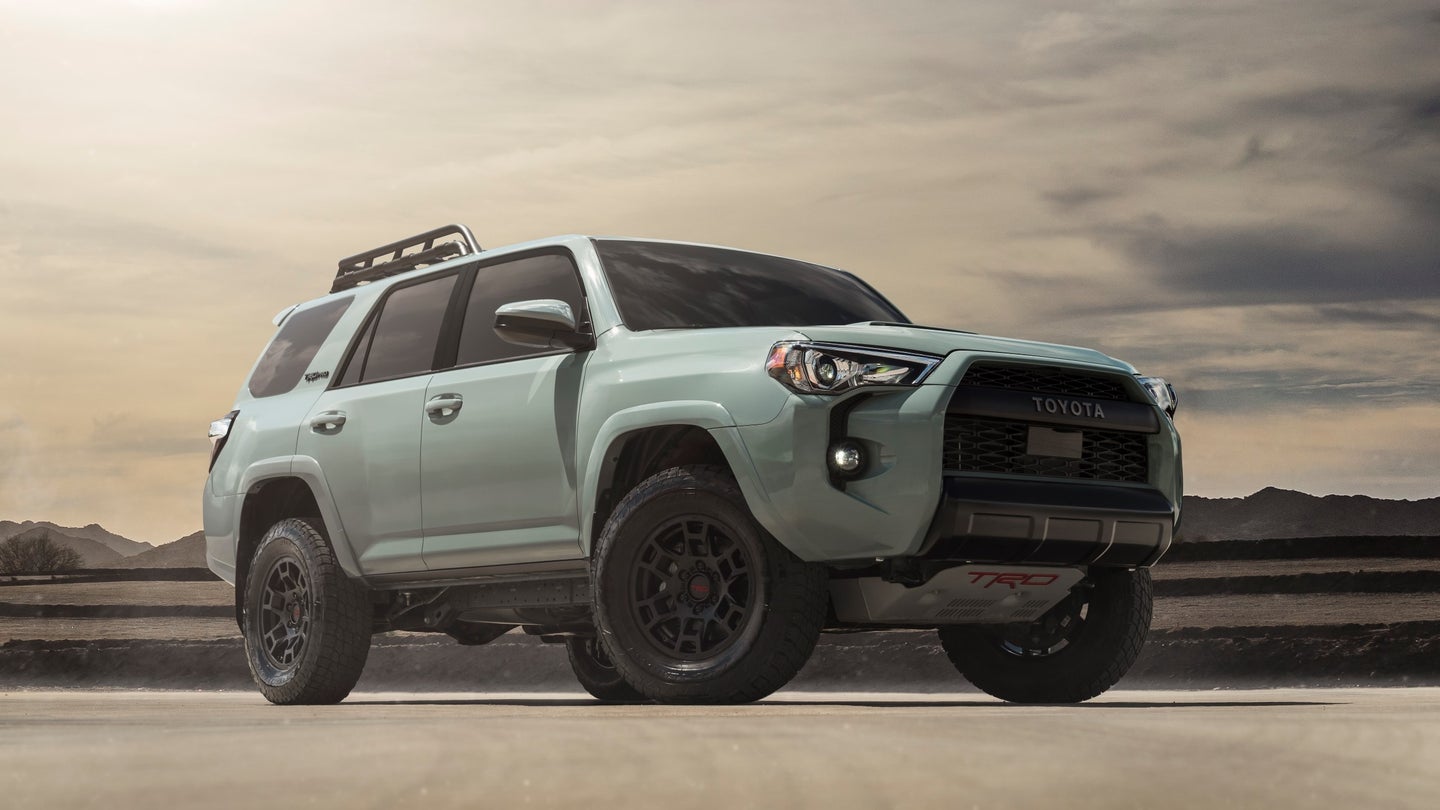 Fun fact: Since the Toyota 4Runner TRD Pro—the most extreme, most rugged, and naturally, most expensive 4Runner the company sells—was introduced six years ago, each model year has had its own exclusive paint color. For 2020, Toyota gave us that rad Army Green hue, but it's being replaced by "Lunar Rock" in2021, which as its name suggests, is inspired by the surface of the moon. (In chronological order, the 4Runner TRD Pro's other exclusive paint jobs have been Inferno Orange, Quicksand, Cement, Cavalry Blue, and Voodoo Blue.)

Beyond the extraterrestrial paint option, the 2021 Toyota 4Runner TRD Pro has also been given a smattering of new equipment.

The top-trim 2021 4Runner now gets standard LED headlights and foglights as well as a bunch of improved equipment inside the wheel wells. The updated 'Yota truck features what are apparently new wheels (which admittedly look pretty similar to the old ones if you're standing anywhere more than five feet away) wrapped in chunky Nitto Terra Grappler off-road tires. The new rims are apparently stronger, more rigid, and are deeper-dished.

Helping those new wheels negotiate whatever terrain it might encounter are re-tuned 2.5-inch Fox Internal Bypass Shocks that have been paired with TRD-tuned coil springs for an inch of lift at the front. These also feature piggyback-style remote reservoirs in the rear, which help with damping in the roughest driving conditions.

As before, the 2021 Toyota 4Runner TRD Pro is powered by a 4.0-liter, naturally-aspirated V6 making 270 horsepower. Pricing has yet to be announced but don't expect it to deviate much from its current price of around $50,000.

With rumors of an all-new, TNGA-F-based 4Runner coming in 2022, let's keep our fingers crossed for a TRD Pro version that preferably carries on the tradition of offering an exclusive color that changes every year. Hot pink 2023 4Runner TRD Pro, anyone?

Why go through all that trouble just to park it?

Toyota’s San Antonio plant will welcome the Sequoia SUV in its place.