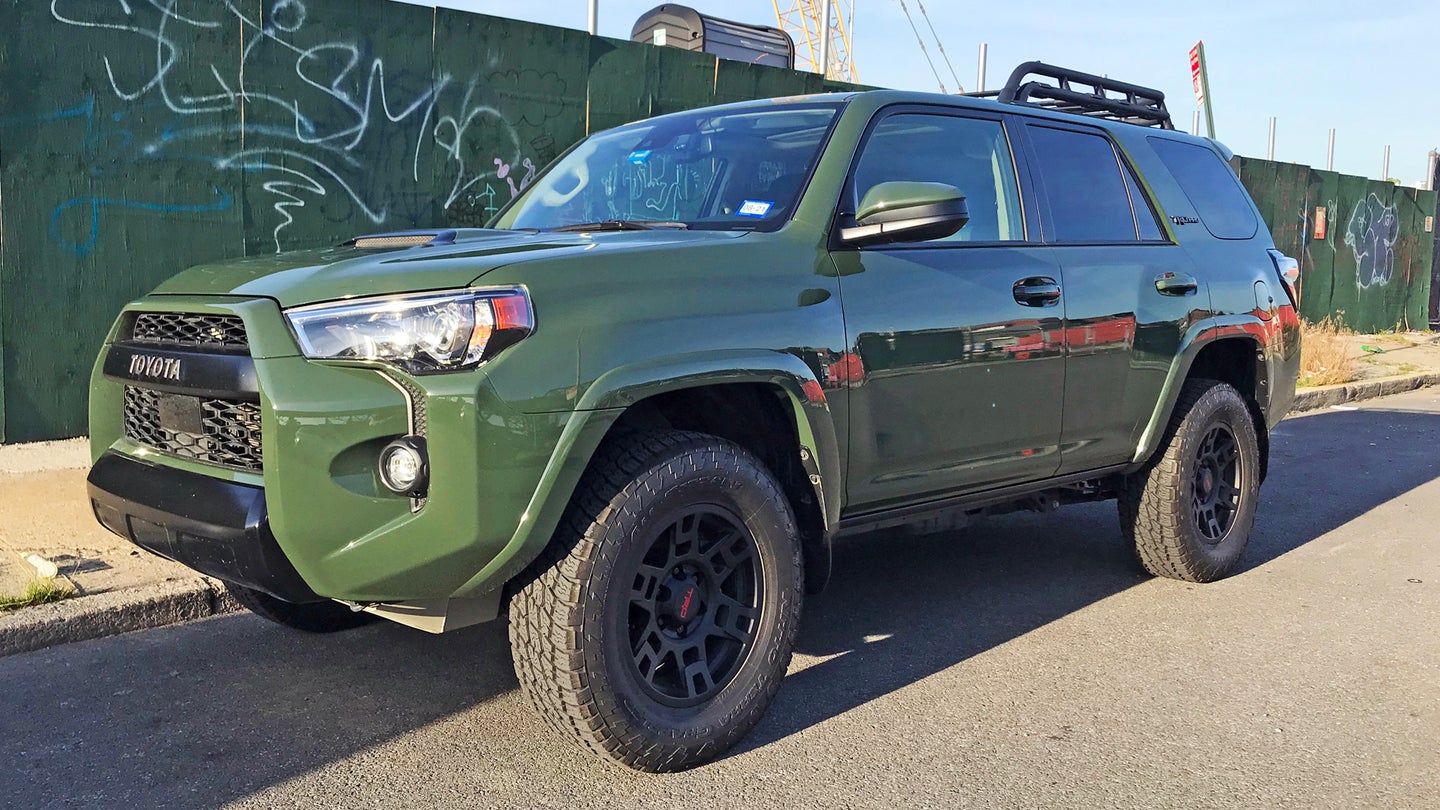 Every headline about new car sales trends these days lets us know that SUVs are king. But we all know the truth: the vast majority of "SUVs" sold today are really just crossovers, meaning they're sedans on stilts—glorified hatchbacks that may or may not have all-wheel drive thrown in for good measure. True, truck-based, 4x4-capable SUVs are few and far between. One of the last remaining members of the true SUV vanguard is the Toyota 4Runner. I have the latest one in its Final Form: the 4x4 TRD Pro. What do you want to know about it?

What you may already know about this 4Runner is that it's old. This model has been around since 2009 now. It has a five-speed automatic transmission, which puts it down one to four gears against most modern slushboxes. It doesn't bother with turbochargers, opting instead for a naturally aspirated 4.0-liter V6 putting out 270 horsepower. It's big, it's noisy and drives like a pickup truck that's been told to mind its manners. Oh, and it only gets 16 miles per gallon in the city.

These aren't bugs, however! These are features. The old-school attitude is all part of the 4Runner's charm. It may be outdated in a lot of ways, but it's tough and actually capable of extreme rock-crawling, unlike your average crossover. It's why the 4Runner has such a distinct and fervent following. 4Runner people are right up there with Jeep fanatics, and for good reason.

So ask me whatever you want. Is it comfortable? Is it capable? Is it fun to drive? How does it compare to a 20-year-old, third-gen 4Runner purchased off Craigslist for $3,500 that has 210,000 miles on it? That last one's an oddly specific question, but one I am qualified to answer, because that's what I drive every day here in New York. Maybe I'll find something fun to do with both of them.

Ask away. I'm at your service.

Why go through all that trouble just to park it?