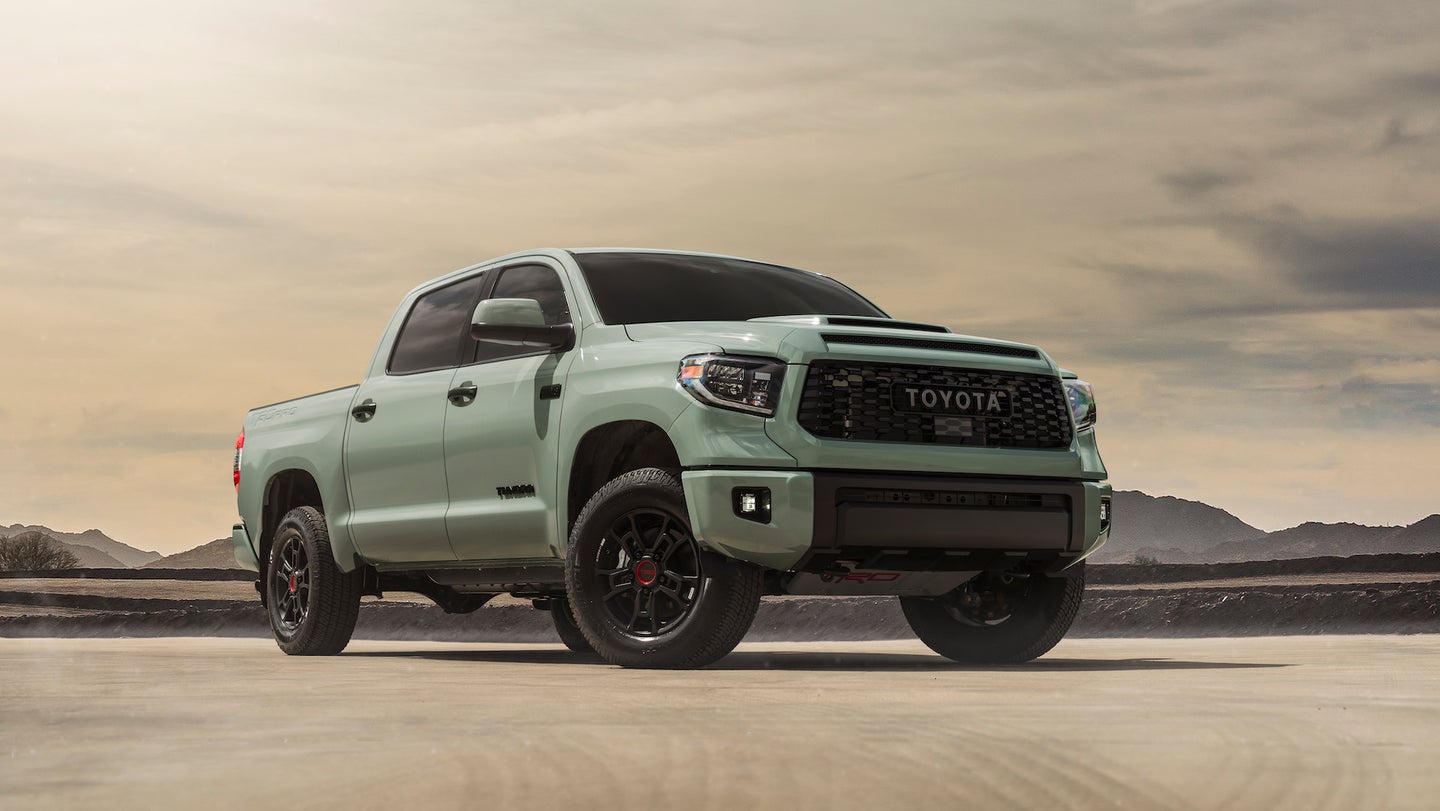 The Toyota 4Runner and Tundra have both been trudging along for several years without major overhauls. Though that trend will continue through at least the 2021 model year, we now know that Toyota won't be unreasonably cranking up prices for its beloved truck and SUV, both of which also get slight tweaks for the model year.

Both the Tundra and 4Runner will get new special editions and colors, while the 4Runner will see a host of updates to its lighting and TRD Pro off-road trim. Toyota is replacing the popular Army Green color in its TRD catalog with a new Lunar Rock color, but fans of the green will still find it available for the 4Runner Trail Edition. The 4Runner TRD Pro will see a somewhat substantial update in the form of re-tuned 2.5-inch Fox Internal Bypass Shocks. All 2021 4Runner models will come with LED headlights as well. The new 4Runner Trail Edition comes with standard all-weather floor mats, a Yakima rooftop cargo basket, and a custom 40-quart cooler on a sliding cargo tray.

The 2021 Tundra will get two new special editions. The Trail Edition adds extra interior storage, a larger fuel tank, and upgraded seating. The Nightshade Edition has blacked-out exterior trim pieces and special black wheels. The appearance package is similar to the ones that Toyota offers in vehicles like the Sienna minivan, but the company says that the Tundra's Nightshade package will be based on the upscale Limited trim instead of the SE trim seen in the van.

We don't have release date details yet, other than Toyota's earlier statement that the vehicles can be expected in summer 2020. We've reached out to the company for more information on that and will update this article if more specifics become available.

There’s a special place in hell for line-cutters.