Vandals in Pittsburgh really have it out for Mitsubishi, it turns out. 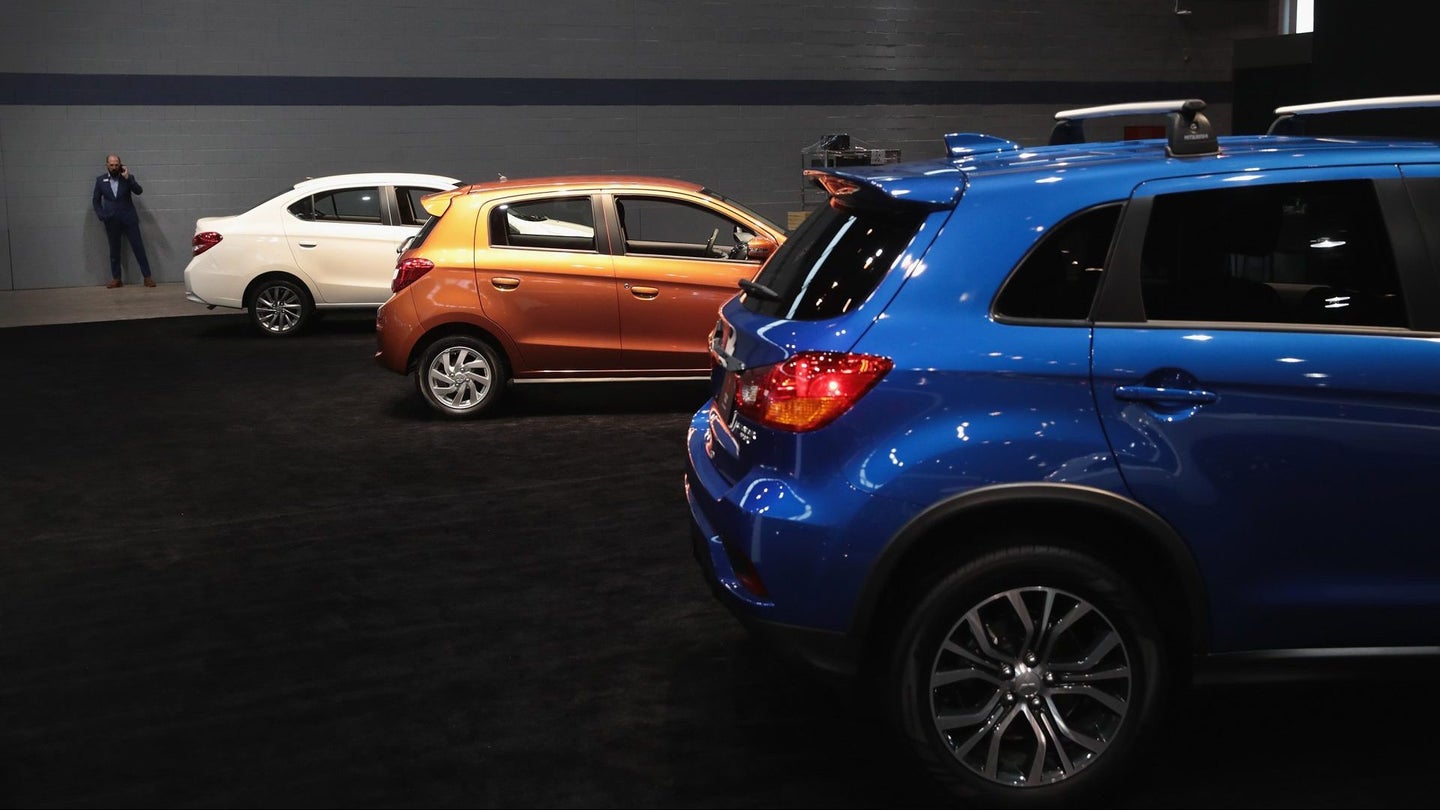 We in the automotive press are a lucky bunch. On the sizable list of perks we're treated to is the privilege of experiencing auto shows on media-only days before everyone else, shielded from some of the more...objectionable characters who show up to public days. Case in point: at least 10 cars were vandalized at last weekend's Pittsburgh Auto Show.

While the criminals didn't appear to confine themselves to any set category of car or manufacturer, they did appear to have it out for Mitsubishi which found six out of the seven cars at its stand defaced in some way. "It’s really a little bit of everything," said Pittsburgh Automobile Dealers Association CEO John Putzier. "We got damaged upholstery, I just saw a Mercedes with a stalk on the steering wheel pulled off and we had one tire slashed." A number of Buicks, Fords, and Subarus are also said to have been vandalized including a WRX that had a dent put in one of its rear doors.

"We don't know if it's one person or several people," Putzier told CBS. "I haven’t even seen the footage on the camera yet, and I'm meeting with the general manager as soon as we’re done here. It makes me mad because our manufacturers spent a lot of money to be here, and we staff it with a lot of people and to be able to do that during the show is amazing to me."

Shorkey Mitsubishi General Manager Sean Rattigan says the damaged vehicles will be repaired and sold for "thousands" less than they would have if they weren't vandalized. The ordeal isn't deterring the Mitsubishi dealer from showcasing its wares at the Pittsburgh show in the future though.

Show staff, as well as police, continue to investigate. Pittsburgh P.D. is reaching out to the public for help and is asking anyone with information to contact (412) 255-2827.

The man was found dead underneath the van the following morning.