The 10 Biggest American Car Engines of the Last Century

How big is Big? The Viper’s 8.4-liter wouldn’t make the cut. 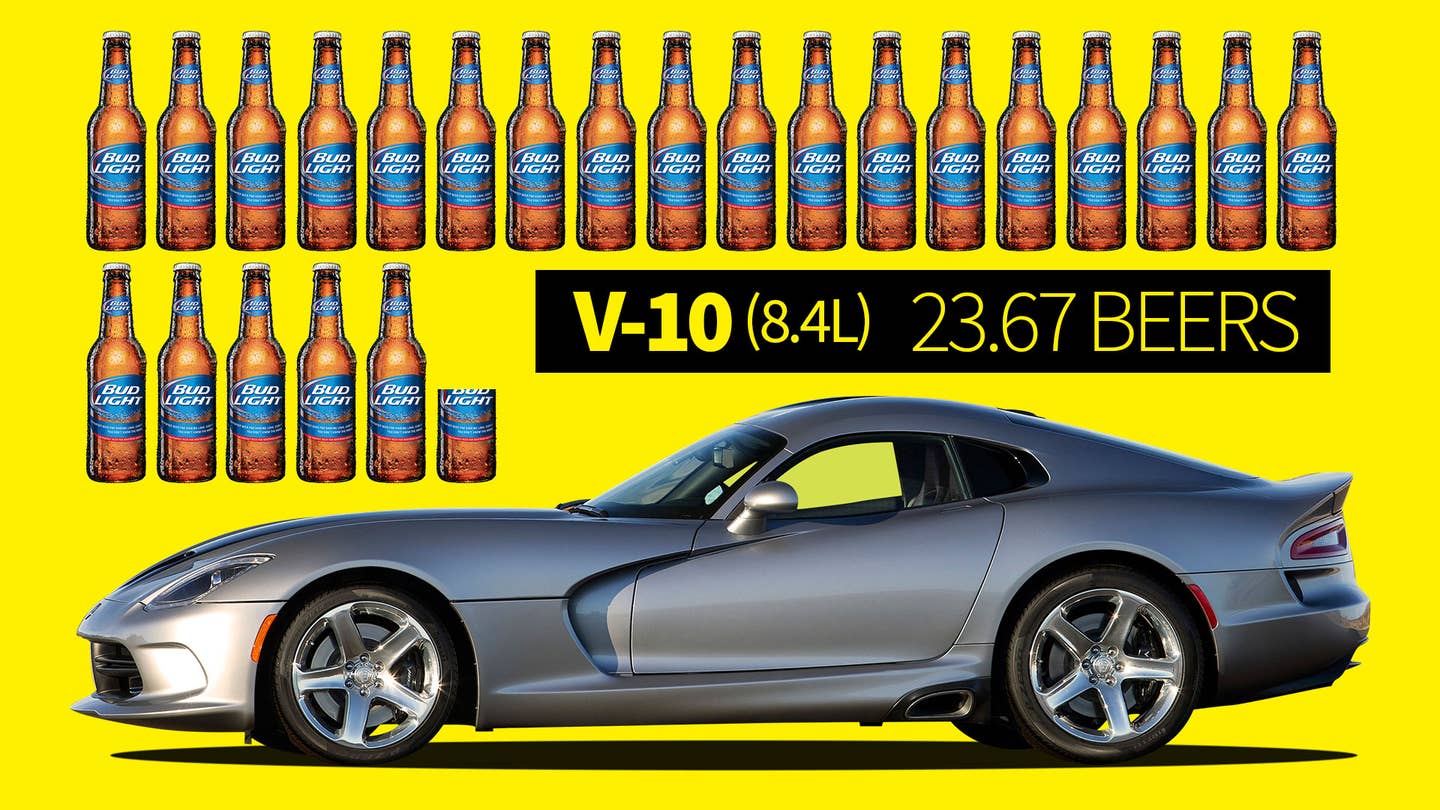 There have been three distinct periods in American car history when we built really, really big engines. We’re currently at the end of the third period, with the Dodge Viper’s V-10, at 512 cubic inches, clocking in as the largest American passenger car engine in almost a century. Before that, we had the great musclecar era of the Sixties and early Seventies, with even bigger iron like 440s and 454s—although the largest engines were found in luxury cars, like the Mercury/Edsel/Lincoln 462 and Cadillac’s 472 and 500.

But mills in these two epochs are positively dwarfed by the engines from the automobile’s early days. If you were making a car in the mid-1920s and couldn’t fit an NFL football inside one cylinder, you were out of the game entirely. If you want to know why, look to our good friend the crankshaft.

It was called “the multiple cylinder problem.” Around 1900, engineers like Henry Royce, of Rolls-Royce fame, wanted to build six- and eight-cylinder engines, but they weren’t possible because crankshafts, which had to be as long as the engine, couldn’t be made stiff enough to be properly balanced, nor supported well enough by bearings to withstand any sort of power. If you tried, you got the dreaded Power Rattle as the crank torqued and destroyed your block. So you used four massive cylinders and a huge, thick crank, ultimately ending up with the four- cylinder, 28.5-liter Beast of Turin.

Only a few years later, engineering and metallurgy had caught up and six-cylinder engines were common in high-end cars as early as 1910. But cylinders didn’t get smaller. In fact, over the next few years, the largest production car engines of the 20th century were built. Welcome to the 525 And Above Club.

(For visual reference, we’re showing displacement in terms of an easily recognizable container—a beer, obviously. To put things in perspective, the 1.0-liter three-cylinder in the Ford Fiesta SFE would hold 2.82 beers.)

All three of these high-end brands built their own six-cylinder engines, with a common 4.5 x 5.5-inch bore and stroke. Although Winton made the first car ever sold at retail in the US, and the first car to ever to cross the continent, the company folded in 1924. Locomobile went under four years later, while Pierce-Arrow made it until 1937.

Mostly forgotten, the New Brunswick, NJ-based Simplex was among the most exclusive and high quality marques until around World War I. The company’s six-cylinder engine, with a 4.38 x 6.25-inch bore and stroke, displaced nearly 564 cubic inches. That’s 1.5 liters per cylinder.

McFarlan, Austin, and Pilot—also known as who, who, and what now? Three more names lost (to everyone who isn’t an anachronism like me, anyway); Pilot was undistinguished aside from using a giant Teetor-built engine, but the McFarlan Series X and the Austin Highway King were serious efforts. One of the two McFarlan owners I’ve had the chance to speak to said that his car, while rated at 90 horsepower, easily put out 140 hp—not bad for a car made 100 years ago.

The Simplex Model 5 was a titanic automobile, with each engine dyno tested and guaranteed to produce 100 hp before being packaged into a chassis with a 143.5-inch wheelbase. Engineering and metallurgy—tungsten valves and pistons, and annealed cylinder liners—were world-class.

This was a real dinosaur in its day, especially as it was leftover from 1915 when the whole effort was packing up its tent. But up until then, an uncompromising attitude made the Chadwick Six one of the fastest cars in the world, plus an unbeatable hillclimber—especially when fitted with an optional $375 supercharger. If anyone ever used an inlet valve bigger than Chadwick’s three-incher, I haven’t heard about it.

For the Buffalo, NY-based Pierce-Arrow, arguably the world’s leading luxury car manufacturer during its heyday, the 66 wasn’t about power. If you wanted a peppy Pierce, you got a 48 or even the “little” 414.7-cubic-inch 38—both higher-revving and lighter models. The 66 was designed to provide the smoothest possible motoring experience in a package that happened to include all the torque in the world.

The crazy Fageol (Oakland, California) gets an honorable mention, and also a gold star for (completely nuts) effort. Fitting a 125-hp Hall-Scott aircraft engine into an automobile yielded a $12,000 base price … and a total production of three vehicles. Sure, the cost was high, but the failure was mostly due to the fact that their engine supply was absorbed by military contracts.