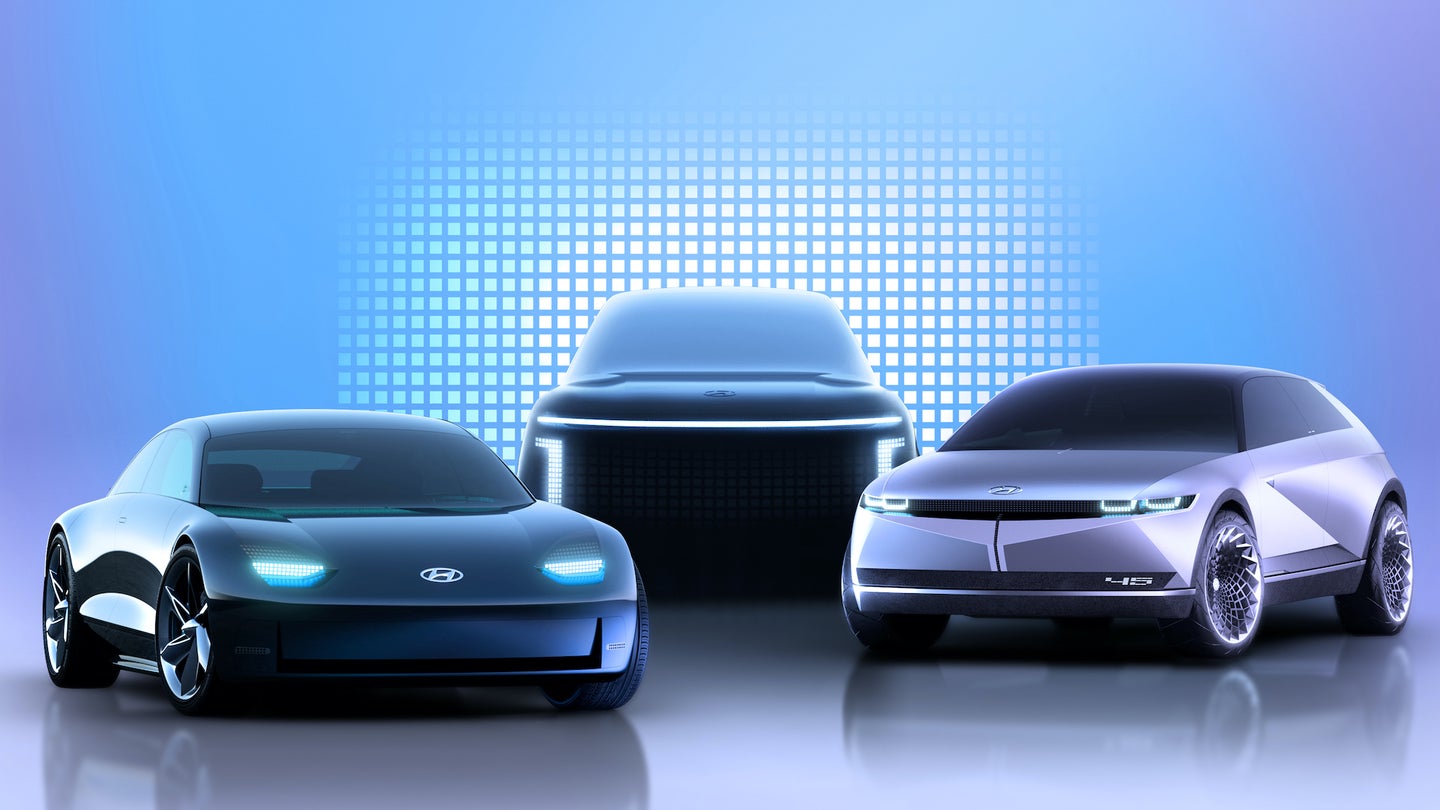 Just like Hyundai did with its luxury Genesis brand, the automaker is now taking its Ioniq name and running with it as a separate entity. Set to be an electric car-only brand, the Korean automaker will roll out three completely new models over the next four years, with the first one due out in 2021.

According to a statement released Monday morning, the new sub-brand will bring together an emphasis on connected living and an eco-friendly lifestyle. The Ioniq name is a mashup of “ion” and “unique,” and has been in use since 2016 when Hyundai first announced its hybrid/plug-in hybrid/electric cars.

The upcoming EVs will be called the Ioniq 5, Ioniq 6, and Ioniq 7, with the 5 being the first to launch next year. Hyundai says the Ioniq 5 will be based on the EV “45” concept crossover that was unveiled at the Frankfurt International Motor Show in 2019. The Ioniq 6 will roll out in 2022 and will be based on the Prophecy concept, which was shown in March 2020. Ioniq 7 will be a large SUV and will hit the streets in 2024.

All of the new models will ride on Hyundai’s Electric Global Modular Platform, also known as E-GMP. The setup allows for fast charging and large batteries for an extended driving range. Hyundai says the platform will allow it to “reimagine the vehicle interior as a ‘smart living space’ with highly adjustable seats, wireless connectivity and unique features such as a glove box designed as drawers.”

Hyundai wants to sell one million units and conquer a 10 percent market share to become a leader in the EV space by 2025. The launch of Ioniq as a sub-brand is said to affirm Hyundai’s commitment to clean mobility and production of zero-emission vehicles.