The Lexus CT200h Dead in America

Lexus will stop selling its luxo-Prius in the US for the 2018 model year. 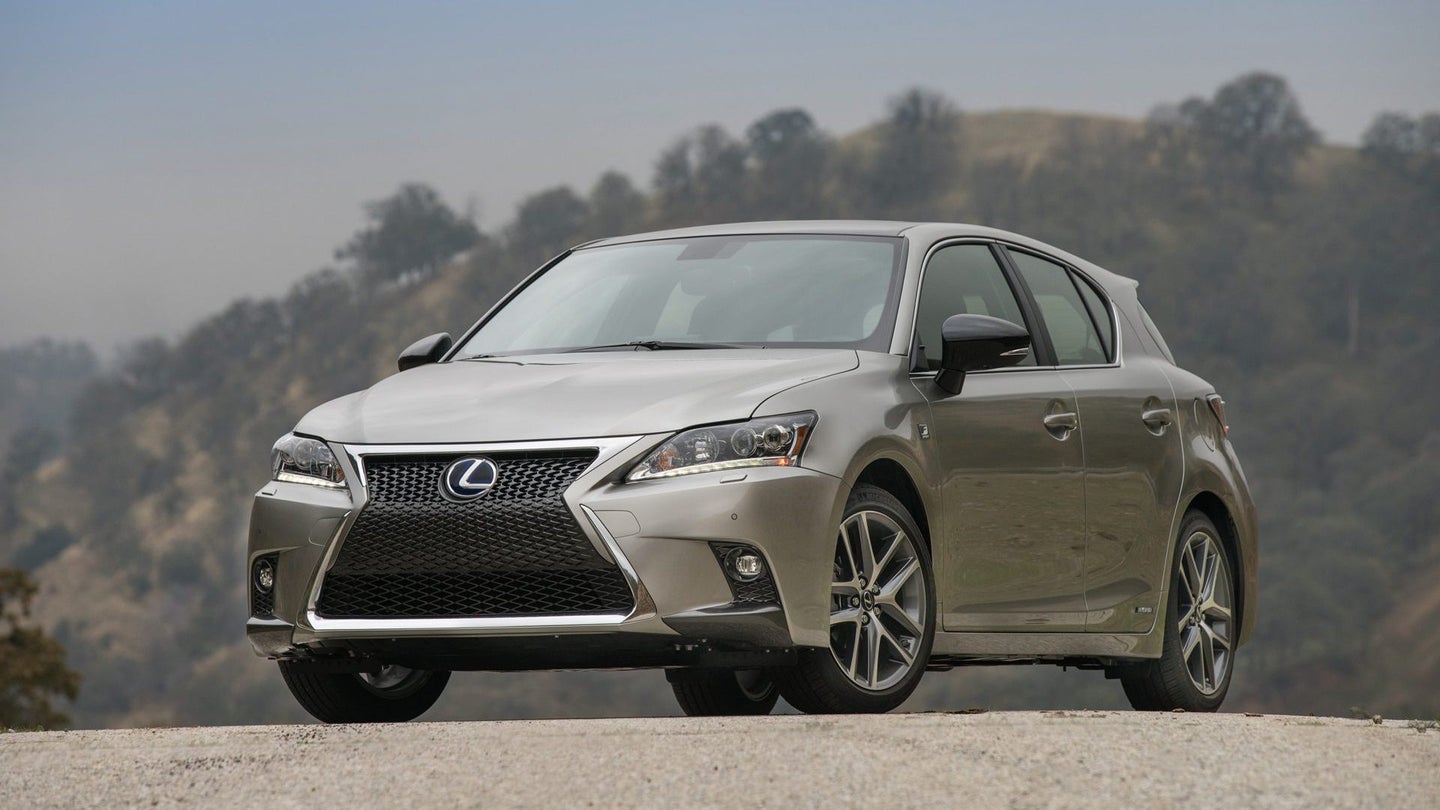 According to a report from Car and Driver, the Lexus CT200h will be discontinued in the US, 2017 being its final model year of American availability. However, it'll continue to be sold elsewhere.

The Lexus CT hybrid hatchback first arrived on the scene in 2010 as the go-to offering for buyers looking to get into a brand new Lexus for as little money as possible—a gateway Lexus, if you will. With its departure, that title will be passed onto the $35,285 NX compact crossover, which it will hold until the even smaller UX comes along.

Mechanically, the CT200h was essentially a Lex-ified last-generation Prius. Its fuel economy numbers reflect accordingly as it only gets a combined EPA rating of 42 mpg. The current Prius achieves 52 mpg while also being cheaper to buy and a newer car overall. In addition to its less fancy Toyota twin, the CT puts up with stiff competition in the form of the Mercedes-Benz CLA and Audi A3. Lexus reportedly only sold 8,903 CTs last year, a fraction of the Benz and Audi, who shifted 25,792 and 31,538 units in the same period respectively.

Considering the Lexus CT200h's age and diminishing demand, we suspect a new 2017 hybrid Lexus can be had for a pretty deep dealer discount. If a cheap, Toyota-built, luxurious-ish hybrid hatch sounds like a good solution to your commuting needs, the clock is ticking.