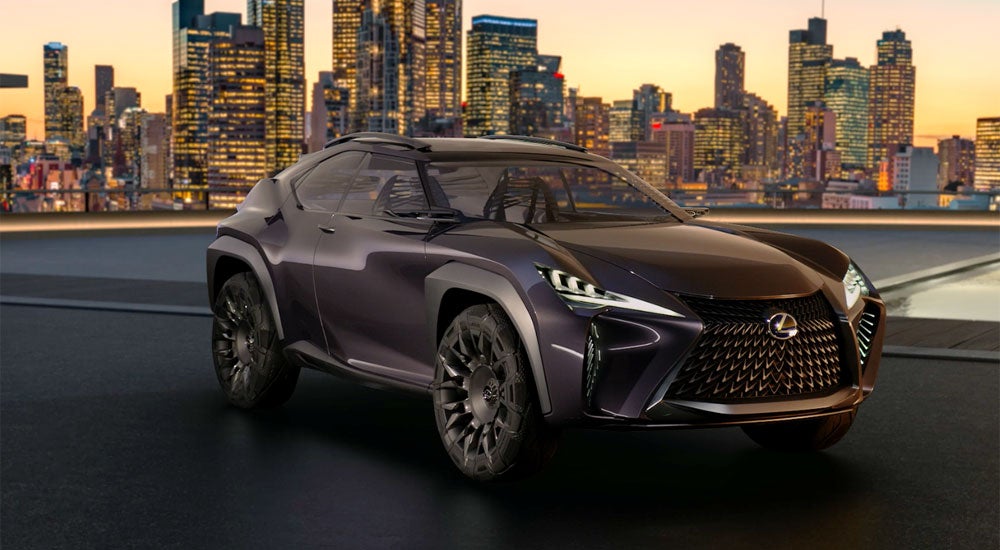 Lexus is looking to reassert itself as a premium brand with youthful buyers. They've showed this with recent concepts like the UX Crossover, and now they've announced that they'll be putting it into production according to Motoring. The coupe-resembling ute brings about a certain drama that's lacking from the segment, something that Lexus will surely play off of to best its counterparts.

The UX Crossover Concept first debuted at the Paris Auto Show in 2016. There, Lexus showed a vehicle that was less Toyota and more of their own. The concept's design was certainly striking, displaying supercar-like overhangs and a funky greenhouse. An emotional interpretation of Lexus' new mantra, the UX Crossover flexed the design team's muscles with all sorts of angles across the car's profile.

The cabin was perhaps even more exaggerated than the exterior. A fighter-jet style cockpit shifts attention to the driver with the infotainment system angled towards the pilot. Everything is digital including the instrument cluster and middle display, complimenting the futuristic materials that can be found throughout. A holographic interface also debuted with the UX, putting the concept in another league as far as technology goes.

We expect the subcompact to ride on Toyota's smallest utility platform, the same one on which the C-HR rides. The shared architecture would help to keep costs low, keeping the UX within logic and reason for Lexus.

We doubt that many styling cues will make their way over from the concept, though we can't be too sure. It'll still be used as a posterchild for Lexus' youth push, bringing new buyers to the brand. It'll be a premium choice that competes with the also-new Volvo XC40, Europe's best attempt at the luxury compact game.

Powertrain options are open for the UX Crossover as well. The entry level choice will more than likely be 2.0L four cylinder, the same one that's in the CH-R and RAV4 SUV. Expect a hybrid version to come along, perhaps at launch, as the platform is also shared with the Prius.

A release date is unclear at this point. Expect Lexus to take awhile developing the new model with it perhaps making its production appearance in the next two years.