The ‘NASCAR on NBC’ personality returns to Gaunt Brothers Racing for his third race of the season, the second on a road course, at Watkins Glen. 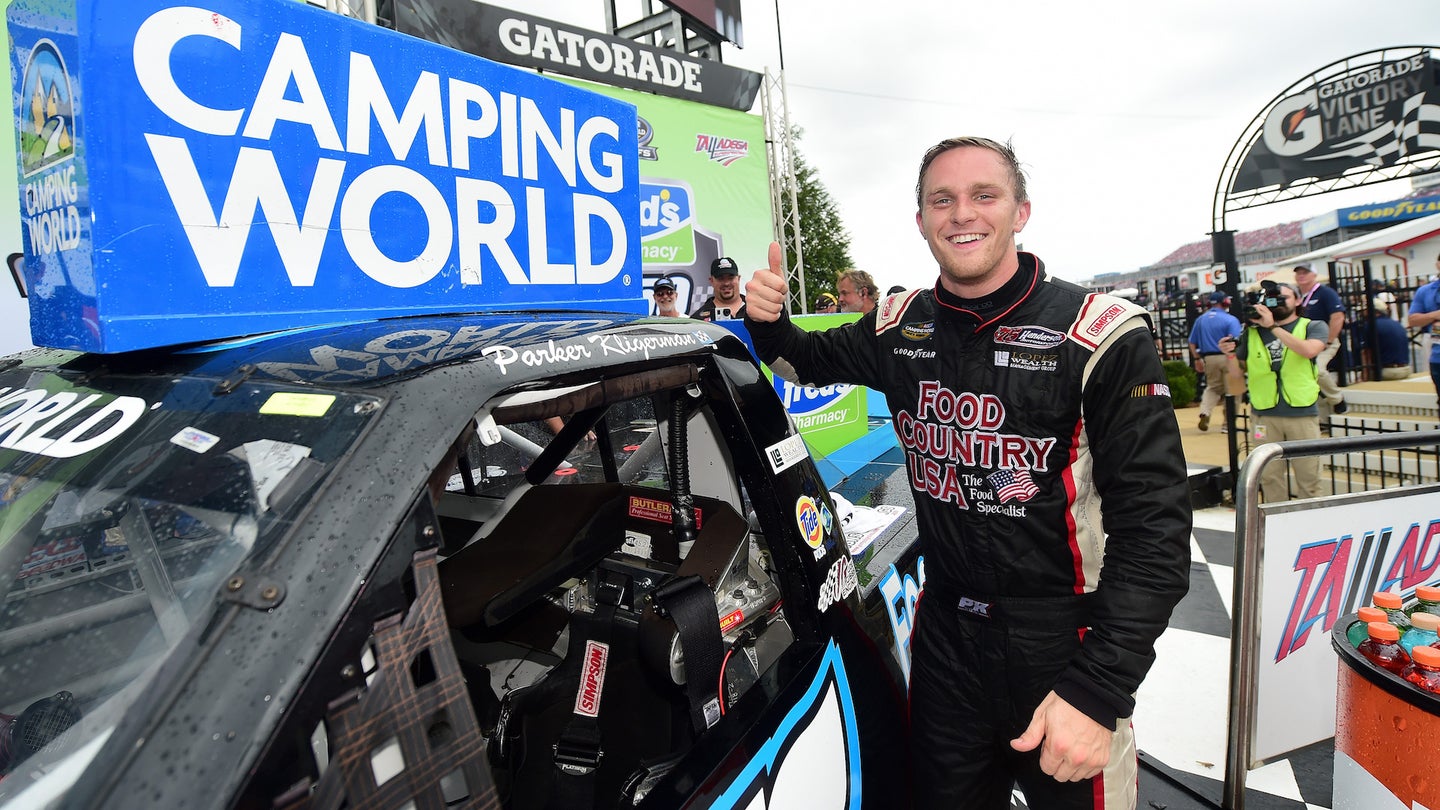 "We're excited to have Parker back in our Spectra Premium Toyota Camry,” Gaunt Brothers Racing owner Marty Gaunt said in a press release. "We had a solid day together at Sonoma and look to build on that effort this weekend at Watkins Glen.”

Sunday’s race will be Kligerman’s first Cup race since June at Sonoma Raceway in California. He finished a season-best of 23rd in the first road-course race of the 2018 schedule. He was 27th in the Coca-Cola 600 at Charlotte Motor Speedway in Concord, North Carolina in May.

"After our awesome run at Sonoma, I'm thankful to have another opportunity with GBR,” Kligerman said. "Watkins Glen is easily one of my favorite tracks. Not only is it super fast, it's also one of the race weekends with the best atmosphere. I can't wait to get there and see what kind of speed we have.”

Sunday’s race will be Kligerman’s first in the Cup Series at Watkins Glen. His start at Sonoma in June was his first Cup Series road-course race. He has one NASCAR Xfinity Series start at Watkins Glen to his credit, resulting in a sixth-place finish in 2013.

Kligerman, now a NASCAR on NBC personality, also has made five starts this year in the NASCAR Camping World Truck Series in 2018, resulting in a best finish of seventh from behind the wheel of the No. 75 Henderson Motorsports entry at Charlotte.