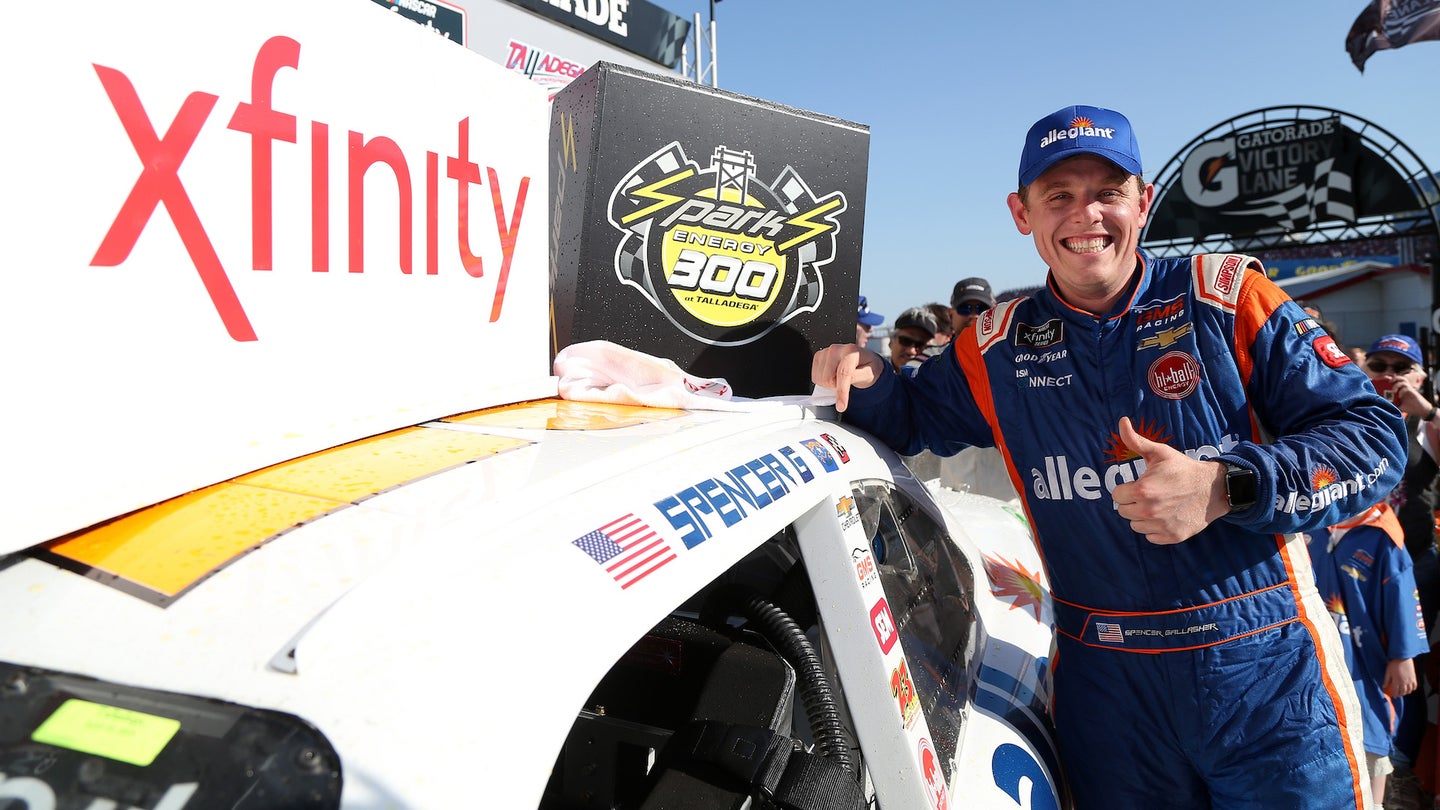 Spencer Gallagher plans to make his Monster Energy NASCAR Cup Series debut Sunday at Watkins Glen International in New York from behind the wheel of the No. 23 BK Racing Toyota.

Gallagher is a driver of the No. 23 GMS Racing Chevrolet in the NASCAR Xfinity Series. GMS Racing President Mike Beam has submitted a $1.8 million bid for BK Racing, which is scheduled to be sold on Aug. 21. Bids for the team are being accepted through Aug. 13. If Beam becomes the buyer of BK Racing, he plans for the team to have an affiliation with GMS Racing, which previously made Cup Series plans that never came to fruition.

Gallagher raced full-time for GMS Racing last year and continued as the full-time driver through the first nine races of the 2018 Xfinity Series season. But after claiming his first-career win at Talladega Superspeedway in Alabama on April 28, he was indefinitely suspended by NASCAR for a violation of the sanctioning body’s substance abuse policy. He was reinstated in early July but has only driven the car in one race since his reinstatement.

“The whole GMS organization is very proud of Spencer for getting reinstated after completing NASCAR’s Road to Recovery program after the results we received post-Talladega,” Beam said in a statement upon the announcement of Gallagher’s reinstatement.

BK Racing’s No. 23 is 34th in Cup Series owner points, 21 races into the 36-race season. Gray Gaulding has drive the No. 23 Cup Series car in 17 races, so far, this season. J.J. Yeley, through a partnership with NY Racing, and Blake Jones have driven the car in the other four races.

GMS Racing continues to put drivers other than Gallagher in its car as it continues to fulfill commitments made to other drivers during Gallagher’s suspension.