Actual coupes, too. Not the SUV ones. 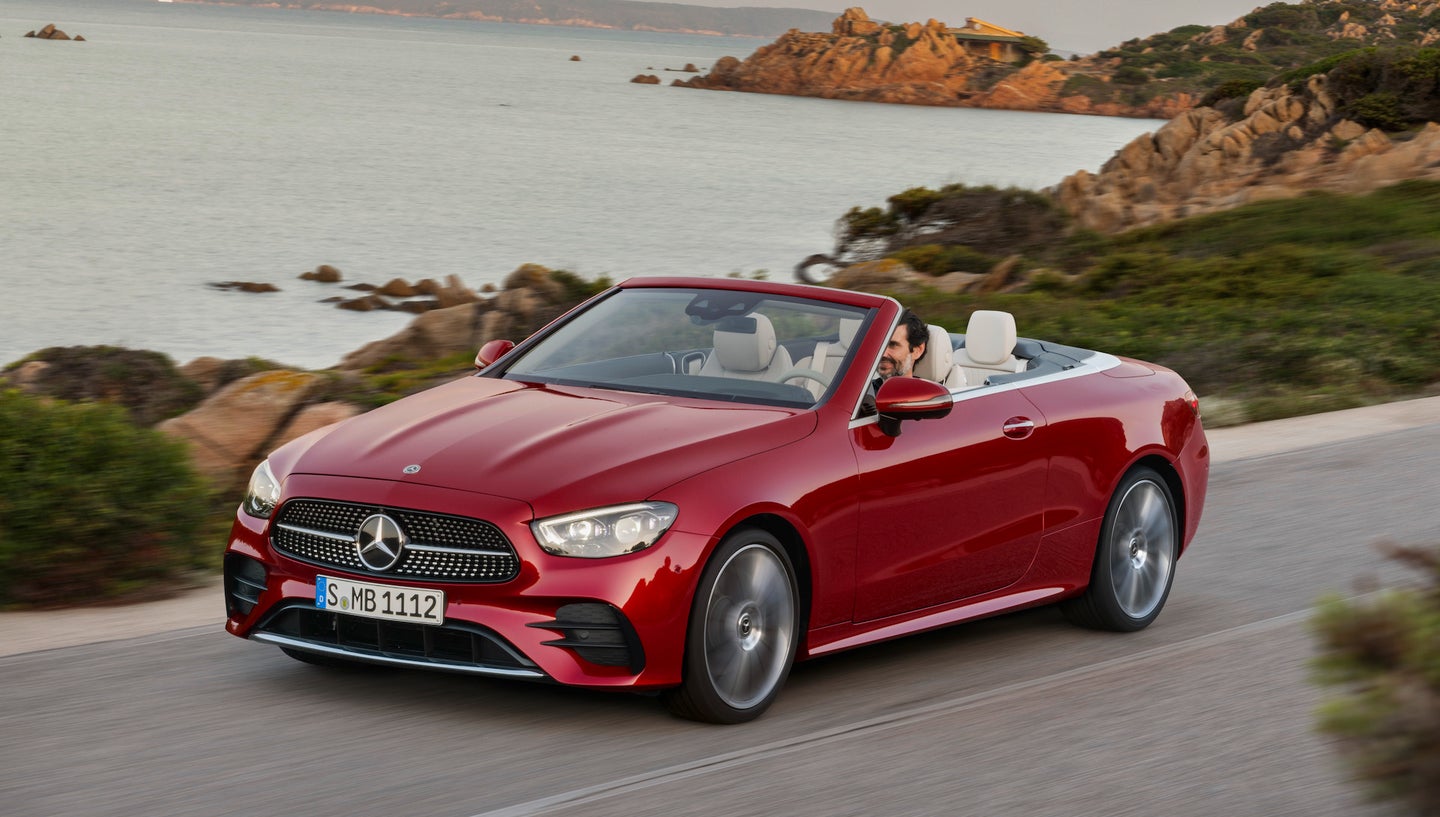 If Heinz and Mercedes-Benz have one thing in common, it's that their products planners have been on some good stuff as of late. There are now more varieties of Mercedes than there are Heinz, whose own 57 now include concoctions like "Mayocue,” a mixture of mayonnaise and barbecue sauce. And to people with such taste in condiments, Mercedes is glad to sell similarly bizarre vehicles, like the AMG GLC coupe-over. Addressing every niche has made Mercedes' lineup downright confusing, which is why the luxury carmaker will reportedly dash some products from the United States market—many of them being traditional two-doors.

According to Automotive News, Mercedes-Benz USA CEO Nicholas Speeks told dealers in late June that seven models are scheduled to go by the wayside, though the models themselves weren't specified. "A source familiar with the plans," however, indicated to AN that still more could be at risk, identifying the coupe and convertible C-, E-, and S-classes, the CLS coupe, and one of the varieties of AMG GT, most likely the four-door model.

While sedans sound safe for the time being, Mercedes still reportedly plans to reduce the format’s presence in North America. The Daimler-owned automaker will reportedly end production of the A-class at its Aguascalientes, Mexico plant after just two years there, and recall C-class manufacturing from Alabama to Germany.

The widespread two- and four-door termination is believed to be part of a scheme to slim a lineup that has nearly doubled in size these last 20 years, and currently encompasses over 100 combinations of bodies and engines in the U.S. alone. Some of these engines and platforms could reportedly be scrapped to fund development of advanced driver-assistance systems (ADAS) like autonomous drive, and electrified drivetrains, which will propel an increasing number of Mercedes these next few years.

In 2021, Mercedes is expected to launch at least three new electric vehicles, including the entry-level EQB crossover, flagship EQS sedan, and possibly one of two models originally planned for this year. The Drive has reached out to Mercedes-Benz for clarification on whether the EQA crossover or EQV van's launches have been pushed back by COVID-19, and we will update when we receive a statement.

The Front-Wheel-Drive Coupe Is Now Extinct

The Civic Coupe is dead. This is the first time the U.S. has gone without a true FWD coupe since the ’60s.