The Story Behind Kenya’s Mercedes-Benz Graveyard 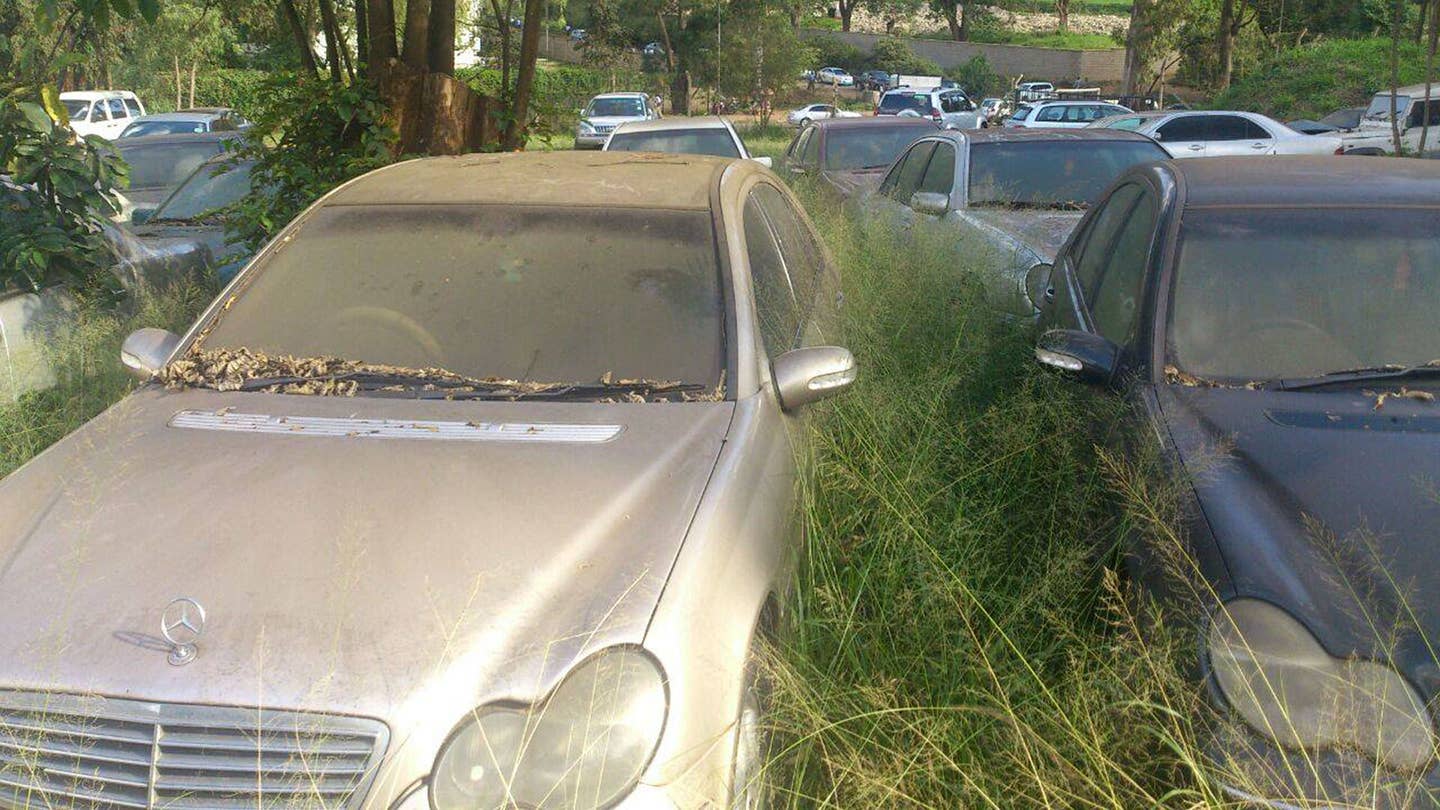 Pour a little palm wine out for the Mercedes-Benz sedan. Prime examples of malaise-era (Daimler-Chrysler) E-Classes and C-Classes are moldering in an overgrown parking lot just outside the Kenyan capital of Nairobi. Their fluids have been fertilizing the flora for well over a year, and Kenyan news media are again taking up their cause—and that of the taxpayers who have underwritten the embarrassing luxury-car boondoggle.

The cars, which reportedly were purchased by senior judges, have been wasting away in a judiciary lot since at least 2014. According to Nairobi daily The Star, the judges have since been sent packing by an oversight committee. Left behind along with their substandard legal work were 50 of their cars, most notable among them 27 Mercedes-Benz sedans, 10 Peugeots, a pair of Land Rovers and a Nissan X-Trail. According to an unidentified source on the judiciary, some of the cars have just 10 km on the odometer. Layers of pollen and dust have also done little to blunt these cars’ desirability, a fact not lost on parts poachers, who have raided the cars’ innards, according to The Star. Hey, want not waste not.

The lack of governmental action to sell, part out or otherwise dispose of the cars has become an embarrassment as significant as the initial, allegedly crooked, purchases. Indeed, taxpayers apparently underwrote the judges’ buying spree, and are underwriting the steep losses on the vehicles as government ministers weed through the legalese of selling ill-gotten cars. “We are in the process of disposing of the cars,” a spokesman for the courts toldThe Star. An earlier initiative to sell the cars at auction met with what the spokesman called “poor offers.”

More immediately, the courts are pursuing some of the departed justices for embezzlement. You’d think the local Mercedes-Benz owners’ club would intervene, but then again, much of its membership appears to be on the lam.