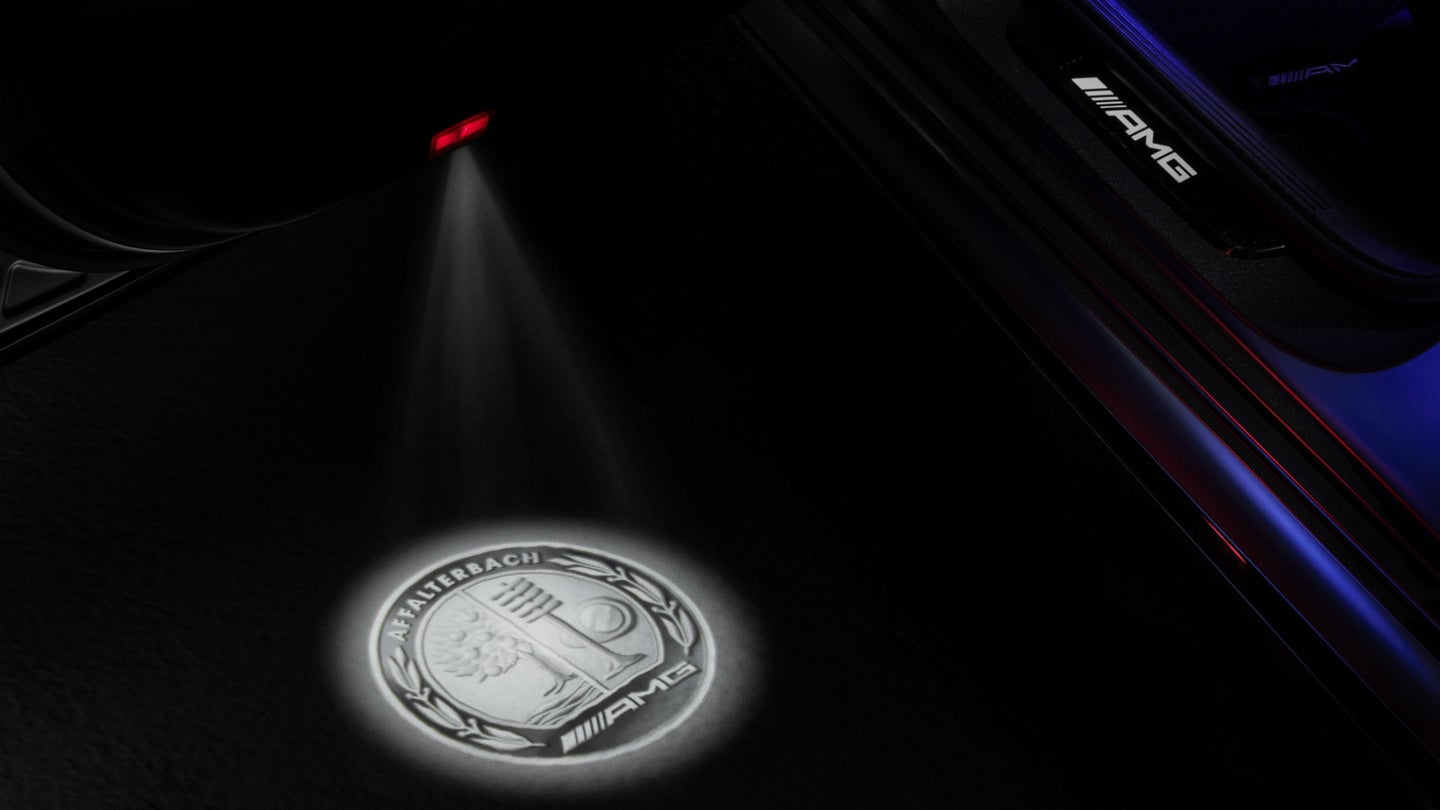 As affordable cars start to gain access to more technology previously only available in premium automobiles, luxury brands are scrambling to develop new features to widen the shrinking gap between cheap and expensive cars. The king of luxury, Mercedes-Benz, thinks it's found a solution with the AMG Emblem Projector.

The new feature does exactly what it sounds like. When opened, the driver's and passenger's doors will project a 3-D LED image of the Mercedes-AMG logo onto the ground where you enter the car. It's a classy customization option that illuminates the ground under occupants' feet when they enter the vehicle, with a reminder that they're about to step inside a top-of-the-line luxury Mercedes.

The new emblem projector won't just be available for Mercedes-AMG variants though. Parent company Daimler says owners of 'Benz cars including the A-Class and GLS can add the feature when they choose the Door Lighting Package.

The logo is made up of a valve, valve spring, and cam representing AMG's love for engines, with the AMG logo on the bottom and the word "Affalterbach" on the top, reminding owners of where its performance cars were made. Mercedes-Benz owners have to settle for the Mercedes star logo projected onto the ground.

Current AMG owners with door lighting installed can talk to Mercedes to have their cars upgraded to accommodate the projector. It's a simple fix, and Daimler says it takes just a few minutes to do.

We've seen this technology on other German luxury cars like the Audi RS3, but the attention to detail AMG has put into its LED logo is unmatched. It's certainly a major step up from the illuminated star that Mercedes touts as a classy feature, which many people have expressed their discontent over.